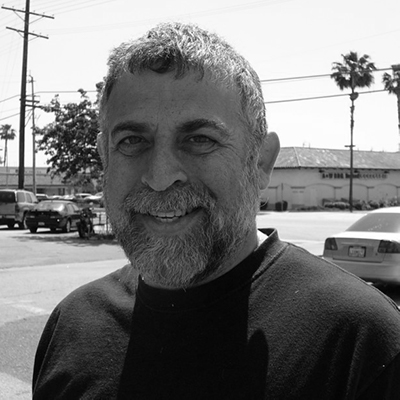 — From October 2022
The Sun Interview

All In The Family

Faith Friedlander On Adoption And Parenthood

Not every adopted adult needs the same thing, but I do think most adoptees, at some point in their lives, will want to look into their past. And someone in their birth family might come searching for them. With the Internet and readily available DNA tests, it’s not so easy to hide anymore.

Made To Be Broken

Richard Albert On The Difficulty Of Amending The U.S. Constitution

The way Americans interact with each other now has made it clear that the Constitution was perhaps never deserving of all the praise it’s gotten.

Daniel J. Levitin On Why Memory Isn’t So Black And White

Seeing and hearing are selective. We register what is needed at the moment and unconsciously ignore other input. It may seem that our eyes are like a camera and our ears are like microphones, objectively recording everything, but . . . our senses are not at all like those devices.

Alyson Martin And Nushin Rashidian On The Move Toward Legalizing Cannabis

Cannabis is legal in Canada for both adult and medicinal use. Mexico could legalize cannabis by the end of this year. The United States is going to be squeezed on both sides, with Americans vacationing in Cabo San Lucas and Montreal, using legal cannabis, and perhaps wondering why their own country isn’t moving forward with similar policies.

Merlin Sheldrake On The Unseen Life Around Us

Fungi are decentralized. They’re able to coordinate their behavior without anything resembling a brain. They can connect perception and action without having a special place to do so. The coordination somehow takes place everywhere at once, and also nowhere in particular.

Cristina Beltrán On What Unites And Divides Latinos

I wish the Democratic Party would put more resources into these communities instead of waiting until shortly before an election and parachuting in a few campaign workers to do some half-assed Latino-turnout work. Latinos are not automatically the firewall for the Democratic Party.

Not So Different After All

With the coronavirus we have another interesting issue: how we eat wildlife. Ecologists and conservationists have been saying for fifty years that we shouldn’t be eating everything on the planet.

We are more comfortable in our culture talking about the distant past. We love black history; it’s black people we don’t like.

It’s a mistake to think of each episode of police misconduct as an isolated incident that might have gone another way if different officers had been involved. It’s not about individuals. The problem is a political imperative toward overpolicing.

To see the full picture of Indians — as people who have had a continuing, complex relationship with all aspects of American culture — is just too much for some people. They want to put Indians in a box.

Not So Black And White

Dorothy Roberts On The Myth Of Race

I’m not saying that race is a natural division of human beings that can lead to unjust hierarchies. I’m saying that the very concept of race was invented to create and enforce such hierarchies.

April 2019
What Do You Think? We love getting letters to the editor for our Correspondence section.
Has something we published moved you? Fired you up? Did we miss the mark?
Send A Letter