Heavenly Father, in your infinite goodness you created the earth and blessed us with its clear, abundant waters and fertile lands yielding plenteous harvests of fruits and vegetables and grains, some of which happen to contain gluten. We praise you, Lord, for creating gluten, an important yet humble source of protein enjoyed for centuries by the peoples of many nations, the great majority of whom didn’t even know it existed until recently. God, you sent gluten into this world as you sent your own Son, to save us, not to torment us with vague and possibly imaginary physical symptoms. So please help certain people to remember, gracious Lord, even as they shun and revile gluten, that it is still a creation of your own Almighty hand, and that, being God, you probably knew what you were doing when you created it. Enlighten those of us in your flock, O Lord, who go about slandering gluten with great authority and volume, even though they never heard of gluten until last year. Gently remind the fearmongering gluten slanderers to study Wikipedia — which you also created, Lord, so that we might come to know your wisdom more instantaneously — for they might be surprised to learn that gluten was discovered in the seventh century by Buddhist monks who used it as a substitute for meat, thus sparing from slaughter many of your beloved cows, chickens, pigs, and sheep, all of whom might be totally extinct by now were it not for gluten. Also help us to be mindful, O merciful God, of how gluten itself must feel — for who are we to say that gluten does not have feelings? (We imagine gluten is appalled, to put it mildly.) As you yourself opined in Romans 14:3, “Let not the one who eats despise the one who abstains, and let not the one who abstains pass judgment on the one who eats, for God has welcomed him.” Gluten certainly takes no umbrage at the estimated one out of every 135 people who actually suffers from celiac disease or the euphemistically yet still hatefully named “gluten intolerance.” Gluten has been around long enough to know that you can’t please everyone. No, gluten has no problem with these people. Gluten will tell you who it has a problem with, Lord, and that’s the shameless opportunists who have turned “gluten-free” from a legitimate health mandate into a “lifestyle choice” for no reason other than their own personal gain, preying upon the fear and ignorance of the hitherto gluten-tolerant masses with websites such as Glutenista.com (“on a mission to Make Gluten-Free Fabulous © for everyone, everywhere”) and the sudden proliferation of such glossy publications as Gluten-Free Living, Simply Gluten-Free, and Living Without Magazine (a self-defeating title if ever we’ve heard one, as presumably the publishers do not want readers to live without the magazine itself). Gluten knows perfectly well that Exodus 14:14 says, “The Lord will fight for you, and you have only to be silent,” but gluten has been silent for centuries, God, and guess what: it’s not working. Therefore, gracious Lord, gluten would like you to know that it has recently met with an attorney regarding a potential defamation claim. And gluten will tell you something else right now, Lord: it was here long before these gluten haters were born, and it will be here long after they’re gone. Not unlike yourself, O Lord, gluten is here to stay.

It must be annoying for Wendy Brenner to have to deal with the masses who have jumped on the gluten-free bandwagon. As for me, I have to deal with constant heart palpitations, my kids’ leaky guts and temper tantrums, and my husband’s bloody diarrhea when we eat gluten, and none of us has celiac disease. The good news is that all of these symptoms disappear when we don’t eat gluten.

I wonder if Brenner can so easily overcome the chip on her shoulder? If she doesn’t want to do the research to figure out how gluten has changed over the centuries and why so many of us can no longer tolerate it, she should just ask a naturopath. That might cure her ignorance.

For the record, I believe in both gluten intolerance and prayer.

I understand some readers might not find my piece amusing, though humor was my intention. I am surprised, however, by the personal assumptions made about me. A decade ago, in my mid-thirties, I underwent surgery for cancer: twelve inches of my colon were removed and the remainder was reconnected with titanium clips. Every day, still, I contend with dietary restrictions, physical pain, and the resulting life limitations. Perhaps this information will outrage some readers even further, but I hope instead they will take a moment to question their own unconscious biases and, yes, “intolerances.” Most of us, if we are lucky to live long enough, will experience considerable pain, illness, or disability. These conditions are often invisible. We can choose to use our pain to separate ourselves from others, or to better understand and empathize. For many months after my third or fourth surgery, I kept a note on my nightstand that said simply, “People with migraines.” When I woke up in pain, the note helped remind me that, while I might be suffering in isolation, I was not alone.

Wendy Brenner’s “Prayer for Gluten” may be a clever and entertaining read, but it also presents adhering to a gluten-free diet as a joke. I regret seeing it published in your magazine.

Wendy Brenner should thank the God she prays to that she does not have eating restrictions.

As someone afflicted with gluten intolerance, I am grateful to those who choose to forgo gluten as a lifestyle choice. Because of the increased demand, there are now many more nutritious and delicious food selections on the market besides the dry gluten-free bread of yore.

How wonderful it would be to partake of pies, cakes, cookies, pizzas, sandwiches, and quiches like everyone else. But, alas, doing so would make me sick. I’m also sickened by the smarmy, venomous, judgmental, pseudo-humorous attack by an author who has no idea what it’s like to live with this very real, life-altering problem.

Bravo to Wendy Brenner for her clever and much-needed “Prayer for Gluten.” I’m so glad I’m not the only one weary of the gluten-free crowd and their humorless, hand-wringing angst.

Wendy Brenner’s rant on gluten [“Prayer for Gluten,” September 2014] left me laughing out loud as I thought of the long list of family members and friends I cannot have over for a meal without first taking inventory of their food abstinences and intolerances. I’m often left too daunted to invite them.

In your December 2014 Correspondence six of sixteen letters were from people who were offended either by an article or by someone’s letter about an article.

I will grant you that conservative commentator Bill O’Reilly is a pain in the butt, but he is right about one thing: there are an inordinate number of people in our society who take offense at virtually anything they disagree with. And, believe me, I am just as prone to this behavior as anyone else.

Why do we so often do this? Philosopher Ken Wilber offered some explanation in his book Grace and Grit: “The ego . . . is kept in existence by a collection of emotional insults; it carries its personal bruises as the fabric of its very existence. It actively collects hurts and insults, even while resenting them, because without its bruises, it would be, literally, nothing.”

One more bit of wisdom, from music producer Quincy Jones: when he organized performers for a benefit, he advised them, “Leave your egos at the door.”

In my advancing old age, I am finding that if I leave my ego out of interactions with my sisters and brothers, I am less interested in taking offense and more interested in loving them.

Nelson Page San Saba, Texas
More Letters
Thank You Your donations helped to keep our ad-free, nonprofit magazine in circulation last year, funding everything from production to distribution. Learn how you made a difference last year. Learn More 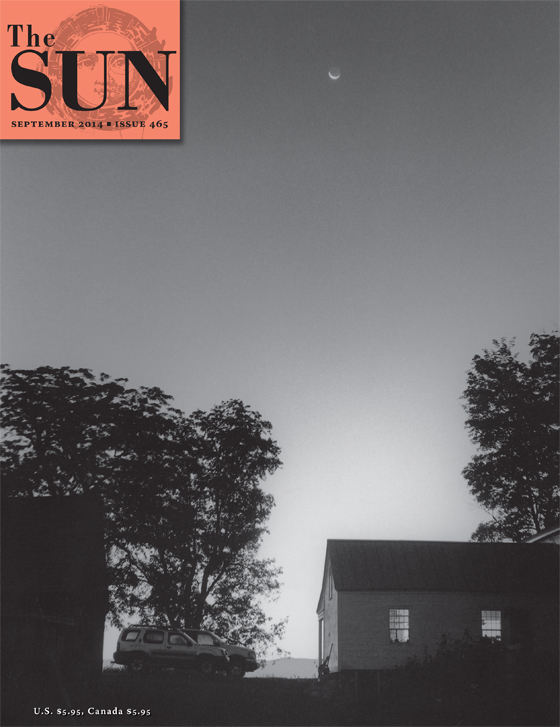 Bodies Of The Giants