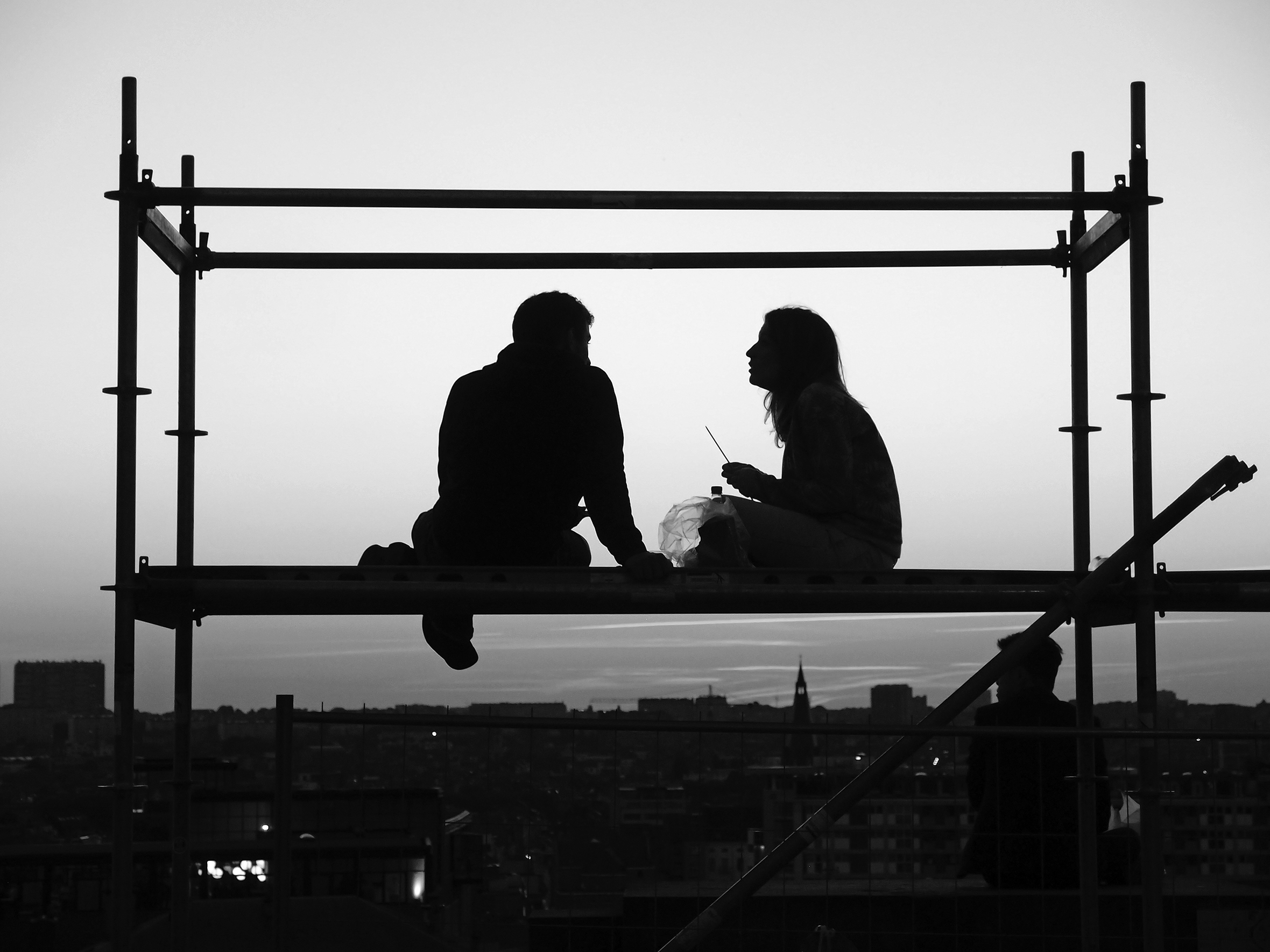 The plastic chicken tray from Whole Foods infuriates Otto. In Germany, he says, there is none of this excessive-packaging bullshit.

I apologize on behalf of America, I say and throw the tray in the trash. He glares at me. The city won’t recycle it, I explain. It says so on the website.

Later I find the tray on the windowsill filled with damp soil. When I poke the dirt, a tiny seed rolls into view.

Other bits of garbage show up around the house. A torn pair of underwear becomes a dishcloth. The cork from last night’s bottle of pinot is a key ring. (It floats! Otto crows.) A bowl of coffee grounds and brown sugar sits on the edge of our bathtub to use as body scrub.

When I met Otto while studying abroad in Munich, I never expected him to become a surly, green-power eco-freak. We ate bagels and sausage in a small cafe. We pulled each other’s clothes off in the dim, spare room he rented. We talked about marriage.

Isn’t this getting a little crazy? I ask.

Do you want to live in a postapocalyptic hellscape? he replies.

Well, then. And he pulls an expired American Express card from his pocket and begins scraping the iron skillet with it.

He uses an old, ratty bedsheet as toilet paper.

I think about moving out. Otto is acting like my grandfather who survived the Great Depression by repairing the holes in his shoes with cardboard and wearing a blanket under his winter coat, and who was never able to relax, not even fifty years later. He shamed us for our wastefulness and licked his plate at dinner and hoarded newspapers in case he ever needed to burn them for heat.

I try once more with Otto: We don’t have to do this. We can afford actual store-bought potato chips and paper products and sponges.

He has developed a shorthand response to my entreaties: Landfill, he hisses, and he walks away.

I start to think maybe he’s right. Maybe we all need to sacrifice. Trying to live more like Otto, I unravel a worn hiking sock and use the threads to floss, but they leave tiny filaments clinging to my gums and lips.

One day I come home from work and find Otto lying in our driveway in the dark. I almost didn’t see him. He doesn’t acknowledge me when I park at the curb and get out.

What are you doing, Otto?

I was hoping you’d run over me.

What? I crouch beside him and touch his thigh. What’s going on with you?

Tears bubble from his eyes. My existence is hurting the planet. Everything I do damages someone or something.

How can I not?

I lie down next to him. He no longer seems like a surly, green-power eco-freak.

Maybe we could start a group or something, I offer. Like, a neighborhood recycling council.

It won’t be enough.

But it will be something.

Above us a jet soars over the city.

A Boeing 747 burns five gallons of fuel per mile, Otto says in a monotone.

Do you think you might be mentally ill because you are not obsessed?

We lie there in silence, the cool night air skimming over us.

I live in the Bay Area, in one of the more environmentally conscious cities in the U.S., where my heart is broken by a massive homeless crisis, devastating fires that are the result of climate change, and a barrage of destructive decisions by our leader in the White House. And my heart was broken again by Angie McCullagh’s short story “Green Freak” [October 2019], which I read to friends I’d invited to dinner and to coworkers in my office. I was met by a moment of pensive, emotional silence from each person who heard it.

Agi Ban Oakland, California
More Letters
Thank You Your donations helped to keep our ad-free, nonprofit magazine in circulation last year, funding everything from production to distribution. Learn how you made a difference last year. Learn More