She say, My first step from the old white man was trees. Then air. Then birds. Then other people. But one day when I was sitting quiet and feeling like a motherless child, which I was, it came to me: that feeling of being part of everything, not separate at all. I knew that if I cut a tree, my arm would bleed. And I laughed and I cried and I run all around the house. I just knew what it was. In fact, when it happen, you can’t miss it.

If a mind perceives without love, it perceives an empty shell, and is unaware of the spirit within.

To the untrained eye, ego-climbing and selfless climbing may appear identical. Both kinds of climbers place one foot in front of the other. Both breathe in and out at the same rate. Both stop when tired. Both go forward when rested. But what a difference! The ego-climber is like an instrument that’s out of adjustment. He puts his foot down an instant too soon or too late. He’s likely to miss a beautiful passage of sunlight through the trees. He goes on when the sloppiness of his step shows he’s tired. He rests at odd times. He looks up the trail trying to see what’s ahead even when he knows what’s ahead because he just looked a second before. He goes too fast or too slow for the conditions and when he talks his talk is forever about somewhere else, something else. He’s here but he’s not here. He rejects the here, is unhappy with it, wants to be further up the trail but when he gets there he will be just as unhappy because then it will be “here.” What he’s looking for, what he wants, is all around him, but he doesn’t want that because it is all around him. Every step’s an effort, both physically and spiritually, because he imagines his goal to be external and distant.

Robert Pirsig, Zen and the Art of Motorcycle Maintenance

If you begin to understand what you are without trying to change it, then what you are undergoes a transformation.

Two things come to mind that are euphoric for me. One is the universal euphoric: sex, that period of time when you are at an absolute peak of sexual feeling. The other is when I create something that moves me. When I am the audience to my own creation and I’m moved. If it were a drug and I could buy it, I’d spend all my money on it.

Whatever the next thing is I write, it’s got to be even more naked than the last.

Everywhere in the world one has to pay for the right to live on one’s own naked spiritual reserves.

Where the spirit does not work with the hand there is no art.

Zorba, in Zorba the Greek by Nikos Kazantzakis

I measure time
by how the body sways.

The function of dreams is to teach the waking mind how to forget what it thinks it knows but doesn’t.

There’s a mystery dimension in myth — there always is, and you can’t put a ring around it. It’s the difference between drawing a circle on the ground and dropping a pebble into a pond from which circles go out. The myth drops a pebble into a pond, it tells you of a certain center, it puts you on a certain center — what the Navajo call the pollen path of beauty — but it doesn’t give you a definition.

Through pride we are ever deceiving ourselves. But deep down below the surface of the average conscience a still, small voice says to us, “Something is out of tune.”

The Tales of Rabbi Nachman, translated by Martin Buber 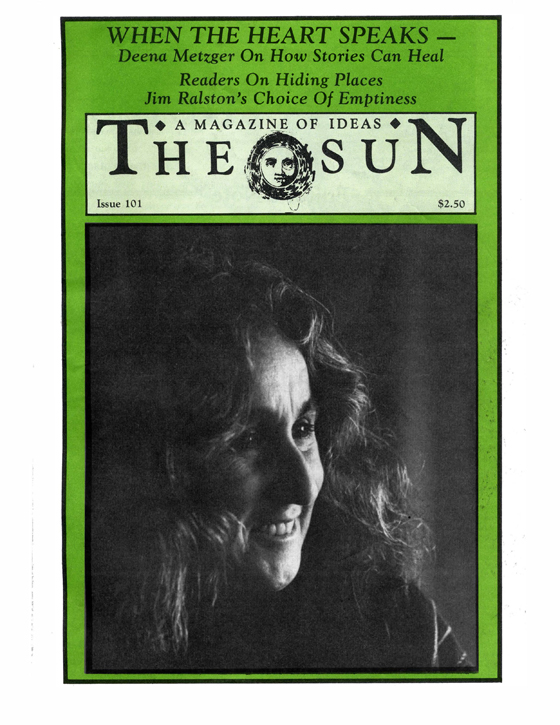 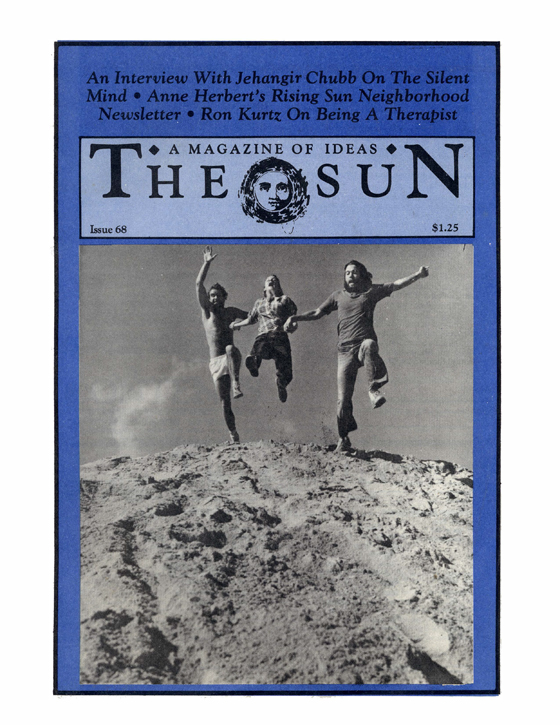 An Interview With Jehangir Chubb 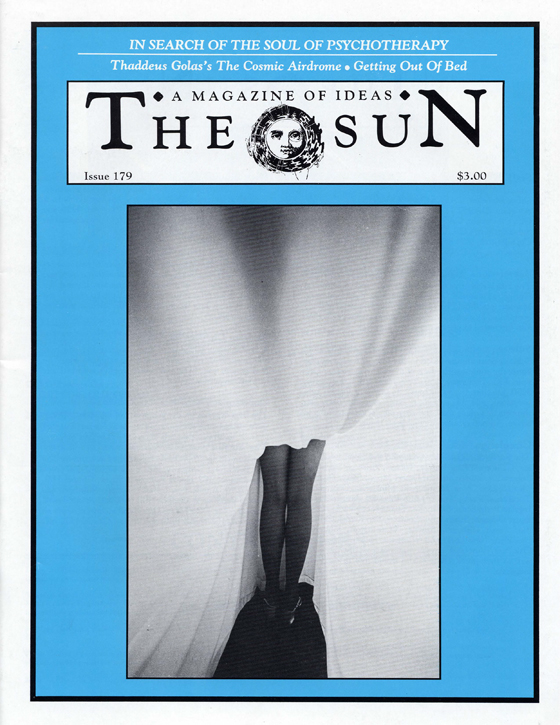 The Lourdes Of Arizona

In Search Of The Soul Of Psychotherapy

By Lorenzo W. Milam
More from the archives
close