Life is a maze in which we take the wrong turn before we have learned to walk.

Now, in the exacting twilight, to choose, not what we shall do or how we shall live but to choose the life whose dreams will hurt least in the nights to come.

Whoever tries to act like an angel makes a beast of himself.

On the mountains of truth you can never climb in vain: either you will reach a point higher up today, or you will be training your powers so that you will be able to climb higher tomorrow.

He led a double life. Did that make him a liar? He did not feel a liar. He was a man of two truths.

May my silences become more accurate.

I don’t know what your destiny will be, but one thing I do know: the only ones among you who will be really happy are those who have sought and found how to serve.

No trace: When you do something, you should burn yourself completely, like a good bonfire, leaving no trace of yourself.

Life does not need to mutilate itself in order to be pure.

To stand on one leg and prove God’s existence is a very different thing from going down on one’s knees and thanking him.

He who believes in nothing still needs a girl to believe in him.

Just remember, we’re all in this alone.

I work from awkwardness. By that I mean I don’t like to arrange things. If I stand in front of something, instead of arranging it, I arrange myself.

The problem with introducing Oriental spirituality into America today is that the cultural barrier which the light from the East must pass through functions as a thick prism. The prism consists of American consumer culture and psychological individualism. Robbed by the prism of its color and sharpness, the now-refracted Oriental light serves as one more support for the structure its original teachers had most hoped it would undermine: the isolated, Western competitive ego.

No snowflake ever falls in the wrong place.

The silver question is the one you are always afraid to ask (and the answer is yes). 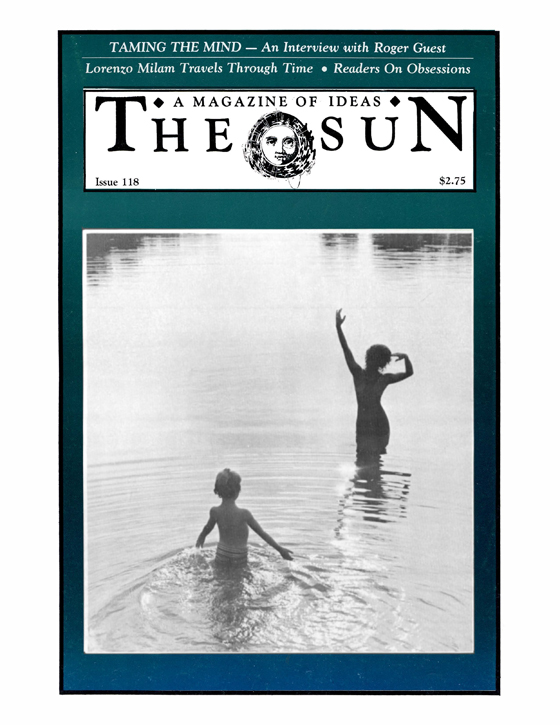