There are those who say miracles are part of the good news, but I am not so sure that what they are referring to is actually so good. In hard times, many look for good news or seek out the bad — the former to disperse or suppress the latter or the latter to shore up and elevate the former. Perhaps it is a little like war and peace: in war, peace seems an unattainable marvel, a miracle of sorts. But in peace, neither peace nor war is well-remembered . . . peace becomes “boring” or “ordinary” and war may not really be all that bad after all. In good times there are fewer miracles, so-called. Good news is often for the hard-pressed.

Not long ago, Ringling Brothers and Barnum and Bailey’s circus came to New York sporting not just lions and tigers, clowns and trapeze artists, but also something management called a “unicorn” — a goat surgically altered so that only a single horn grew from the center of its head. By calling it a “unicorn,” the owners gained a great deal of attention. Perhaps there were some in the audience who came away actually thinking they had seen a unicorn. Words are powerful — talismanic and powerful.

Miracles, of course, do not depend solely on public relations or surgical dexterity. Miracles are more than words. They are experience, sometimes quite tangible. Giant cabbages, levitation, walking on water, ancient sores healed, and crutches cast off. Or visions as clear as a dream, so seamless in reality as to defy and deny question or discussion.

— Outside an American monastery in the 1960s, there was a gathering of some sort. A child near a tableful of food overturned a coffee urn. The scalding liquid drenched his body. Someone ran to the monastery for help. Several monks came out, formed a circle around the child, and prayed. Neither then nor later was the child marked.

— An American woman I once knew was in Tibet as a Buddhist nun. She lived on the outskirts of a small village high in the mountains. One day as she trekked into the village, she saw the children who were her students gathered in the road, laughing. At the center of the group was a single boy, crying. The American woman arrived at the edge of the group and demanded an explanation of one of the laughing children.

“Oh, that Kun!” the child explained between gulps and giggles. “He was practicing levitation indoors again and banged his head on the ceiling! Again!”

— Another woman I know was sitting on a New York subway one day when, across the aisle, she saw with crystal clarity a group of Oriental men, richly dressed in brocade, elders of some kind from another time.

— One of my own experiences was this: walking along Lexington Avenue on a misty-moisty morning, the colors, as always in the gray, stood out in bold relief: stoplights, umbrellas, neon, the white lines along the slick tarmac, brake lights as the cars passed and receded — all were etched and clean and clear. The whole scenario was lovely and real until, with a suddenness hard to describe, I knew for certain it wasn’t there. Any of it. My eyes took in the sights. My ears took in the sounds. My nose took in the smells. And yet I knew — knew from before my bone marrow, knew without thinking or believing or longing — none of it existed. No more did “I” exist. As the leaper may consider the precipice, the drop, and his own dropping, so I knew for sure that there was no leaper, no leaping, and no place to leap to — not even here. I came home and was torn between enormous laughter and gales of tears, sometimes simultaneously.

The dictionary defines a miracle as a happening that “deviates from the known,” a “wonder.”

Given this definition, I think there are at least two ways of approaching a miracle. One is to credit everything you know and believe, opine and judge. You go on holding tight-tight to it all while standing in awe and fear and wonder for that which is “miraculous.” Because it is beyond your ken, your knowledge, you may attribute the miraculous to a (you hope) benign Other. This approach allows you to go on feeling right and secure while making room for change with a wild card. The tighter you hold on to what you believe or think, the more miraculous the wild card.

The second approach is to question what you consider “known,” to look closely: is this happening really “deviating from the known” or is what is known simply a deviation — an approach too narrow in some way to allow seeing what is right in front of your face? If (I repeat, IF — it is never wise to relinquish ignorance too quickly) this is the case, a reshuffling of your own deck may be required.

In practice these two approaches are not so far apart except that in the first case, selective amnesia may be easier; for example, it is sometimes easier to do what you want to do when you praise or blame something or someone else. By praising “God” and never personally asking/answering the question “Who is God?” it may for a while seem easier to laugh and play, sorrow and repent, get angry and hate, love and be loved . . . to get along with the “ordinary” business of living. In much the same way, there is temporary security and ease in praising or blaming a spouse or parent, friend or enemy: this person makes my life worth living (no wonder I’m happy); that situation is awful (no wonder I’m sad).

Constant change, the transience of all things, offers a million million chances a day to start playing with a straight deck, but playing with a wild card — the benign or malignant Other — is popular.

Using the second approach is far less popular. And for good reason. To turn the light around and ask, “What is this miracle?” “What is death and birth?” “Who is this God?” is to open an enormous can of worms. Using prayer or simple care, meditation or simple attention, you find yourself rooting around in the attic and the cellar of your house, discovering carton after carton of mildewed and dusty boxes, each daring you to open it up — to sift, remember, clarify, weep, love, envy, be proud, ache. Wouldn’t it be easier just to let sleeping dogs lie, forget it, and get on gettin’ on? Well, maybe. Except that then the points of difficulty would simply assert themselves over and over again. Loss and gain, success and failure, love and hate, pride and humility — back and forth like a pendulum. All those wild cards!

But it takes an endless care, this house cleaning. The price is high. The prize is nothing in particular. Standing on your own feet is nothing special after all. Freedom was never really missing from the start. Saying this is the kind of thing you can now leave to the lovers of miracles. Saying is easy. Knowing is, well, pleasant perhaps. No more tricks! Miracle moment after miracle moment. It’s easier with time and attention, patience and courage, doubt and failure: the only way to know a miracle is to be one. NOW you can leave the miracles to fools. 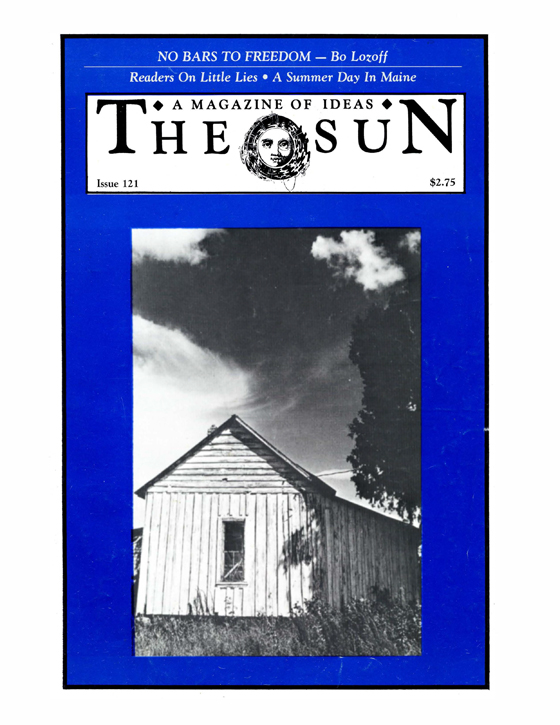