My Life In Marketing Research

When I returned from Denver to Manhattan last fall I needed a job. My first idea was to be one of those guys who sit on boxes outside discount stores on Dyckman Street watching that no one steals plastic coat hangers — but all those positions were filled. My next plan was to be Santa Claus. I went to Macy’s, asked for the Santa Claus Department, rode to the ninth floor, and discovered that the Father Christmas industry is run by gays! For half an hour I sat on an uncomfortable green chair overhearing who was in which Off Off Off Broadway play and who was breaking up with whom. Finally, I was interviewed by a fellow so likeable that I found myself telling him I had a Master’s Degree in Creative Writing, was planning to travel to India, etc. “We’ll be happy to have you,” he said, “if you’ll shave off your beard.” Life is full of such ironies.

That’s how I became a Marketing Researcher. Soon I was sitting in an air-conditioned office asking fourteen-year-olds in Boise, Idaho, “Would you say someone who drinks Nestle’s Quik is a Preppie, Punk, Disco Crowd, Rocker, or a Goody-Goody?” and punching their answers into a computer. It’s one of those jobs one justifies by saying, “It’s a job,” or at best, “I like the people.” And I did like the people — black lesbians, post-alcoholic intellectuals, old hippies, aspiring rap DJs — who had all settled to the bottom of society like snowflakes falling on an empty lot on 213th Street. And women fifteen years younger than I who were already mothers — and good mothers. They would bring their solemn three-year-old sons with them to work in little suits and we would all smile. After three days I felt guilty for considering leaving.

The people on the phone were less interesting, being Polite Americans, though sometimes they would say things like, “The road to Ashtabula’s washed out,” or describe their jobs in tensor electronics. And the fourteen-year-olds of Boise, Idaho would actually tell you the Disco Crowd drank Nestle’s Quik, because they thought that’s what you wanted to hear.

I hadn’t had a 9-to-5 job since “The Exorcist” was a hit, so it was a Thrill Of Return to ride with the Four Million to work — though a bit discouraging to note that their minds seemed to have separated from their bodies and were perhaps roaming the Amazon.

What’s nice about having a job — even at $4 an hour — is that you buy yourself little treats, like pumpernickel bagels at Zaro’s Bread Basket in Gimbel’s — and after work do cool things like walk to The Jefferson Market Library to see “The Thin Man” for free.

Working on 33rd Street made me realize how much I cared about the Empire State Building. I learned at exactly which point in the block the top disappeared (by the Pleasant Valley Chinese Restaurant) — and on my lunch break I’d walk in the lobby and dream of visiting the Guinness Hall of Records. I once heard a teenager curse in one of its doorways and had the urge to tell him, “Don’t you realize where you are?”

My life would have continued in its rhythm — reading Dead Souls on the A train in the morning; losing to Francis, the Unbeatable Antiguan Chessplayer, at noon; discussing Maugham with Don, the former drama critic for The Soho Weekly News at 3 — between asking secretaries in Riverside, California, “Do you think your next typewriter most likely will/probably will/probably won’t/most likely won’t be an IBM?” That is, if it hadn’t been for the Mystery Caller Survey.

In the Mystery Caller Survey, you’d phone an air freight company in St. Paul, Minnesota and say, “I have a package two feet by two feet by two feet I’d like to send to Dar Es Salaam, Saudi Arabia. How much would that cost?” And they’d say, “Gee, you sound awful faint. You sure you’re in St. Paul?” And you’d laugh and say, “Yeah, we have one of those new phones,” and they’d say, “What’s the name of your company?” And you’d say, “New Wave Sprockets,” and they’d say, “What’s your address?” And you’d say, “We’re just looking for a price” — and this would go on until the clerk would either state emotionlessly, “I’m sorry, we’re not allowed to give out that information,” or chortle, “Yeah, I know how it is,” and quote a price. Either way you’d feel terrifically guilty.

I sat next to Amanda, who’s the kind of person whose friends are in The Society For Creative Anachronism, the ones who dress up as twelfth-century knights. Amanda loved the Mystery Caller Survey, and discovered that if she affected a halting Chinese accent no one would challenge her. Impersonating a distracted Midwesterner named Charles Rasmussen, I had less success. Alert shipping clerks in Des Moines began to explode: “But Mr. Rasmussen, you called two hours ago from Daiquiri Electronics!” Fear of exposure began to haunt me.

Then I figured out what I was doing. A large shipping company, whose name I am forbidden to disclose, was contriving to undercut the competition, drive them out of business, and then jack up prices — and I was their tool! It got to the point where I could no longer look myself in the mirror, even without shaving.

I left Marketing Research, but I had already made the acquaintance of the man with the enormous mustache. He turned out to be a student of Taoism, and gave me good advice on my trip to India. “Remember,” he said, “there are no demons.” 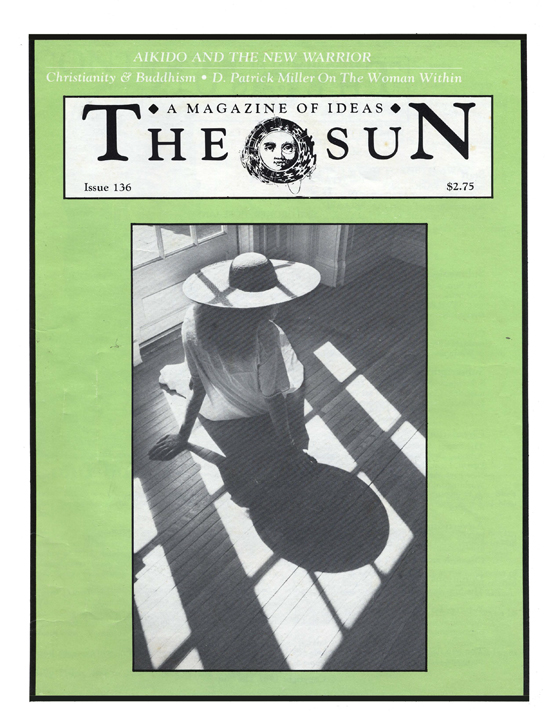 Seven Things I Learned Through Reincarnation

The Opponent Is Within

A Kind Word Turneth Away Wrath