I found David Steindl-Rast’s talk to the Sufis interesting (“The Shadow,” Issue 137] but as a Catholic, I was infuriated. Steindl-Rast says that the Catholic Church is beginning to incorporate elements of the Jungian concept of the shadow in its teachings, but there is no evidence of this. Steindl-Rast and Matthew Fox are the only Catholic clergy I’ve ever heard of who are even familiar with the shadow. The Church demands and has always demanded vows of obedience and chastity from its clergy. The first vow enables Church authorities to smother all angry criticism of its policies from within. The second vow prevents the clergy from fully knowing and living out their sexual feelings. By putting such strictures on the clergy’s knowledge of their personal shadow, the Church makes it clear to the laity that the shadow is bad, evil, sinful.

Historically, the Church has repressed its own shadow until it has become that monster of which Steindl-Rast warns us. The Church has seen the Devil in many of its competitors — people who have been persecuted as enemies, such as Moslems, Jews, women, Protestants, and Marxists. Indeed, Thomas Merton and others were frustrated in their effort to persuade the Vatican II Council to apologize to Jews for the persecution they have suffered from Holy Mother Church.

At a personal level, I feel angry that Steindl-Rast thinks he can persuade some Sufis that the official Roman Catholic Church, headed by its “infallible” Pope, is as psychologically sophisticated as he is. It is not. It remains perfectionistic, which is one reason I suffer from Terminal Guilt. I’d like to see Steindl-Rast explain the Church’s openness and understanding to a schoolchild who has just had the palm of her hand smacked with a ruler by a nun who caught her saying “damn.”

Mark O’Brien Berkeley, California
More Letters
What Do You Think? We love getting letters to the editor for our Correspondence section.
Has something we published moved you? Fired you up? Did we miss the mark?
Send A Letter 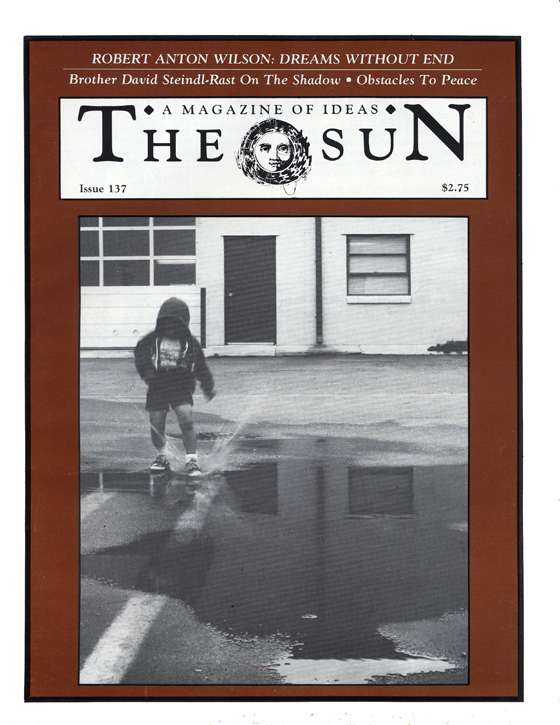