Joseph Campbell
The Power of Myth

Contempt is the weapon of the weak and a defense against one’s own despised and unwanted feelings.

Why should we honor those that die upon the field of battle? A man may show as reckless courage in entering into the abyss of himself.

Try? There is no try. There is only do or do not do.

Yoda
“The Empire Strikes Back”

Everyone automatically assumes that the present is the result of the past. Turn it around, and consider whether the past may not be a result of the present. The past may be streaming back from the now, like a country as seen from an airplane. If you look at it that way it makes sense. Just as the tail does not wag the dog, the past does not cause the present — unless you insist it does.

If the Earth is spinning around the Milky Way at five hundred and forty thousand miles an hour and you don’t feel that, how fast do you think you’re spinning?

Behind joy and laughter there may be a temperament, coarse, hard, and callous. But behind sorrow there is always sorrow. Pain, unlike pleasure, wears no mask.

There is the Hindu story of the child in the womb who sang, “Let me remember who I am.” And his first cry after birth was, “Oh, I have forgotten.”

A man has many skins in himself, covering the depths of his heart. Man knows so many things; he does not know himself. Why, thirty or forty skins or hides, just like an ox’s or a bear’s, so thick and hard, cover the soul. Go into your own ground and learn to know yourself there.

Most of us do not like to look inside ourselves for the same reason we don’t like to open a letter that has bad news.

Life is a rock. And a hard place.

I think we ought to read only the kind of books that wound and stab us. . . . We need the books that affect us like a disaster, that grieve us deeply, like the death of someone we loved more than ourselves, like being banished into forests far from everyone, like a suicide. A book must be the ax for the frozen sea inside us.

It took me fifteen years to discover that I had no talent for writing, but I couldn’t give it up because by that time I was too famous.

Every time she passed a mirror she was unable to resist the temptation of looking at the one thing that interested her most in the world — herself. And every time she was a bit disappointed — almost as if the girl facing her were some other person.

In our sleep, pain that cannot forget falls drop by drop upon the heart, and in our own despair, against our will, comes wisdom through the awful grace of God. 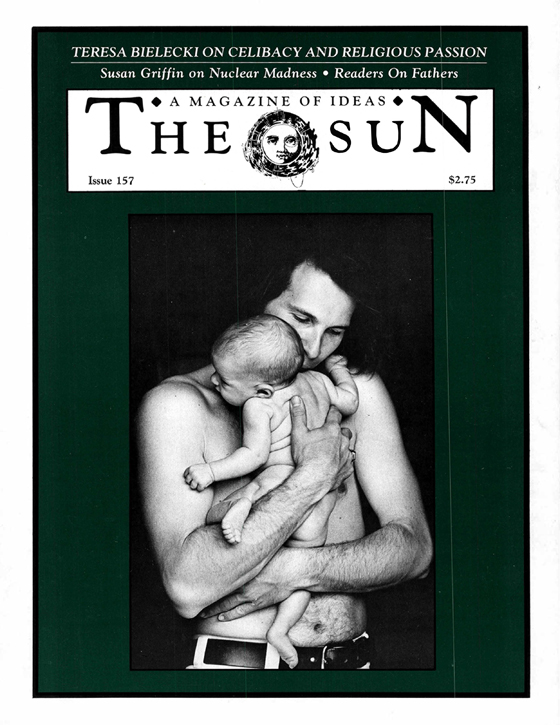 By Susan Griffin
The Sun Interview

An Interview With Teresa Bielecki