What is uttered from the heart alone will win the hearts of others to your own.

You develop an instant global consciousness, a people orientation, an intense dissatisfaction with the state of the world, and a compulsion to do something about it. From out there on the moon, international politics look so petty. You want to grab a politician by the scruff of the neck and drag him a quarter of a million miles out and say, “Look at that, you son of a bitch.”

You can’t derail a train by standing directly in front of it — or, not quite. But, a tiny piece of steel, properly placed. . . .

We cannot avoid using power, so let us love powerfully.

Only on paper has humanity yet achieved glory, beauty, truth, knowledge, virtue, and abiding love.

Passion and prejudice govern the world, only under the name of reason.

The living of life, any life, involves great and private pain, much of which we share with no one.

Ram Dass and Paul Gorman, How Can I Help?

The caterpillar does all the work and the butterfly gets all the publicity.

We can be of little service to our fellows until we become disillusioned without being embittered.

One of the greatest evils of the day among those outside of prison is their sense of futility. Young people say, what is the sense of our small effort? They cannot see that we must lay one brick at a time, take one step at a time; we can be responsible only for the one action of the present moment. But we can beg for an increase of love in our hearts that will vitalize and transform all our individual actions, and know that God will take them and multiply them, as Jesus multiplies the loaves and fishes.

I would never betray a friend to serve a cause. Never reject a friend to help an institution. Great nations may fall in ruin before I would sell a friend to save them.

A man’s work is nothing but this slow trek to rediscover, through the detours of art, those two or three great and simple images in whose presence his heart first opened.

But when the self speaks to the self, who is speaking? — the entombed soul, the spirit driven in, in, in to the central catacomb; the self that took the veil and left the world — a coward perhaps, yet somehow beautiful, as it flits with its lantern restlessly up and down the dark corridors.

The sun never knew how great it was till it struck the side of a building.

If you would look upon love, which is the world’s reality, how could you do better than to recognize, in every defense against it, the underlying appeal for it?

Here’s an answer to boredom and unhappiness: find a way to help someone. 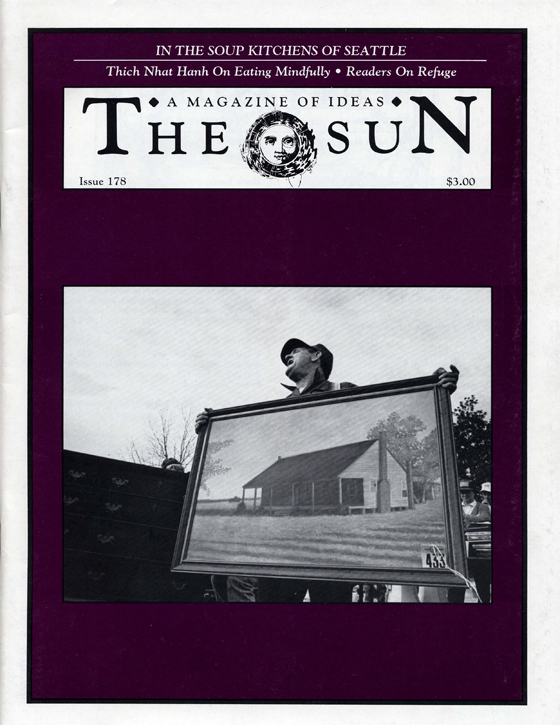 Without Cost Or Obligation

Dignity And Other Staples

Eating In The Soup Kitchens Of Seattle