The Acts Of Father Mark

Father Mark once instructed his congregation, “if you have a mirror, replace it with a portrait of Christ. You will begin to see Christ where you now see yourself. Your concern for your face will be replaced by a concern for your soul. You will grow to be like Christ until his portrait is an accurate reflection.” Father Mark followed his own instructions, which is why he often appeared unkempt.

Father Mark replaced the chapel’s crucifix with a dead pigeon he had found on the highway. Many of his parish were outraged. When pressed for an explanation, Father Mark replied, “Which is more a likeness of the crucified Christ: a plaster sculpture or this corpse? The eternal Word sleeps in the plaster, but once breathed and sang in this bird. Christ is crucified in this bird.” Some parishioners continued their objections, but many were silenced. Father Mark left the pigeon hanging for eight days.

One Sunday Father Mark hired a security guard to keep people out of chapel during mass. Afterward he spoke to those on the steps. “If you do not love the Eucharist enough to enter the chapel in spite of the guard, how can you think you love God enough to enter heaven in spite of Satan?” He then dismissed the guard and offered a mass for the people outside.

A blind parishioner prayed continually for her eyesight, but to no avail. When Father Mark learned of this, he asked that the blindness be transferred to himself. Many of the parish were astonished when his request was granted, but many were also upset that their pastor was now blind. A large number of them, following the Father’s example, prayed for his blindness to come upon them. The blindness left the priest and was spread among those who had requested it. There were so many that each lost only a small amount of vision. Some began wearing glasses, while others sought stronger prescriptions. Some were disappointed they had not suffered more.

Father Mark gave his body to God, then began referring to it as God’s body. He would say, “God has a headache,” or, “God is tired and hungry.” He began using mirrors again, for what he now saw was no longer his body, but God’s.

When Father Mark was in his late fifties he began attending an unprogrammed Friends meeting before mass. When his parish objected, he began holding unprogrammed meetings in the chapel. He began giving shorter and shorter homilies, often broken by long periods of silence. One sermon consisted of twenty minutes of silence. He tacked a quote from Eckhart to the bulletin board: “The most beautiful thing a person can say about God would be for that person to remain silent.” 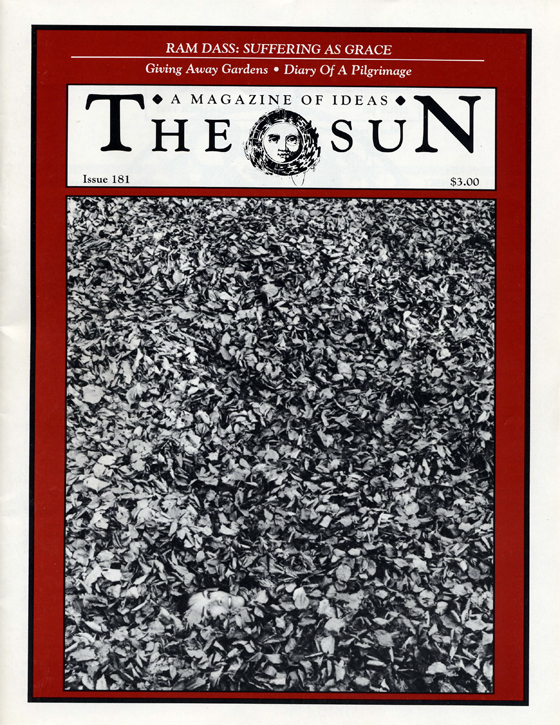