THE CHAPEL HILL Board of Aldermen have once again put off taking a stand on the controversial street vending issue, at least until next month.

Street vending — of enormous concern to many craftspeople who seek to make a living by peddling — came up again February 4, when the board decided to wait for the findings of a study group, concerned with revitalizing the downtown area, before acting.

Alderman Gerry Cohen, who introduced the issue again last December, is optimistic that vending will be legal by the spring.

Leather worker Laura Spinarski, who challenged the town’s restrictive vending ordinance in a 1970 court case (which resulted in driving the flower ladies off the streets, too, when the town made all vending illegal), said:

“What I resent is going to get food stamps when I know I could make a good living on the street if I could peddle.”

Spinarski emphasizes that rather than drive shoppers away, as some merchants claim the craftspeople do, vending will bring more people downtown. She says, too, that Chapel Hill craftspeople turn out quality goods, but have few market outlets other than commission work or the occasional crafts fair. Craftsmen also sell their work through stores, but as one weaver says, “I don’t want to put such a price on my weaving that only rich people can afford it.”

Alderman Cohen explained that regulations for street vendors might include obtaining a license from the town, the fee for which could be used to improve the downtown area, governing the days and hours during which vending would be permitted, restricting vending within ten feet of a crosswalk, as well as restricting, generally, the number of vendors. 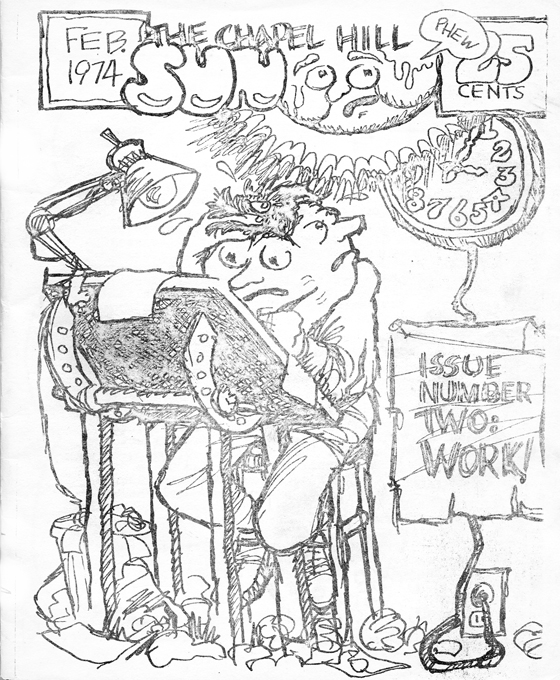 Yesterday, I mailed off my application

And I shall set aside the want ads