Three Tales Of The Revolution

In 1913, my great-aunt Adela ran away with a boy intent on joining Pancho Villa’s revolutionary Army of the North. She was sixteen. The Revolution promised freedom from tyrants such as Díaz, Huerta, and her own father the rurales captain. Only her youngest brother did not disown her. We still have the photograph he framed, clipped from a Chihuahua newspaper, showing Villa and his men standing together and squinting in dusty sunlight — and there, her arms around the necks of fierce-faced compañeros, her breasts crossed with bandoleers, is Tía Adela. The boy she ran away with is not in the picture. Years later he showed up at my grandfather’s door on a crutch, one pant leg folded and pinned to a back pocket. He told tales of Adelita: how she rode on the packed roofs of boxcars jammed with horses and artillery, how she shot more federales at the Battle of Zacatecas than anyone else in her brigade, how she danced around a campfire with Fierro the Butcher and took a kiss on the mouth from Villa himself; how, at the horror of Celaya, she got caught on a barbed-wire fence and was shot to pieces by the machine guns.

From the veranda of the hillside mansion serving as our headquarters, I watched the firing squad do its work in the plaza below. The wailing of widows and wounded men drifted up to mingle with the furious piano music from the ballroom behind me. In the plaza, a federale captain stood against the church wall and made a hasty sign of the cross just before the rifle volley jarred him and he dropped dead. As a labor detail dragged him away, the next man in the line of condemned took his place at the wall — a hatless, white-haired colonel who stood at attention. The captain in charge of the executions raised his saber and gave the commands. “Ready! Aim! Fire!” The fusillade slammed the colonel against the wall, and he folded to the ground. Then slowly, awkwardly, as the spectators gasped and started jabbering, the old man got back on his feet and slumped against the wall. The riflemen looked at the captain. The captain stared at the colonel — then raised his saber and yelled, “Ready!” The riflemen raised their weapons. “Aim!” The colonel pushed himself away from the wall and stood weaving, trying to square his shoulders. “Fire!” He bounced off the wall and fell in a heap. Then pushed up onto his elbows. Then made it to his hands and knees. The crowd hushed. People blessed themselves and knelt in the street. I thought, holy shit. The captain spotted me and yelled, “What now, my general?” With twelve bullets in him, the old man sat on his heels, his shoulder against the wall. He brushed at the blood soaking his tunic. “Once more!” I ordered. “If he’s breathing after the next one, I’ll give him a fresh uniform and put him in command of one of our regiments.” The colonel was on one knee when the next volley hit him. I rued not having spoken to him before he died.

We looted the city to its bones. Whatever we didn’t want or couldn’t take, we destroyed. Every grievance we had against the bluebloods, the Spanish, the bosses — against anybody who owned anything, against life — we redressed against Zacatecas. We shot military prisoners standing against the wall, priests kneeling at their altars, rich bastards groveling on the floors of their homes. We threw the corpses down mine shafts; we piled and burned them in the streets. We rode horses into the finest houses, grinding horseshit into parquetry, shredding Middle Eastern carpets to rags. Into roaring fireplaces we threw books, ledgers, letters, photographs. Not a sculpture in town went unbroken, not a windowpane stayed intact. Our soldaderas paraded the streets in silk dresses, in bridal gowns of delicate lace, scuffing the cobblestones in satin slippers. We picked the churches clean of their gold and silver. We stripped houses, stores, stables of everything that could be carried away. Toward our trains flowed a steady stream of livestock and wagons loaded with strongboxes, stoves, saddles, furniture, clothes, gilt picture frames. Every automobile in town that still ran was driven onto the flatcars. The mules walked stiff-legged under loads of booty. The wagons creaked with the weight of it. The trains groaned. It was our richest haul in our war against the oppressions of the rich. As we pulled out of Zacatecas, the air was thick with the odors of smoldering ash, blood-dampened dust, putrefying flesh. The strong, ripe smells of triumph. 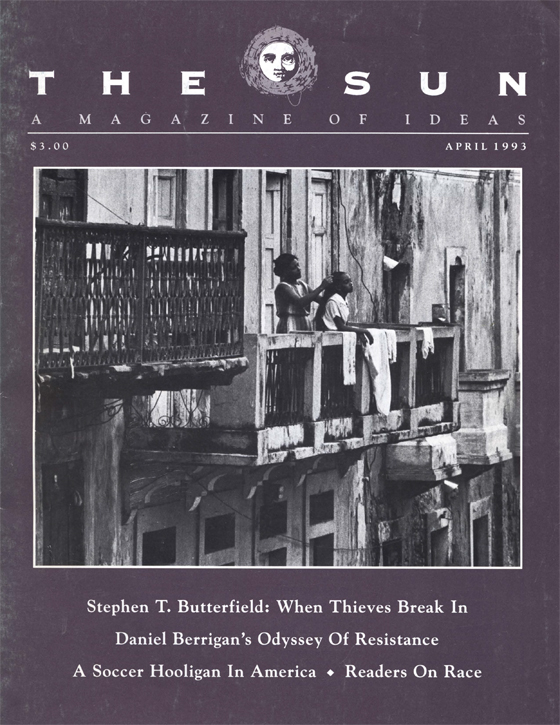 When Thieves Break In

Walking To My Office On Easter Sunday Morning