You are sitting on the earth, and you realize that this earth deserves you and you deserve this earth. You are there — fully, personally, genuinely.

And the stars come down so close, and sadness and pleasure so close together, really the same thing. Like to stay drunk all the time. Who says it’s bad? Who dares to say it’s bad? Preachers — but they got their own kinda drunkenness. Thin, barren women, but they’re too miserable to know. Reformers — but they don’t bite deep enough into living to know. No — the stars are close and dear and I have joined the brotherhood of the worlds. And everything’s holy — everything, even me.

John Steinbeck
The Grapes of Wrath

My God! What an awful place!

It appears that even the different parts of the same person do not converse among themselves, do not succeed in learning from each other what are their desires and their intentions.

Every decision you make is a mistake.

The tears . . . streamed down, and I let them flow as freely as they would, making of them a pillow for my heart. On them it rested.

Political language . . . is designed to make lies sound truthful and murder respectable and to give an appearance of solidity to pure wind.

Even a stopped clock is right twice every day. After some years, it can boast of a long series of successes.

There can be no love in one who does not love himself, and one can only love himself if he has the compassion that grows out of the terrifying confrontation with one’s own self. . . . If you hate yourself with a fierce loathing, you may try to run from your own shadow in a campaign to do good, not for love, but to rescue your ego and convince yourself you are not evil. In the eyes of how many world-transforming activists do we see dissonance, anxiety, fear, and self-loathing? They would reform the world, but they cannot even reform themselves, much less quit smoking.

Hold the map close to your face. Breathe into it, and you will hear a river start. Open the map.

I see politicians like Clinton and Gore as intelligent people who would like to do good, but who are still trapped in the world of power. We can’t assume that just because they are young and say good things it means that they are deeply connected to inner levels of being. It’s up to us to create an environment which can resonate with a deeper wisdom in them, and support them in acting from that wisdom.

We will not be satisfied until justice rolls down like waters and righteousness like a mighty stream.

We have grasped the mystery of the atom and rejected the Sermon on the Mount.

Isolation has led me to reflection, reflection to doubt, doubt to a more sincere and intelligent love of God.

At midnight I abruptly awakened. At first my mind was foggy. . . . Then all at once I was struck as though by lightning, and the next instant heaven and earth crumbled and disappeared. Instantaneously, like surging waves, a tremendous delight welled up in me, a veritable hurricane of delight, as I laughed loudly and wildly, “There’s no reasoning here, no reasoning at all! Ha! Ha! Ha!” The empty sky split in two, then opened its enormous mouth and began to laugh uproariously: “Ha! Ha! Ha!”

It often happens that I wake at night and begin to think about a serious problem and decide I must tell the pope about it. Then I wake up completely and remember that I am the pope. 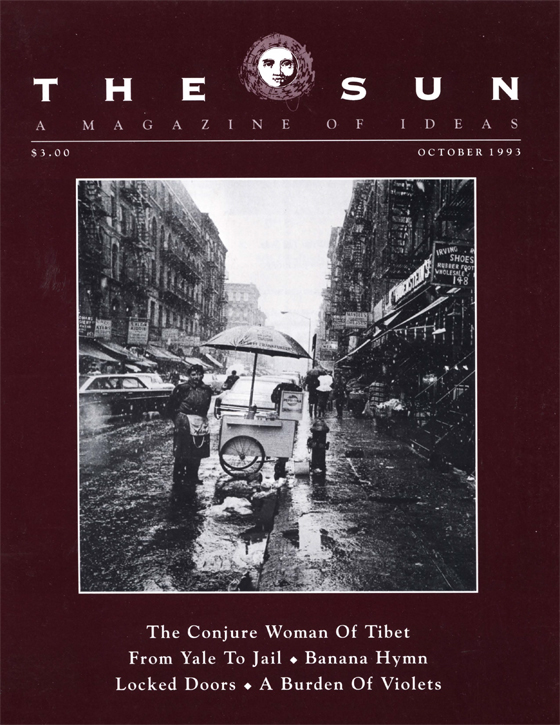 A Burden Of Violets