When Mum got home from a Buckingham Palace garden party, she opened her handbag and revealed the cuttings she’d stolen from our queen. I was aghast. Evidently, Mum had enjoyed the garden more than the party and more than was proper, for she was still laughing, even under the full weight of teenage censure.

“Just whose taxes do you suppose are paying for Her Royal Highness’ gloriosas?” she snipped, then went about making the National Botanical Treasure bloom in the suburbs.

Back then I saw that theft as an act of rebellion, not understanding until recently that she was driven to propagate — as I am now. Last spring, I wrote to Mum telling how I roam the flowery borders of retirement subdivisions in the southwestern United States equipped with a modern gatherer’s tools: big handbag, Ziploc bags, and Swiss army knife with trowel attachment.

Mum and I weren’t always pastorally inclined. Mum recalls her father’s frustrated attempts to interest her in things botanical when she was young. She didn’t become interested until after she’d had children of her own, whom she then tried to initiate. We both remember well those punishing Saturday mornings when she tried to direct our small weeding crew intent on plucking her best-nurtured seedlings.

“Why,” Mum muses, “does one come around to gardening in one’s thirties? Why does the enjoyment increase with the years?”

I believe gardening grows on you in your thirties partly because it usually takes that long to acquire land to care for, but mostly because it takes three decades to let the land care for you.

Once out of our selfish teens, we vault too far the other way. In our twenties, we try to be all things to all people. We want to learn everything and go everywhere before life passes by. Meanwhile, Life glances in through the windows on our breeding and careering and volunteering.

“It’s all too much,” our better sense finally cries in our thirties. “Time out!” Now I want to peruse, to sift memories, reevaluate, go to the heart of what matters.

In the house, where it’s dark and breezeless, the answering machine flashes like the herald of nuclear disaster. But out here I’m romping childlike — squishing maggots, dabbling in mud, talking to toads. Probing rows of vegetables, I’m getting better at thinning by feel and salvaging seeds. Our ancestors knew how to do this; their crop-raising skills, or instincts, allowed the human species to thrive. Perhaps that’s why gardening feels important. While I probably won’t pilot a plane or rescue the planet, I might save the lettuce another week.

It’s an issue of power. In the face of confusion — teenagers, career stress, sporadic raises in interest and insurance rates — here is an area of life I can control. Long after I’m gone this twig will blossom and bear fruit.

I know he stinks, but I can’t bathe the dog right now. The tomatoes need me. No more than I need them.

“Garden Secrets” by Sarah Fazakerley [February 1994] was a jewel of insight. I nodded my head as I read her mum’s question, “Why does one come around to gardening in one’s thirties?” That’s exactly what happened to me, and now I can’t get enough of my perennials and wildflowers. Happiness is a morning spent in the petunia patch or weeding the vegetables. I cried with joy when my mom came to visit with a trunk full of shoots from her favorite perennials to transplant in my garden. My life was now complete! And I suspect that hers was, too. 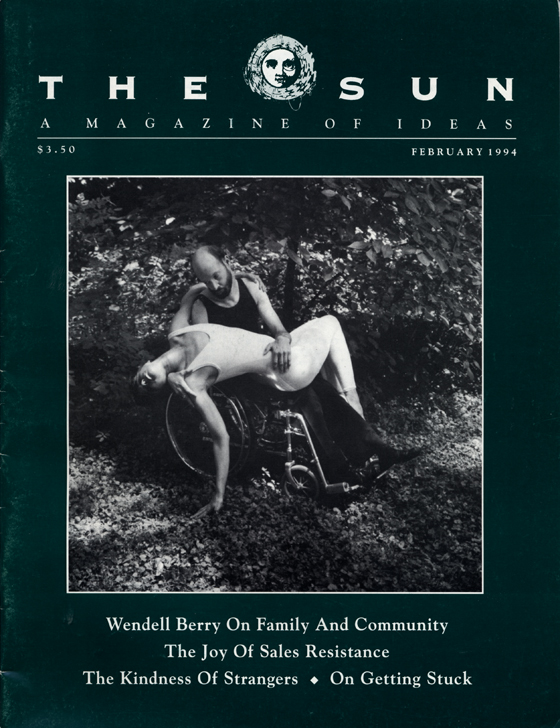 The Worlds Are Unstable By Nature