Spirituality is not a course in literature.

Let a man get up and say, “Behold, this is the truth,” and instantly I perceive a sandy cat filching a piece of fish in the background. “Look, you have forgotten the cat,” I say.

Good God, how much reverence can you have for a Supreme Being who finds it necessary to include such phenomena as phlegm and tooth decay in His divine system of Creation?

It is good to remember that knowledge is something much lighter than one would imagine. Lighter, and more ambivalent.

Never make a god of your religion.

Hunger also changes the world. When eating can’t be a habit, then neither can seeing.

If there is no struggle, there is no progress. Those who profess to favor freedom, and yet deprecate agitation, are men who want crops without plowing up the ground. They want rain without thunder and lightning. They want the ocean without the awful roar of its many waters. This struggle may be a moral one, or it may be a physical one, or it may be both moral and physical — but it must be a struggle. Power concedes nothing without a demand.

Jesus promised those who would follow his leadings only three things: that they should be absurdly happy, entirely fearless, and always in trouble.

I cannot believe in a God who wants to be praised all the time.

Sophia wished that Florence would not talk about the Almighty as if his real name was Godfrey, and God was just Florence’s nickname for him.

When wisdom awakens in you, you will see truth wherever you look. Truth is all there is.

The sun, I tell you, is alive, and more alive than I am, or a tree is. It may have blazing gas, as I have hair and a tree has leaves. But I tell you, it is the Holy Ghost in full raiment, shaking and walking, and alive as a tiger is, only more so, in the sky.

Our quaint metaphysical opinions, in an hour of anguish, are like playthings by the bedside of a child deathly sick.

What is truth? I don’t know, and I’m sorry I brought it up.

I have only three enemies. My favorite enemy, the one most easily influenced for the better, is the British nation. My second enemy, the Indian people, is far more difficult. But my most formidable opponent is a man named Mohandas K. Gandhi. With him, I seem to have very little influence. 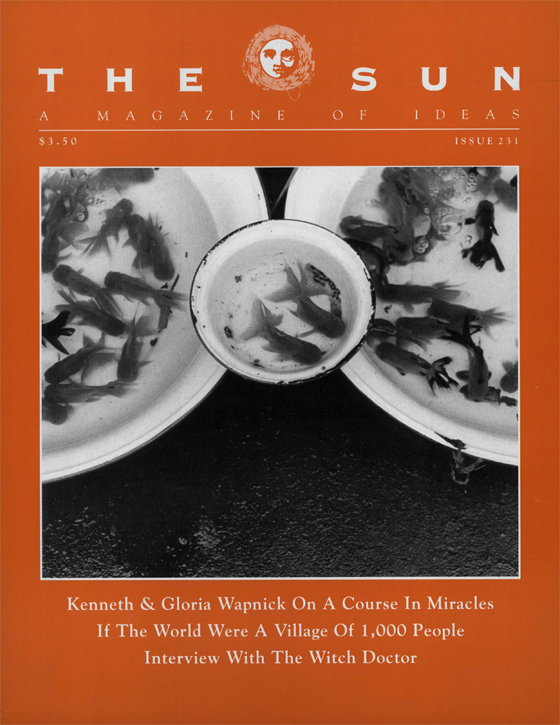 Interview With The Witch Doctor