The Guitar Showing My Age

Marriage thirteen, son twelve, daughter five, the guitar twenty-five, older than sex, old as the pain I’ve held under my ribs for years. Years paying it off, swearing it would be the last, the only guitar. Others took lovers to parties: I took the guitar. Its voice was good morning, good night. Quick climbs and descents along the frets kept it in shape; blues deepened its feeling. The high bent notes that took my fingerprints off were its orgasms, its cries of rage and relief. By age twenty I could hear all the guitar could do without touching it. Without getting up or even opening my eyes, I could make a whippoorwill call of thin steel, start rocks sliding into the sea, echo the cries of a woman on the riverbank with snow in her hair. I began to let the guitar show off: smuggled acid to England in its sound hole; let a Dutch girl fling her blouse across its strings.

It played at my marriage, and as each baby came it learned a lullaby, but mostly it lay on its back by the window, staring at clouds. By then my work was with the white silence of the computer screen: newsletters, PR brochures, fund-raising appeals. Each word worth a dime, each week I produced thousands, clicking them in to pay for day care, second car, bigger house. The guitar came out for occasional rallies — left-wing Nicaraguans, right-wing Poles. Less and less often my wife said, “Children, maybe tonight your father will sing for us.”

I don’t have to open the hard-shell case to see what’s wrong: neck bowing, spruce veneer showing cracks as fine as the lines around my eyes. The guitar needs the punishment of daily handling. It forgot more each time I shut it away, each time my hands went out to the silence of keyboard letters, to my wife’s breasts, my son’s head, my daughter’s night fears. Maybe the music is still in my fingers, and also the thing behind the music — everything I could hear without touching the guitar. But today I don’t want to get up, don’t even want to open my eyes. 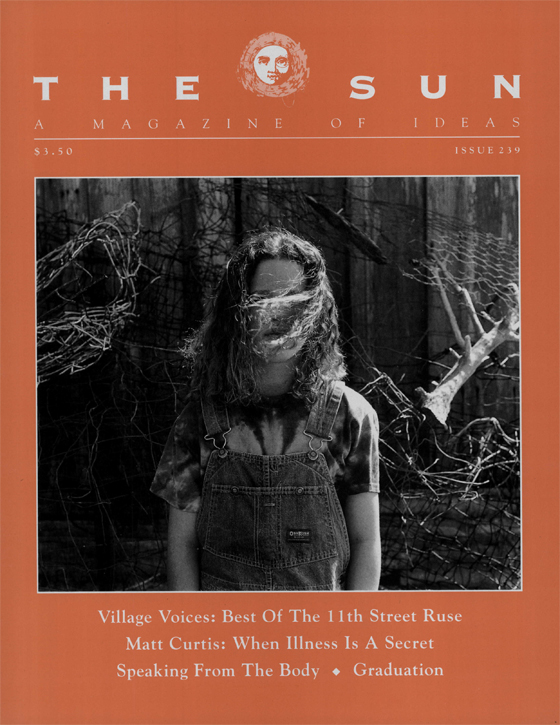 When Illness Is A Secret

Best Of The 11th Street Ruse