Out Of The Psychedelic Closet

Was “Out of the Psychedelic Closet” rejected by High Times? It is the height of arrogance to believe poisoning from plant substances gives insight into the meaning of life. Hanan makes the mistake of thinking that something outside ourselves will provide enlightenment. Marijuana is America’s number-one cash crop; so much for drugs being an antidote to consumerism. Go to any street corner in any inner city and you’ll find young men peddling expanded consciousness. Better yet, sit in a class with kids passing joints around and observe their expanded consciousness.

Drugs exact their greatest toll on the poor and disadvantaged. The criminal drug network is different from the larger legal economic system only in that the damage it does is more lethal and dehumanizing.

Stephen Mo Hanan says that the spiritual and political values of the sixties were strongly connected to an “awakening” brought about by drugs. Oddly, Hanan forgets that the sixties were not the only days of drugs, spirituality, and revolution. In the days of our “founding fathers,” marijuana, hash, and even mescaline could be found in the average household cabinet. Jefferson and Washington were both hemp farmers, and were known to have inhaled more than once — probably more than once a day. Jefferson dripped with enlightenment and political action; whether it had to do with his high intake of THC we can only guess.

I greatly enjoyed Stephen Mo Hanan’s essay. He said some things I’ve wanted to say for a long time but could never state as coherently as he did. The doors of perception were indeed flung open in the sixties, and to deny and denigrate and dismiss that era’s message because the messenger was tripping is to reject the very soul of America. In my opinion, a material generation required a material substance to joggle it out of its apathy and disbelief in the nonmaterial.

I loved Stephen Mo Hanan’s “Out of the Psychedelic Closet.” His anger was distressing, but I sympathized with many of his opinions. It’s my guess that our drug laws harm more people than do the drugs themselves.

Jeff Tietz’s portrait of Mark O’Brien [“Mark O’Brien’s Days,” April 1996] was unvarnished, but Mark’s humanness shone through. His need for pornography felt understandable. I wonder how far my tolerance can stretch. We are “all just people,” right?

Thank you for Stephen Mo Hanan’s provocative and delightfully seditious “Out of the Psychedelic Closet” [April 1996]. As someone who has benefited from mind-altering substances, but who also has worked with drug addicts for the past eight years, I want to add my comments.

My experience is that most people who take psychedelics are more interested in having a good time than in raising their consciousness. Too many who are looking for transformation think they are doing the work simply by taking the drugs. Drugs might let us see the next vista, but it’s up to us to figure out how to get there.

For me, an altered state reached through “natural” means, such as meditation or prayer, is better than a drug-induced state. The former is organic and grounded, without the crash and disorientation of the latter. On our own we are capable of perceiving infinities more vast than the visions of LSD. Carlos Castaneda, whose early books sent many people in search of peyote, later wrote that psychedelics are necessary to break through some early boundaries of perception, but ultimately are very limited.

My one quibble with Hanan is that he writes of a profound “oneness” as being the essential message of the drug experience, yet he splits society into “progressive” and “regressive” forces, excoriating the latter. Each side holds an important piece of the truth. While “we” may be aware that the world is never as it seems, “they” know that stability, responsibility, and sustained hard work are necessary to achieve anything, especially higher consciousness. Too many drug users think themselves immune from these aspects of reality, and the mess they make of their lives reflects that.

Stephen Mo Hanan makes an important point about how honest discussion of positive drug experiences is muzzled. I agree that “any ban on the utterance of truth . . . warps public morality and cripples the soul.” It is too bad Hanan labels people who argue against drug use puritans, cynics, and control freaks. Apparently, he only meant utterance of his truth.

Two years ago, many of my friends became heavily involved in smoking marijuana and dropping acid; they spent less time searching for truth than they did searching for more drugs. While on acid, one of my friends tried to kill himself. He has since stopped taking drugs, and we have rebuilt our friendship and discovered other truths together.

I appreciate Hanan’s account of his positive drug experience, but I do not appreciate his hypocritical dismissal of my point of view.

I would like to share some of my thoughts on the issues brought up by Stephen Mo Hanan in his wonderful essay “Out of the Psychedelic Closet” [April 1996].

“Attaching disgrace to drug use” is a tactic found not only in the campaign against personal freedom, but in the war against the Fourth World and its indigenous cultures. The forces of repression say the priests, priestesses, and medicine men and women of such cultures are “high” on mind-altering substances, and therefore unable to have real ecstatic or prophetic spiritual experiences. Thus, the dominant culture completely dismisses the existence of any spirituality in human history prior to the Bible.

Growing up in Moscow, one of the most dreadful places on earth, I missed the sixties. While I was trapped there, others of my generation were here dancing, singing, making love, and expanding their consciousness with psychedelics and rebellion.

Now that I am here, I find the shameless propaganda against drugs, sex, and the feminine would make my former country’s leaders sick with envy!

An accurate reading of my essay will confirm that I do not think enlightenment flows from something “outside ourselves,” nor that drugs are beneficial as an end in themselves, nor that pot is appropriate for high-schoolers, nor that acid is hazard-proof at any age (though I believe its risks are comparable to those of scuba diving, which is taught and regulated by a community of experts — a good model for how we might guide the use of LSD). I applied the labels “puritans, cynics, and control freaks” not to those who argue against drugs but rather to those who malign the radically holistic, liberationist worldview that the intelligent use of some drugs can inspire. As to whether a plant substance can give insight into the meaning of life: if sniffing an apple blossom can, why not munching a mushroom? Insight is where you find it. Those who equate drug use with drug abuse have plenty of access to public forums, and have long dominated them with their woeful tales. It is wrong to construe my request for equal time as a “hypocritical dismissal.” Sincere objection, yes.

I would like to consider more deeply Josh Gressel’s “one quibble,” because I think it reveals the great dilemma facing all of us who practice spiritually rooted activism. Yes, we are “one.” Yes, there is no “other.” And yet some brain cells in the divine mind seem more oriented to fear than to love. The social split between progressive and reactionary forces is hardly my invention, and, in any case, different attitudes about “stability, responsibility, and sustained hard work” aren’t the source of the schism. We are the inheritors of archaic social institutions that encourage us to view maximizing profits as more important than revering the biosphere. Implementing a response to this situation is the big job facing our species, and there’s no time to waste. If materialism and duality are at the heart of all social ills, it hardly behooves me to demonize the materialists, but neither am I obliged to ignore the consequences of their behavior. In some circles this is called “hating the sin but loving the sinner.” It’s a fine line, and I’m sorry if I smudge it now and then. 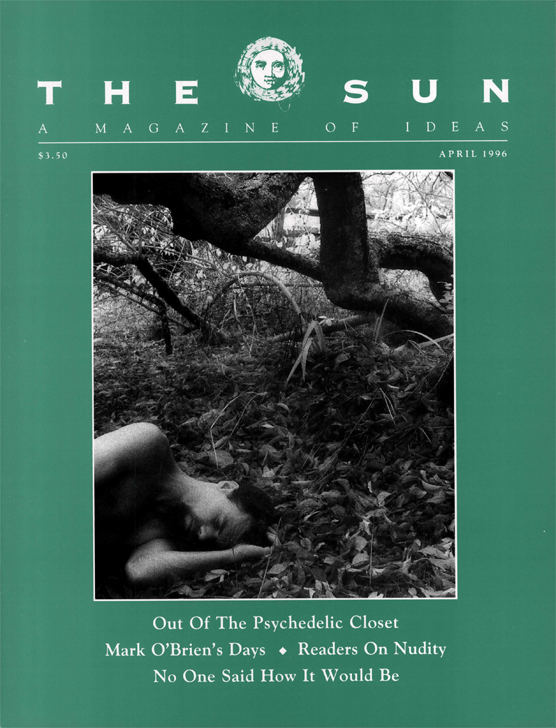 Where The Parking Lot Is Now