Hooray for Edward Allen’s “Burt Osborne Rules the World” [June 1996]. I have always appreciated the diversity you present in your magazine — without the influence of powerful advertisers. However, I do think that humor has been greatly lacking. What a thrill to read a real gut buster. It reminded me never to underestimate the power of a good laugh to help us down this long, winding road of life.

One dreary Monday morning, when I should have been getting ready for work, I instead started reading “Burt Osborne Rules the World.” Soon I was giggling and reading passages aloud to my husband. Then we were both laughing and wiping away tears.

The story reminded me of a student of mine who once convinced some unsuspecting girls in his sixth-grade class that a baggie of oregano and a clump of Silly Putty would combine to create an explosive, with which he planned to blow up the school. Perhaps his father also has an ulcer.

The photograph by Robert Llewellyn in the June 1996 issue took me back to my childhood in Virginia. When I was six, my family lived for a year in a haunted Southern mansion on Monticello Mountain. Llewellyn and his wife stayed in a small cottage on the property.

I remember reading to my younger brothers, sliding down the banisters, and feeling left out because I was the only one in the house who had not seen a ghost. I remember the soft green hills of the Virginia countryside, the buzz of cicadas, the warm, lazy sun. I remember the cucumbers from the Llewellyns’ garden, the wild turkeys on the lawn, the blacksnake living in a hollow log. I was a solemn, shy child, a year younger and much smaller than my fellow second-graders. My family was loving but troubled. My parents’ marriage was crumbling.

One day, with my parents’ permission, Llewellyn took some photographs of me in the tall autumn grass. I recently found one of those pictures at my mother’s house: an image of a dark-haired child in a purple paisley dress, with a quality of dreaminess about her.

Thank you for printing Llewellyn’s work and reminding me of these things.

Linda Mihalic Los Angeles, California
More Letters
Thank You Your donations helped to keep our ad-free, nonprofit magazine in circulation last year, funding everything from production to distribution. Learn how you made a difference last year. Learn More 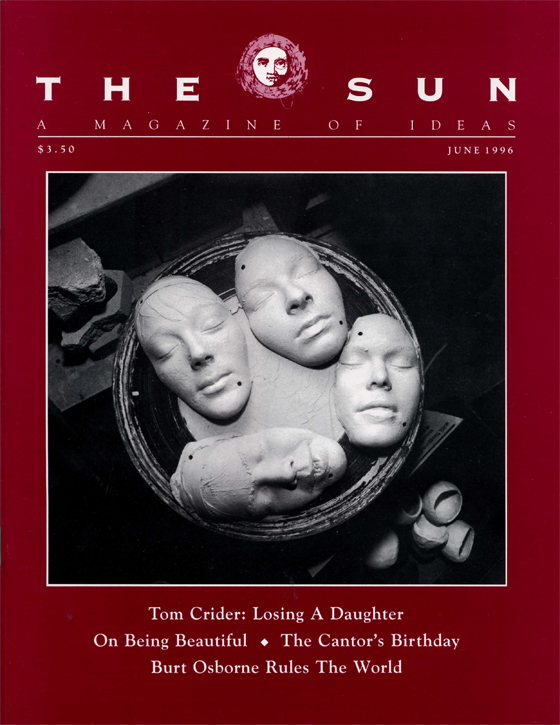 Me And Miss Messiah

A Poem Beginning With A Line By Seal Scholars