Success is the American Dream we can keep dreaming because most people in most places . . . live wide awake in the terrible reality of poverty.

When shit becomes valuable, the poor will be born without assholes.

I would almost say that my country is like a conquered province with foreign rulers, except that they are not foreigners and we are responsible for what they do.

Come into the streets on November 5, election day. Vote with your feet. Rise up and abandon the creeping meatball! Demand the bars be open. Make music and dance at every red light. A festival of lights in the streets and parks throughout the world. The American election represents death, and we are alive.

An association of men who will not quarrel with one another is a thing which has never yet existed, from the greatest confederacy of nations down to a town meeting or a vestry.

I cannot and will not cut my conscience to fit this year’s fashions.

If there are two courses of action, you should take the third.

We must combine the toughness of the serpent and the softness of the dove, a tough mind and a tender heart.

The deeds you do today may be the only sermon some people will hear today.

Playing small doesn’t serve the world. There’s nothing enlightened about shrinking so that other people won’t feel insecure around you. We were born to make manifest the glory of God that is within us. It’s not just in some of us; it’s in everyone. And, as we let our own light shine, we unconsciously give other people permission to do the same. As we are liberated from our own fear, our presence automatically liberates others.

The Dalai Lama says we can best tell if our practice is working by looking at its results after five, ten, or twenty years. Perhaps that is easy for him to say after fourteen lifetimes as the Dalai Lama. In this vein, Mullah Nasrudin told a woman who proudly announced that her son had completed his studies, “No doubt, madam, God will send him some more!” It is in our perseverance and commitment that real spiritual growth takes place.

People seldom see the halting and painful steps by which the most insignificant success is achieved.

How beggarly appear arguments before a defiant deed.

What a strange machine man is! You fill him with bread, wine, fish, and radishes, and out come sighs, laughter, and dreams. 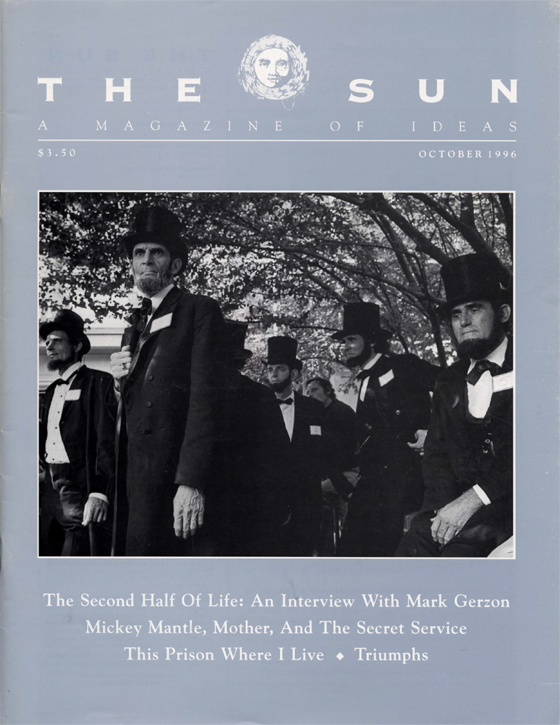 This Prison Where I Live

What We Came For