The lakes of northern Michigan were mysterious to me when I was growing up. There was always at least one undeveloped side and a few swampy coves on each. I saw the trees on the lake’s edge as the border to an endless forest full of bears and big cats. My grandmother told me stories of seasonal Indian encampments in Six Lakes, where she grew up. In my daydreams, the red man was still living in the wilderness.

Most Michigan lakes today, however, are like the one my sister lives on: totally surrounded by a mix of summer cottages and year-round homes. Across the lake-front road is a second circle of houses, and in many places a third and a fourth. My sister’s lake holds no mystery at all. In the summer, it’s like a theme park, an interactive Disney World with speedboats and water skis and Sea-Doos — or, for the older set, pontoon boats on which to take the cocktail hour. There’s always the possibility of death by drowning or boating accident, and that keeps us honest as to the mystery. Otherwise, when I look out from my sister’s ceiling-high front windows, I might as well be viewing an idyllic nature painting, right down to the swans floating by the dock. My wife keeps saying she wants us to buy a house just like this one someday. After five years of marriage, she still has no idea how alienated I am from the American dream.

In their den, my gracious hosts have a five-foot-wide television with surround sound. Their satellite dish receives a plethora of movies, and after everyone else has gone to bed, I switch to an independent-film channel and watch a Russian movie about Tolstoy’s last year. When I tune in, it’s about half over, and Tolstoy, without his wife’s knowledge, is willing his wealth to the poor, including the copyright to War and Peace.

Later, he sees his wife, who has grown suspicious, sneaking into his room by candlelight to search his drawers for some indication of the changed will. She has come with similar purpose before, but this time the betrayal is too much and causes Tolstoy to depart. He is estranged here, not only from his wife (whom on many levels he still loves), but from his sumptuous surroundings as well. In his goodbye letter, he explains himself as gently as he can. He says that a man in his last days hungers to be in solitude or among the common people. And he steals away in the night, at age eighty-two, never to see his wife again.

In the train, he rides coach and talks humbly with his fellow travelers, who have gathered round to see the famous Tolstoy. Though their love for the great writer shines in their eyes, he wears no air of superiority. He takes his turn when speaking, neither dominating the conversation nor condescending to his listeners. At the end, though, he indulges himself with a short speech to the effect that there is a war going on in every person between good and evil. We are all so anxious to improve the world, we forget that the world is the sum of its parts, and that we first have to improve ourselves.

The young woman sitting across from him says, yes, but her father told her that czars have always destroyed the people who improve themselves, and will continue to do so as long as they have power. Tolstoy acknowledges the profundity of the father’s view, and offers no answer to this knotty objection.

The second night at my sister’s, I take a walk around the lake after dark. Most of the houses have elaborate displays of Christmas lights. One home has a Santa and several reindeer in flashing red lights across its entire front; another is completely outlined in lights — every window, door, tree, and fence. Inside the houses, I can see televisions going. “It’s company,” my wife says about her need to have the TV on even when she’s not watching. It makes her feel less lonesome.

Coming to a poorer side of the lake, I see a husband working in his garage with power tools. Farther on, though it’s well after dark and long past summer, I see the shadowy figure of a man mowing his back yard under a porch light. I wonder what the neighbors think of this noisy, after-dark, out-of-season lawn mower. I wonder if it’s ever really quiet on this lake. It seems we don’t mind, or can’t hear, our own noise. As Sartre says in No Exit, “Hell is other people.”

My sister and brother-in-law are embroiled in legal proceedings against four neighbors concerning the right of way that runs between their houses and down to the lake. It seems the neighbors have put up a dock, and that as many as six boats are now being stored in the right of way, an arrangement my sister feels clutters up her view of the lake, invades her privacy, and abuses the neighbors’ right-of-way privileges. Hell is other people.

The situation has gotten so painful that none of the neighbors speaks to my sister, and now she and my brother-in-law are thinking of moving. “We don’t really use the lake anymore, since the kids moved away,” she tells me. “Last summer, we got on the water three times. We’re into golf now.” She says they may sell and build a new house on a golf course that’s being developed nearby.

The walk around the lake is six miles, and I’m feeling better when I get back, having worked off some tension. The four of us watch a Hollywood movie about a bad guy and a good guy who surgically change bodies. The acting is capable, and the special effects are out of this world, but I am anxious to change the channel. After everyone else has gone to bed, I pick up a medium-bad movie on the independent-film channel. At least there are no special effects, though, and the story takes place in a working-class town.

I read myself to sleep with an article on the musician-poet Leonard Cohen. In his sixties now, he’s practicing Zen in a monastery and feels a deep love for his master, a ninety-two-year-old man he called Roshi. He quotes Roshi as saying, “The older you get, the lonelier you become, and the deeper the love that you need.” 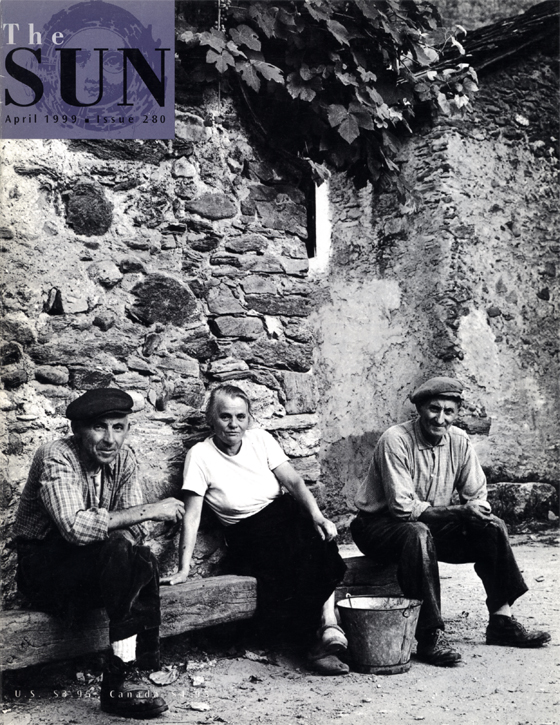 The Life And Times Of A Minor Western Writer