the redwoods of northern California rise around us as we snake along Highway 101 somewhere south of Eureka. The air here is plush, sunlight slanting through wisps of fog among the trees. Looking out the window, my daughter says, “Look, Mommy. The light is realer.” She, my mother, and I have driven hundreds of miles in the past nine days, a couple of which were spent on my grandparents’ land in the orchards of Hood River, Oregon. My mother’s parents hover somewhere close to their final days, their skin seeming more translucent each time I visit. I’ve never watched anyone fade this way before, as if parts of them have gone on ahead. It would be beautiful, if not for my grandmother’s delight in her new-found freedom to berate my grandfather throughout the day without fear of retaliation. She has waited their entire marriage to have it over him. Now, since his stroke — and more recently Parkinson’s — it’s open season.

an Italian socialist naval engineer who lost his hearing in the machine room’s roar, my grandfather was always a loud, opinionated man who must have his way. My grandmother, a quiet English-Irish housewife, exercised her influence only through withholding and silence, muttered remarks. He adored her, though, you could tell, even with his gruff voice and rough ways. After I married myself, my grandmother confided in me that she’d never really loved him. She’d consented to marry him, she said, only because “in those days, we just didn’t have many choices.” Many things made sense to me, finally: my mother, who loved my father but never respected him; me, the same story with my ex. This legacy. I wonder how many generations back we could trace it. I once heard that my great-grandmother Winifred had married James Patrick because he would be a reliable provider. She gave him ten children, one stillborn. I want to crawl into their life together and take notes; when did this all begin? I want an accounting from my ancestors.

on our last night in Hood River, we gathered for dinner at my aunt’s. She shares the property with my grandparents. My grandfather was late to join us — he moves at the pace of a glacier these days. My aunt was after him the moment he arrived, dressing him down for his sloppy clothes and unshaven face, his late arrival. She was as unconscious of herself as a toddler mimicking her mother with word and gesture. So this is how we learn.

the next day, as we said our goodbyes in the driveway, I moved to hug my grandfather and shout into his better ear that I love him. He blushed and stammered, “Yeah, OK. Be good, now.” He laughed and waved as we pulled away. I thought of how he used to overengineer anything he built; of the terraces around their house in Little River, the corners of which were sunk in concrete footings with steel pipes bolted to the two-by-six redwood boards. “I just wanted a few little raised beds,” my grandmother had complained, “so I could plant some irises out front. Now look at him.” She shook her head, completely vexed. But I just smiled and watched him, wondering how she could not adore him, in this especially. He was so beautifully human.

now, as we enter the redwood forest on our way back home, I notice the bright orange of tiger lilies blinking along the sides of the road against the verdant banks. They are so startling it hurts my eyes to look. My mother recalls, as I point them out to her, that my grandfather dug one up one year, when they still lived in Vallejo, and brought it home for my grandmother to plant in her garden. “It bloomed for years after, I remember,” she says. I watch out the window as we hurtle along, imagining my grandfather stopped there by the side of the road, white Ford pickup idling, stooping with his huge, rough hands in the soft forest floor, his face tender, thinking of his bride back home, and how this would please her, maybe, at last. 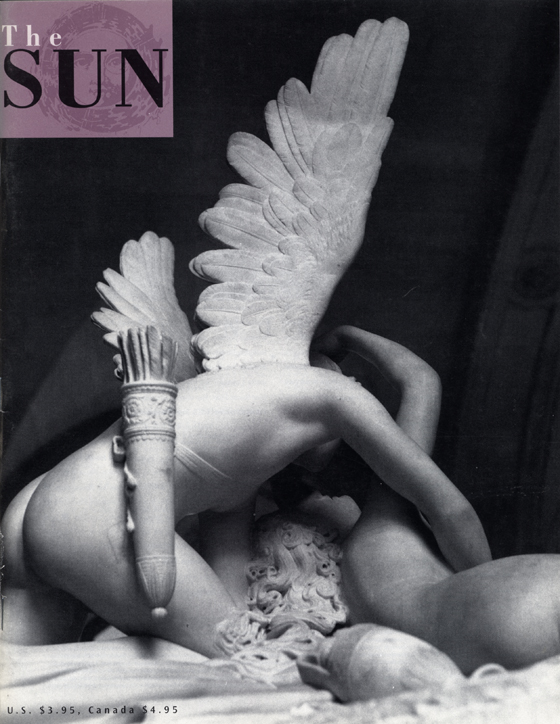