In Distrust Of Movements

Wendell Berry’s quarrel with America’s reform movements contains elements of truth, but he’s wrong to blame organizations for focusing on single issues. The pitfalls of our organized efforts toward reform are ultimately reflections of two problems: the degree to which corporate lobbyists and elected officials restrict attempts to curb their power; and the latent narcissism of many of us who were raised in dysfunctional families and a culture that glorifies money, status, material goods, and celebrity. Positions of power, even in benign institutions, can nourish this narcissism, leaving us prey to the self-righteousness, self-betrayal, and pinhole vision that dissatisfy Berry.

Whatever their potential for corruption, America’s reform movements are still the best vehicles we have for expressing our outrage and opposing the daily atrocities of an unjust and violent system. God forbid that Berry’s blandishments should dissuade any of the sincere people working on such single issues as civil rights, clean water, workplace safety, genocide in Latin America, nuclear disarmament, universal medical care, homelessness, and so on.

Apparently, Berry is unaware that there already is a movement to, as he puts it, “make a whole thing of ourselves and this world” — in other words, to put all the broken pieces together. It’s called the Green Party. Rather than denouncing movements for working on pieces of the whole, the Green Party platform articulates, step by careful step, the principles upon which to begin transforming this fractured world into a democratic, peaceful, and just society where human needs are in balance with natural cycles and the needs of nonhuman life. Now, that fine work is grounds for genuine hope and good cheer.

Thank you for publishing Wendell Berry’s “In Distrust of Movements” [September 2000]. The more I learn about the corruption of our society and the destruction of our planet, the more inspired I am to work for change. Berry’s essay offers me a hope that change is possible and also confirmation that I’m on the right track.

Barbara Edmonds Boulder, Colorado
More Letters
Thank You Your donations helped to keep our ad-free, nonprofit magazine in circulation last year, funding everything from production to distribution. Learn how you made a difference last year. Learn More 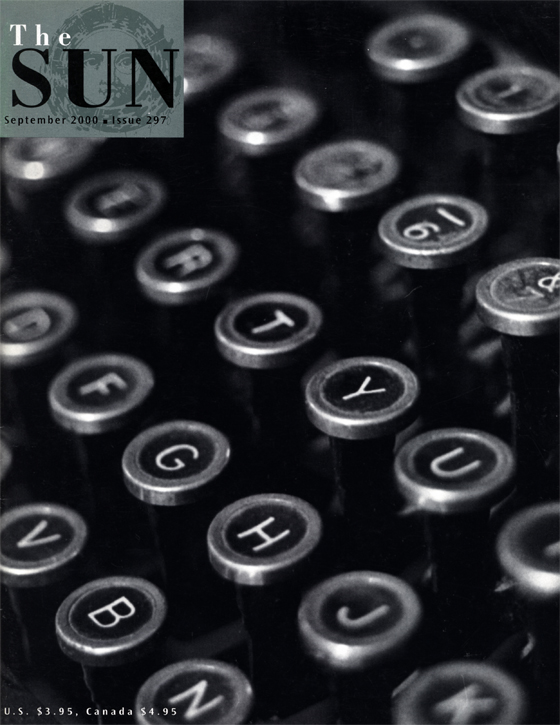 By Steve Almond
The Sun Interview