Late-morning light falls on the gray carpet of our bedroom as I do my daily yoga practice and think about my upcoming trip with my two grown kids to the Southwest. I’ve been looking forward to it for months, but now, as the date draws near, I’m worried about how it will go. My children and I rarely travel together anymore. Were we taking this trip twenty years ago, Mara and Josh would be wide-eyed and happy just to be in a new place — much less Indian country. I remember them at two and four years old, gleefully running naked through our small apartment with long pieces of toilet paper stuck in their little butt cracks, their heads turned to watch their “tails” fly behind them.

Now I watch myself breathe, observing the roller coaster of thought, feeling, thought — the routine mind-ride of an adult. I know that in some ways the trip will be good: time with my children, wide vistas, dry air, a departure from the usual. I also know that it will be complex, traveling with two people who are so different from each other: Mara quiet, moody, and observant; Josh enthusiastic and extroverted. And me trying to keep them balanced.

Stretching my arms over my head and breathing deeply, I feel sad. I miss the thrill of anticipation I used to experience before traveling. Upstairs, my husband puts on a CD, and I hear folk singer John Gorka lament, “I’m sad and I’m angry/armed with a broken heart.” Bracing myself in the cobra pose, I wonder if that’s it: if it’s our broken hearts that steal from us the sensual joys of childhood and replace them with anxiety.

Then I remember last week, the joy of being in the warm salt water of the Atlantic with my ten-year-old niece, Kelsey. We were jumping the waves when she grabbed my shoulders and stuck her wet, tanned face, with her oversized new front teeth, about three inches from my own.

A large wave was approaching. I grabbed her by the waist, and we jumped it. “I’m Jewish,” I said.

“Not really,” I explained, “because your parents aren’t. They’re Catholic, so it’s not in your blood. You and I are related through marriage — through love.”

“What else are you?” Kelsey pressed. “Are you Irish?”

“No, I’m Russian and Polish and Austrian.”

She gave me another of her toothy grins, and I kissed her cheek. Holding on to my hands and bobbing up and down, she kissed me back. “I love you,” she said.

“And because I love you,” she went on, her eyes locked to mine, “I’m Jewish and Russian and Polish and . . . what was that other thing?”

“And Austrian,” she finished, nodding her head.

Oh, her unbroken heart, I thought. It’s so simple — if I love you, then I am you.

A week after my morning of yoga and worry, I’ve traveling with Mara and Josh in New Mexico. Entering Frijoles Canyon at Bandelier National Monument, we see a sign announcing that a ten-minute film about the Anasazi Indians is about to begin. “I don’t want to see a movie,” Mara says. “I’d rather be outside. I’ll look for birds.” She takes off with her binoculars.

As Josh and I find our seats in the dark, I think that Carl Jung was right: three is a terrible number to travel in; it’s off balance and wants to become a more stable two or four.

Images of the excavated village that once thrived in this place appear on the screen, accompanied by reedy music and the deep, oily male voice that always narrates nature programs. “No one knows,” the voice intones, “why they left their arable village center, where, on the canyon floor, they grew corn, beans, and squash.” Then the screen fills with pictures of birds and small purple asters, and the voice begins to recite a Native American poem about the disappearance of animals, ceremony, ways of life: “O my little breath, O my little heart,” the poem goes, and I quickly reach into my pack for a pen and scribble the words on a napkin.

“That was really good,” Josh says as we blink our way back into the daylight. Ahead of us stretches a long trail dotted with other visitors. Mara is nowhere to be seen. “I’ll run back and get a guidebook,” Josh says, “so we can follow the trail better.” I watch him take off running with his long, dark legs, then go to look for his sister. I find her a short distance away, staring up a tree with her binoculars. She either doesn’t hear me or else is ignoring me.

I turn to look at the cave dwellings on the huge face of the canyon wall behind us. The rock glows pink in the fading afternoon light.

When Josh returns, we set out on the guided walk, and he reads enthusiastically from the small book at each stop. “ ‘Educational and religious ceremonies were performed here underground,’ ” he reads. “Can you imagine all those people living here? It’s incredible.”

The number three is working its bad voodoo. Josh’s bright spirit is luring me from the darker light of his sister, and she knows it.

Josh and I continue the guided walk as the sun sets and the cliff face turns a rich red. At the point where the trail snakes back toward the caves, we meet up with Mara, and the three of us begin climbing the narrow path up to the cave mouths. Beside a long, narrow opening in the rock, we hear an odd sound. Josh consults his guidebook. “A bat cave,” he says.

“I knew that,” Mara says, pointing. “Look there.” Ever the quiet observer, she’s already taken in the dark, powdery debris at the mouth of the cave. “Guano,” she says.

We wait, hoping to see a bat fly out. When none does, we move on in silence.

We’ve gone only a few yards when Mara says something curt, and I respond sharply, and she hisses at me, “I’m sick of how you talk to me.”

“Not this again,” Josh says. “I’m out of here, you guys.” He walks ahead, while Mara and I stop dead in our tracks.

“Ever since Josh came,” Mara says, “you’ve been nasty, you don’t like anything I have to say, and you get all superficial and jumpy — just like him.” She gives me another killer look.

I feel myself harden, my heart thrashing like a swimmer far out to sea, going down alone. “Go ahead,” I snap. “Just go.”

“Glad to,” Mara says, slinging her binoculars over her shoulder and storming off.

I stand unmoving beside the opening to a cave, struggling to deal with my impossible feelings. It’s not fair, I think, like a hurt child. I’m losing the battle and sinking, and I don’t know what to do but turn to stone, get heavier and just drown. Fuck it.

Trying to breathe, I look down at my feet, and the words of the Native American poem return to me: O my little breath, O my little heart. I reach into my pack for the napkin to see if I have them right. Then I slowly repeat them to myself, straighten my back, and let my breath enter. I put my hand to my chest and feel my heart drumming. The sun has dropped behind the hill. O my little breath. I take a deeper breath, then another, and I begin to soften and sense an exit. It’s OK, little heart. A bat flaps its black wings above my head, and I watch it fly off.

Continuing on, I see Josh up ahead, climbing a ladder to the highest cliff dwelling, and Mara standing at its base, looking up. I walk over and put my arms around her. “I’m sorry,” I say. “I know it’s hard. Yes, it’s different with Josh. I understand.” I press her thin body to my own. “Let’s forget it. Let’s just forget it. I love you.”

And in this place where the soil is bone-dry and the ghosts of the exiled are everywhere, where I can’t imagine anything starting over, we do. 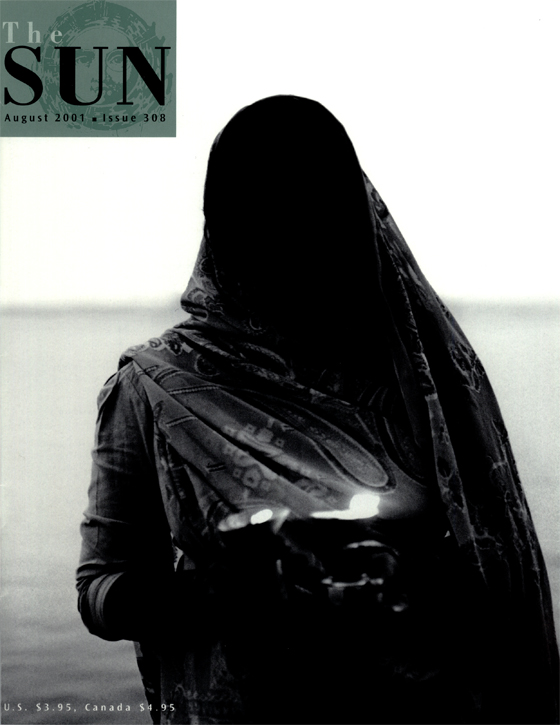