What shall I pray for now? The triumph of good over evil? A better year for American business? Shall I pray to have more faith in George W. Bush than I did when he stole the election? I don’t want to be fighting a war against terrorism. I want everything to be the way it was before. Give me back the War on Poverty. Hell, give me back the War on Drugs.

No matter how long I’ve been away from New York, I’m still, at heart, a New Yorker. And I’m still a Jew, even though I haven’t set foot inside a synagogue in years. Yes, I’ll always be a Jew from New York, born in 1945, the same year the bomb was dropped on Hiroshima and Nagasaki; the same year the world discovered just how efficiently the Nazis had disposed of 6 million of my tribe. Perhaps that’s one reason I wasn’t more surprised, on September 11, by the latest example of man’s inhumanity to man. Saddened, but not surprised.

At a teach-in a week after the hijackings, speaker after speaker condemned the terrorist attacks; then, with barely a pause, and considerably more fervor, condemned U.S. foreign policy. I agreed with much of the criticism, but it seemed odd to revile the United States at a time like that. I wondered: To which other nations are we being compared? China? Russia? Great Britain? Japan? Where is the country that’s done no wrong, the country without racial or religious enmity, the country that has always extended itself magnanimously to the rest of the world? Is it reasonable to expect the United States to love everyone unconditionally? Just how much unconditional love do each of us shine out each day?

I was against the Vietnam War. I was against the Gulf War. But I’m not a pacifist. I’m grateful the Allies defeated Nazi Germany; they didn’t do it with words. I’m glad a handful of passengers on Flight 93 fought the hijackers. Norma’s commitment to nonviolence, however, is unwavering. Yesterday, after the U.S. started to bomb Afghanistan, she was in tears. “When is the right time to be a Christian?” she asked. “When Jesus said to turn the other cheek, did he mean only when it was convenient?” I knew the question was rhetorical, but couldn’t help myself. “What if Osama bin Laden were holding a gun to my head,” I said, “and you knew he was about to pull the trigger, and you had a gun, too. Wouldn’t you shoot him?” Norma looked me in the eye. “Not even if he was holding a gun to your head.” I stared at her incredulously. “You’d let him shoot me?” “No,” Norma replied. “First, I’d try to talk him out of it. If that didn’t work, I’d try to get the gun away from him. If that didn’t work, if nothing worked, I’d put myself between you and the gun.”

“There’s one thing a pacifist and a suicide bomber have in common,” she tells me before we go to bed. “They’re both willing to die for their beliefs.”

I don’t know how long we’re going to be fighting. I don’t know who’s going to win. There’s a lot I don’t know. All the more important, then, to honor what I do know. All the more important, in a time of war, to keep my heart open. Is it possible for me to feel compassion not only for those killed in the attacks but for the terrorists, and for the angry Arabs who hate me because I’m a Jew and an American, and for the angry Americans who want to nuke Afghanistan? Who’s to say how much compassion we’re capable of? I’ve read of Tibetan monks and nuns, imprisoned and horribly abused by the Chinese, who nonetheless regarded their captors with compassion rather than contempt; who saw them as misguided and ignorant rather than evil. The guards beat the Tibetans if they caught them praying; the Tibetans, even as they were being beaten, moved their lips in a silent prayer for peace.

Isn’t life terrifying enough without terrorists? Last night, I leafed through the Merck Manual — 2,655 pages of small type describing every affliction to which the body can be heir. Better than any spiritual text, the Merck Manual reminds you of the nature of impermanence. One minute, you’re healthy and strong; the next minute, something is rattling the door. You don’t know what to call it, this new symptom that’s suddenly upon you, holding a box cutter to your throat.

I dream of a man who loses everything and then loses some more — but not his heart. Because he isn’t concerned with how others see him, or if they see him at all, his actions are spontaneous and unpredictable. When a young man tries to mug him, he wrestles his attacker to the ground, holds him there, and looks him in the eye. Then he starts to ask him questions — quietly, earnestly, not a trace of anger in his voice, as if nothing in the world mattered more to him than this petty criminal and his fate. This isn’t the kind of man who seeks out a warm, dimly lit coffeehouse to sip cappuccino and read philosophy. He is philosophy. To be in the presence of such a man, even in a dream, is a blessing.

This morning, I see we’re still revolving around the sun. O mother of us all, I’m thankful for your radiance. Have I hid from you? Have I shut my eyes and insisted you weren’t there? I’m thankful you went on shining. I’m thankful you didn’t depend on me for proof of your existence. 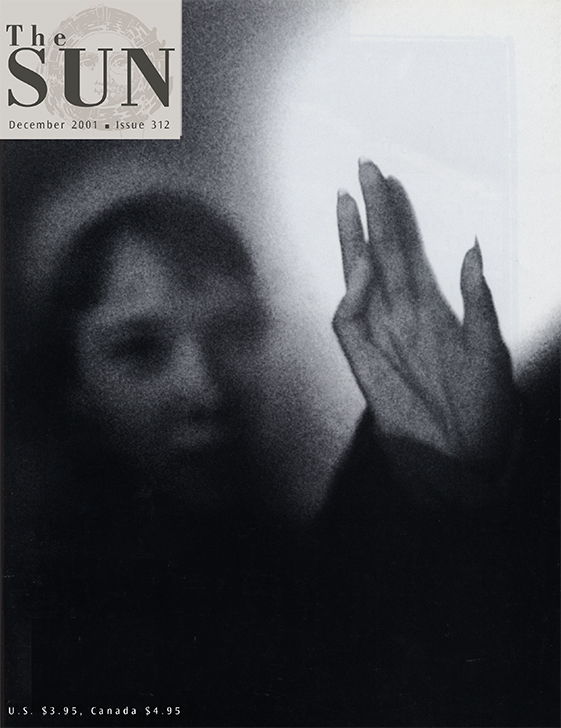 Notes From A Desert Sanctuary