Inspiration hasn’t arrived yet, so I decide to go on without her. She might be helping a deaf woman compose an opera or a blind man build a chair. She might be reading to the president.

It turns out that George W. Bush knew, before September 11, that terrorists were planning to hijack a plane. Does that mean he’s responsible for the tragic events of that day? I don’t think so. But six months earlier, when the United States disgraced itself by backing out of the Kyoto accord on global warming, Bush knew something, too. He knew that the climate is drastically changing. Does this mean Bush is responsible for the tragedies his decision will hasten? Maybe he’s as responsible as someone who hijacks a plane and flies it into a building.

I dreamt that I drove across the bridge to the twenty-first century and pulled into a gas station. George W. Bush greeted me at the pump with a smile and asked what he could do for me. I tried to describe the growling sound the engine had been making since the 2000 presidential election: low and ugly and angry as hell. John Ashcroft ambled over in mechanic’s overalls, wiping his dirty hands. George and John exchanged a look, then John leaned through the window and asked me to get out of the car, please. With my hands up.

Nearly a year after the September 11 attacks, the government is fighting a war against terrorism overseas and a war against civil liberties here at home, and neither is likely to be over soon. Harper’s reports that in Zimbabwe a person can be sentenced to six months in jail for discussing politics without a permit. In the U.S., a soldier who called President Bush “a joke” in a letter to a newspaper last May was investigated by the military for ten days.

Did the hijackers who destroyed the World Trade Center think of themselves as terrorists — or as spiritual warriors willing to give up their lives for a noble cause? Did they see themselves as murderers — or as Islam’s last defense against the godless West? When they looked into the eyes of their fellow passengers, did they see fellow human beings? What do I see in Osama bin Laden’s eyes when I look at a picture of him?

My friend Joe said that, shortly after the September 11 attacks, he watched a few minutes of the Jerry Springer Show. A naked four-hundred-pound woman sat between two Hell’s Angels; they were talking about group sex. “For a moment,” Joe said, “I understood exactly what the fundamentalist Muslims are so upset about.”

In his poem “The People of the Other Village,” Thomas Lux writes: “They peel the larynx from one of our brothers’ throats. / We de-vein one of their sisters. / The quicksand pits they built were good. / Our amputation teams were better. / We trained some birds to steal their wheat. / They sent us exploding ambassadors of peace.”

It’s been too long since I’ve had a good cry. I’ve driven sadness to the corner of the room, where she sits, feeling neglected. She smoothes her skirt, stares out the window, pretends to ignore me.

Has September 11 made the United States less arrogant? Has it deepened our compassion for other people’s suffering? Many things changed after the terrorist attacks, but not human nature. That’s why September 11 means one thing to George W. Bush and another to Osama bin Laden, one thing to my friend who thinks the U.S. government was behind it and another to my friend who sees it as the beginning of the country’s spiritual initiation. September 11 meant one thing in the days that immediately followed, when many magazine editors worried aloud that no one would want to keep reading the kind of shallow, cynical articles they counted on to keep the ads apart. It meant another thing a few months later, when a media executive explained, “We were blithering and terror-stricken then, and shouldn’t be held accountable for what we said.”

My feelings change like the changing seasons. The trees will be bare soon and the darkness will call to me again. Miklós Radnóti: “Sometimes a year looks back and howls, / then drops to its knees. / Autumn is too much for me.”

New York will heal, the politicians assure us. The son beaten by the mother heals. The daughter raped by the father heals.

My friend Colleen’s parish priest says the most important part of the Mass is the end, when he intones, “The Mass is ended. Go now in peace to serve and love as Jesus did.” Colleen writes: “I was thinking how different that is than just to say, ‘Go now in peace.’ It’s like you can’t have one without the other.”

Once again the president slept through the night. No nightmares. No hunger pangs. 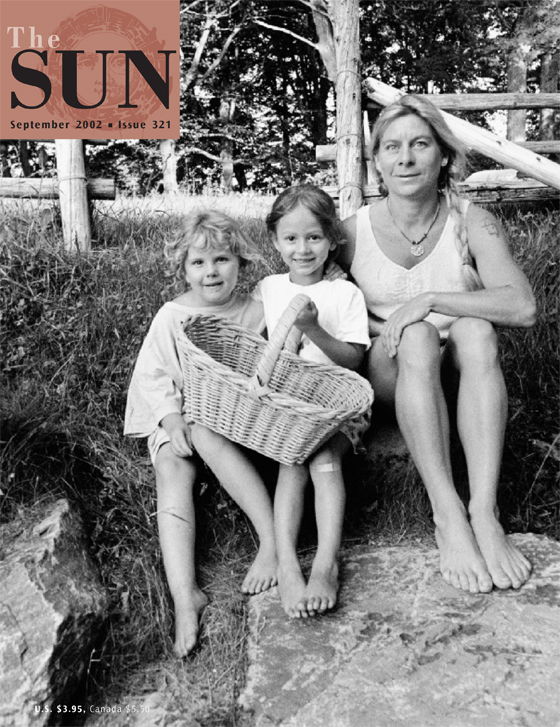 Lost In The War Of The Beautiful Lads

What You Leave Is Yours To Leave