“I’m applying for an NEA grant,” my friend Emmy tells me as we lunch on soup at the B & H Dairy Restaurant in lower Manhattan. (I have potato soup; she has borscht.)

These six words prove beguiling — and inescapable, over time.

My National Endowment for the Arts application guidelines booklet arrives at my home in Phoenicia, New York. I am not certain I’m applying; I’m just considering it.

Under “Mission,” the booklet says:

The National Endowment for the Arts, an investment in America’s living cultural heritage, serves the public good by nurturing the expression of human creativity, supporting the cultivation of community spirit, and fostering recognition and appreciation of the excellence and diversity of our nation’s artistic accomplishments.

Since both excellence and diversity are in boldface, one can only assume that if you are excellent but not diverse, you’re only as good as someone who is diverse but not excellent — while the excellent and diverse have the best chance of all.

Well, I am diverse. In any group (except perhaps a group of old Marxist hippies) I represent diversity. First of all, I am half Pennsylvania Dutch and half Jewish. It is very unusual for Jewish men to marry Pennsylvania Dutchwomen, in part because they almost never meet. Certainly, they rarely met in 1948, when my parents first became acquainted — my father was a union organizer at the RCA plant where my mother labored.

I am diverse in other ways, too. Religiously, for example. I am an agnostic, a devoted student of yoga, a conservative Jew, an existentialist, and a skeptic — plus, I have converted to Christianity three times. Politically, I am anticapitalist, yet my hobby is writing self-help books which I hope will make me rich. Even my diet is diverse: though mostly vegan, I am wildly indulgent when it comes to Wise potato chips.

Apparently you must not tell the NEA: “I want the money because I don’t like working. I find employment a little tedious.” Instead, you must invent some grand project goal the grant will help you achieve. Here is what I concoct:

I am interested in writing a book about Abraham Lincoln’s brother, but I live in a small town and have very little money for travel. This grant would allow me to visit libraries in New York City and at SUNY in New Paltz. Also, I need to read to expand my literary education.

It sounds outrageous, but it is true. I was going to add other books I hope to write — one about the local Underground Railroad, and one about George Washington Carver. (As I considered these, some evil Tempter said: Maybe they’ll think you’re black; then they’ll definitely give you the money.)

But would they believe I could write three books in one year? It doesn’t sound very professional. So I mention the one book I most believe I will write.

I struggle with the question of whether to put a red-and-white striped paper clip on the three copies of my application form. Does it look too radical? Finally I decide, I am a poet, God damn it. The least they can allow me is a peppermint-colored paper clip!

To prove my eligibility, I must submit “twenty or more different poems or pages of poetry in five or more literary journals, anthologies, or publications which regularly include poetry as a portion of their format.” But what exactly do they consider a “literary journal”? My most recent publication was in Emo (30 Colonial Avenue, Lancaster, NY 14086), which is stapled together by Natalie Basinski, who I think is nineteen. It contains my poem “Ton Anus”:

I decide against including it.

Searching a pile of unread magazines, I remember that I have been published in the Cafe Review (c/o Yes Books, 20 Danforth Street, Portland, ME 04101) — a nice, perfect-bound little journal (though the cover does depict a skeleton playing a violin). I turn to my entries:

My god! I think, as I read these. I am a fucking pornographer! These are not the best poems, I decide, to submit to the George W. Bush administration when asking for funds.

So I will use a pseudonym: “Henry David Thoreau”

This is going to be more difficult than I planned, I think.

And what about LUNGFULL! magazine (126 East 4th Street, No. 2, New York, NY 10003)? Does the NEA consider that a “literary journal”? Its most recent issue has 210 pages, with a glossy cover the editor — my friend Brendan Lorber — describes as “entirely waterproof and stain resistant.” Yet its name is mystifying, and it contains poems like this one, which begins:

(I decide to include it.)

Having assembled my Proof of Eligibility, I must now compile my Manuscript Material: “clearly reproduced copies of manuscript samples of work that you have written between January 1, 1995, and March 11, 2002, and for which you have sole artistic responsibility.” In other words, a few of my poems.

Again, I avoid work containing the word shit and insults to the rich.

I finish my ten-page packet. Without politics and obscenity, I am a romantic, with poems like:

Now I have a new fear: I don’t have any return-address labels with my legal name on them — all of them say “Sparrow.” Will this disqualify me, after all my effort?

I walk into Phoenicia Hardware to begin xeroxing nine copies of my manuscript material, but when I get to the back of the store, the xerox machine is missing!

“Dave got tired of everyone in town saying, ‘Seven cents is too much,’ ” my wife, Violet, explains when I return home. The nearest xerox machine is in Woodstock — and I don’t drive.

“If you just help me with a little xeroxing, you will soon have twenty thousand dollars,” I promise my wife.

How will I spend my twenty thousand dollars? Certainly, I will give it all to my wife — except for a mere eight hundred dollars. With this I will arrange a grand banquet for all my friends who have paid for brunches and dinners for me over the years. I’ll hold this feast in Gandhi, an Indian restaurant in the East Village. Toasts will go around the table, over Golden Lion beer:

“To Sparrow, whose gratitude is delayed, but never extinguished!”

Violet takes my manuscript to Woodstock and returns with the copies.

“Yes,” she says quietly. “I like them. That onions one is amazing.”

That’s the one I was most uncertain of: is it too weird for the United States government?

There is a bureaucratic pleasure in arranging the requisite pieces of the application in order: the nine booklets of ten poems each; the three copies of my Admission Form; and my Application Acknowledgment Card, all smartly paper-clipped together. Even if I lose — even if I receive a reply from a governmental agent, saying: “These poems are pointless and silly!” — I have, in some sense, succeeded. I have proven myself an adult.

“Which corner do we staple them in?” Violet asks.

I search the booklet, reading the same paragraph fifteen times. “It doesn’t say which corner to staple them in. It only says the page numbers must be in the upper right-hand corner.”

There is something dispiriting about the address I must send my application to: Office of Information and Technology Management, Room 815. Is that my fate, to be assessed by the Office of Information and Technology Management in Room 815? Are these poems I hear dictated by the gods just “information” to be “managed”? Am I myself some human-looking piece of poetry technology? How sad is the number 815!

Somehow I know that, on my way to the post office tomorrow — in the one block between my house and the brick building the U.S. Postal Service administers — volcanoes will erupt, cracks will open in the ground, fire will descend from heaven to smite me, kangaroos will attack. Something will stop me from mailing my masterpiece.

If only I could give the manuscript a title. (It is disallowed!) I would call it Boo-Boos without Band-Aids.

I picture all the poets across America (for even the squarest poets must wait until the last day to mail their applications) in their suede jackets, berets, bow ties, sunglasses, and bowler hats — and the women poets in their floral-print dresses depicting pink orchids — all licking envelopes, sliding paper clips onto pages, borrowing five dollars from their mother for postage, and trekking to post offices: over mountains, beside bays, inside subways, through the Painted Desert. God bless ye, American poets! And may God grant ye great poems, though he will deny almost all of ye twenty thousand dollars!

I lick my own envelope and place Shelley’s Poetical Works on top to weigh it down — for one last dose of good luck.

The application guidelines “strongly recommend that you send material ‘return receipt requested,’ which will serve as your immediate notification (and postmark proof) that the material has reached the Arts Endowment.”

I feel an urge to battle the status quo and not send my material “return receipt requested.” But this anarchic impulse vanishes when I reach the postal desk.

What was I thinking? How could the NEA’s panel of experts — there must be nine of them, because I made nine copies of my packet — all agree that my anti-aesthetic poems deserve to be showered in U.S. government dollars? Which nine people on earth would award this poem twenty thousand bucks?

Oh, it is embarrassing, and impossible.

A week has passed since I mailed my application. While I wait for a reply, I am getting a head start on my biography of Abraham Lincoln’s brother Thomas:

“Lincoln’s father named his first son Abraham, after the biblical patriarch. The second son he named Thomas, after himself. Thomas was born in 1812 and died a few days later. Abe was three.”

What a fine beginning!

I am riding with my friend Polk, who stops for gas. After filling his tank, he goes inside to pay. “I’ll have one Lotto and a Pick Four,” he tells the cashier.

I am shocked. How pathetic and small and sniveling to gamble on the deceptive promise of some future payoff. I know Polk hates his job — he is a waiter — but shouldn’t he change his life and not rely on an impossible fantasy?

Then I recall the NEA: Lotto for the literary. I am just like Polk, I silently think.

I have composed a letter to our president, in case I win the coveted grant:

Although I despise you, your policies, and your dictatorial coup of our government, I sincerely thank you for the twenty thousand dollars you are sending me. In this case, I feel you acted with discernment, kindness, and wisdom. Also, I really need the money.

In return, I will attempt to write a beautiful book about Abraham Lincoln’s brother.

A different version of this essay originally appeared in the Chronogram. 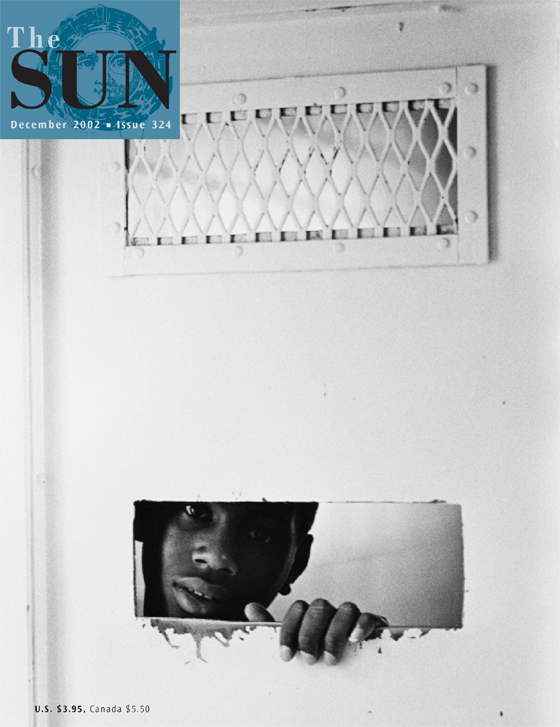 Do You Know Calvin Jones?