Any Marine | By Stephen Elliott | Issue 332 | The Sun Magazine
close 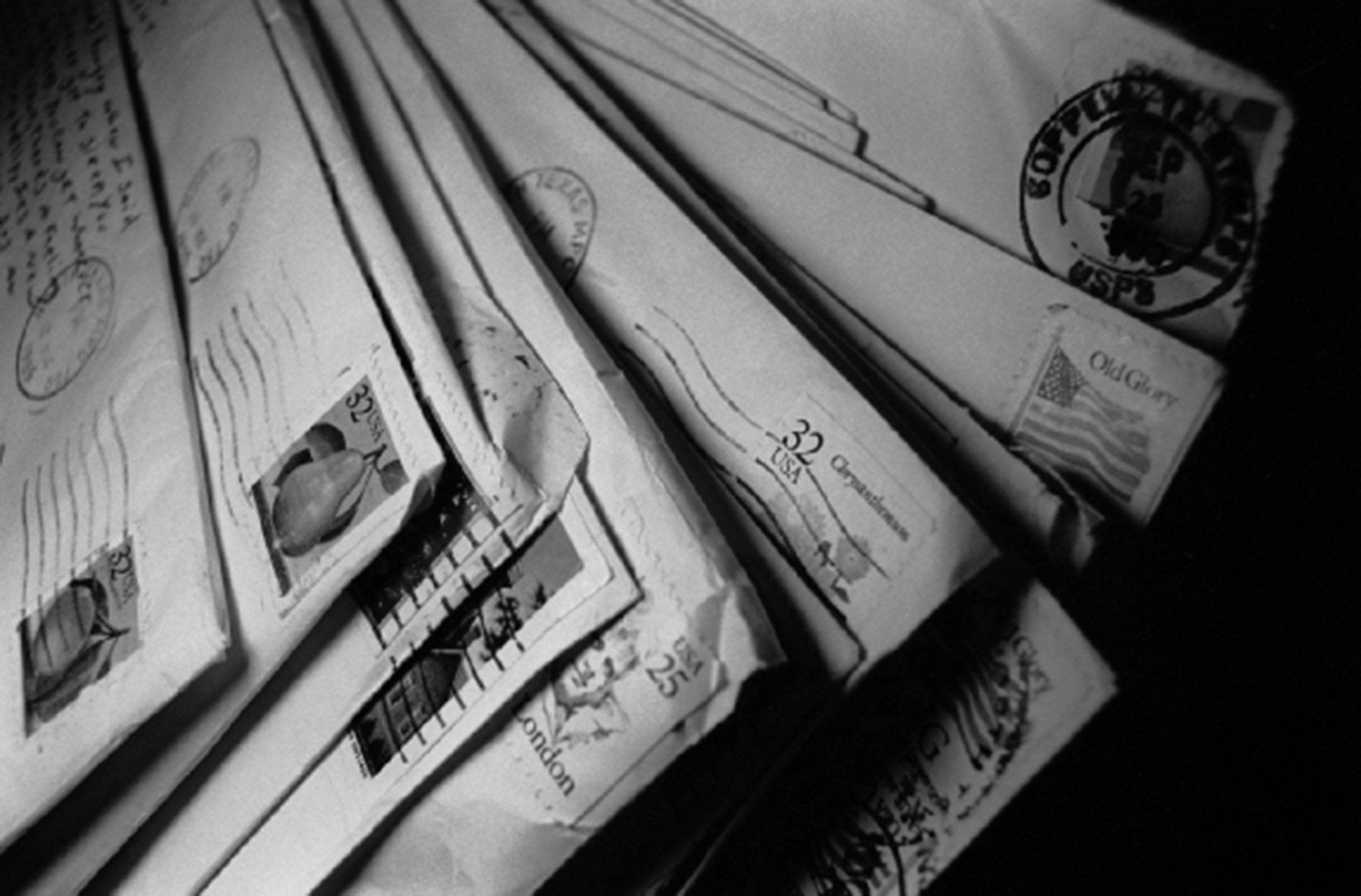 BEFORE the ground war started, we hunkered behind berms, firing shots at targets built from crumb rubber, careful not to shoot the Bedouins and their camels when they appeared on the horizon. We stood in jeeps and flashed the Saudis on the highway, making lewd gestures with our tongues and fingers at the Saudi women sitting in the back of their husbands’ Mercedes, because only men can drive in that country. We fought the Gulf War for them, and for their fat white business partners in Texas. We were hired guns, sleeping in prefabricated bunkers built years before the Ba’ath party rumbled over the oil fields into Kuwait.

This time, there are no marines in the sands of Saudi Arabia, waiting four months for the ground war to start. Saudi Arabia won’t have us, Turkey won’t have us, and Jordan says they won’t have us, but secretly they will. I don’t go. I’m not a marine anymore, even though you’re always a marine. I can’t fit into my camos; in ten years my body has gone soft and wide. But those are still my combat ribbons. Those are still my medals. I watch the war now on CNN and CBS and Fox, but I’m no fool; I don’t believe the things they tell me. I’ve done my time, and I know why men fight and die.

It was my birthday, December 3, 1990, when I received my first letter addressed to “Any Marine” — one of hundreds arriving in tall yellow sacks at Al Jubayl Naval Air Facility every day. Her name was Anika, and she had dropped out of Yale. She wanted to know what war was like. Her friends, she said, were against the war. They said the war was about oil. But her friends drove large cars and didn’t carpool. They protested with signs but not with their wallets. They knew how to complain, but not how to sacrifice. This is what she told me.

I wrote her back during a sandstorm. I told her that right and wrong don’t factor into why a marine does what he does. I had signed a contract, the same contract my father had signed before me. Marines follow orders. I told her I had nothing against the Iraqis, that I knew I was fighting to protect billionaires in Texas, and that my proudest day would be the day I scored my first kill. That day came in the rocks and dust of southern Iraq, when we overran the enemy’s abandoned bunkers. The ground was mottled with torn scalps and blasted fingers and damp bits of brain: the meat and bone of humankind. Blood stained the stones like paint, a great canvas of red and tan, a sky black with oil clouds that moved as the apocalypse moves, with tanks and armor and the roar of planes and exploding shells. We left the bodies in that field, like a death farm, some still alive and clutching their intestines, guts pouring around their knuckles, the slim and shiny muscles, pink and pumping along the lines of rib. The howls of the injured, the blinded. I scored my first kill, and I killed again.

I MOVED home after the war to stay with my father, who was going mad in his old age. He had been a good father and deserved better than the life he’d had. Anika moved to Boston, where she went to work in publishing. She said part of her was sorry the war had ended so quickly. She missed my letters from the desert. I had made her realize that something horrible could happen to her, or that she could do something horrible to someone else. She imagined herself trapped in a foxhole under fire so intense her eardrums burst. She dreamed about being caught by villagers after killing a child. Now she wrote me about the famous short-story writers and editors she’d met: Adam Johnson, Michael Curtis, David Remnick. She said she was engaged to an author. He had written a novel in which he named the main character after himself.

I wrote Anika back and told her that in the picture she’d sent, of her in a white dress, she looked like an angel, her breasts like teacups, hips like pillows a man could rest his head against and go to sleep forever. I said I had taken a job with Bosch, a manufacturer of power tools. The plant was near a freeway. I told her I’d kept her letters inside my rucksack throughout the war and thought of her as I trained my scope on a building two thousand yards from the perimeter, guiding the bombs as they fell.

We stopped writing. My father died following days of screaming about the government. The feds, he said, were coming into his home at night and rearranging the furniture. My father wasn’t insane. He suffered from multi-infarct dementia, which is caused by dead brain tissue.

I NEVER asked Anika the questions I should have, like where her fascination with war came from — and my own, for that matter. She’s married now, I imagine. Her husband, if she married the author she was engaged to, has not written any more books. He’s a one-hit wonder. I didn’t like his first one. I don’t respect people who think they can get by without participating in this world.

Now I watch the war and read the text that scrolls along the bottom of the screen. It’s a different war. Only a fool would think otherwise. My uniform hangs in my father’s old closet. I wish I were there sometimes, killing when my country tells me to kill. Because this war will not end. I laugh at the protesters who make me late for work by blocking the freeway; it’s too late to stop the war now. I laugh when the politicians say things are going well. The men and women of this absurd administration, never having gone to war themselves, treat war as if it were a video game, urging us to spend and consume as corpses pile up in burning trenches. I laugh even harder when they get upset with Al-Jazeera for airing footage of mutilated Americans along the road to Basra, their skin ripped open, chests peeled back, holes in their cheeks, eyeballs extruded from their sockets. That’s all war is.

I’d rather be a player inside the game, where there is no right or wrong, but there is truth. Truth is land mines and poison gas and the man driving the taxi who pulls a cord around his waist and blows himself up in the name of his country and his God. Instead of truth, we’re given the Oscars and March Madness. The lights stay on. I’d rather be climbing through the gore, charred flesh burned to my helmet, clear of purpose and intent, letter addressed to “Any Marine” stuck comfortably inside my vest.

Something doesn’t ring true in the stories “Any Marine,” by Stephen Elliott [August 2003], and “The Designated Marksman,” by Otis Haschemeyer [October 2003]. Was Stephen Elliott a combat marine? Was Otis Haschemeyer a navy SEAL? It doesn’t show up in their bios. I hope these writers are combat veterans, because there is something distasteful about made-up war stories. It is overreaching, no matter how skillfully done.

I share Don Hope’s concern. When I read Michael Chabon’s novel The Amazing Adventures of Kavalier & Clay, I wrote the author a similar note. I was concerned that he was writing about homosexual characters but didn’t say he was gay in his bio. Then I found out he was married and had a child. It seemed dishonest somehow. 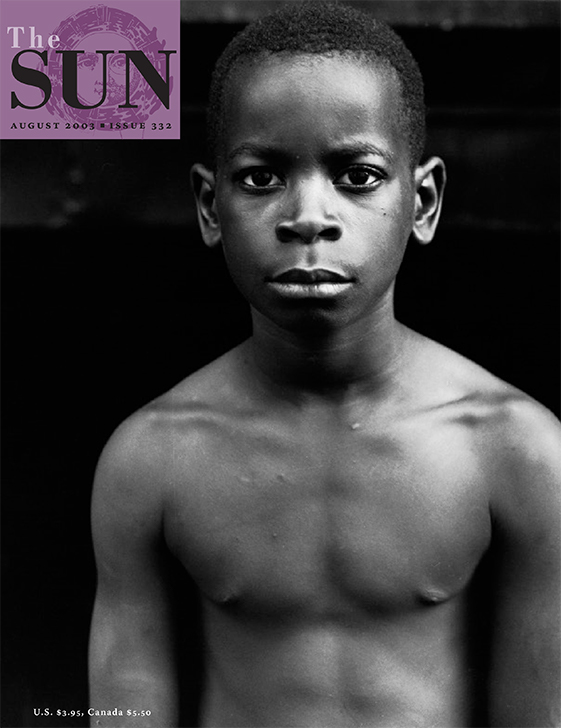