The goddess of sleep wants more respect. Eight hours? I object. I tell her I used to get by on four. She tells me I was younger then. I tell her I don’t have time for this conversation.

I dreamt that I hadn’t been getting enough sleep and that my dream box was empty.

I promise Norma I’m going to stop working so hard — after the next deadline. At the moment I say it, I’m as earnest as any religious fanatic convinced of his own ravings. But if I dropped dead today, I’d be too busy to attend my own funeral: there’s the next issue to get out, the next meeting to attend, the next stack of manuscripts to read. Maybe then I’d jump in my car and try to get to the service before it was too late. I’d pay my respects to the man who worked right up until the end, trying to save himself, or the world, even after he realized he couldn’t save either.

I call this life mine, but do I own my life the way I own my house or the land my house is built on? Do I own the ground of my being?

Trying to improve myself is a game of solitaire my ego never tires of playing; perhaps it takes the edge off feeling alone. But when every victory only reminds me I’m still not good enough, winning isn’t much different than losing.

I dreamt that the president called. He wanted me to run the Department of Homeland Insecurity. Do you really mean it? I asked.

In the middle of the night they came for me. They questioned me at length about where I came from and where I was going and whether I’d managed to make peace with myself. Had I learned to sit quietly for a minute or two? Was I able to serve others with no need to be praised? Was the Mystery mysterious enough for me?

I try to remember not to take my so-called accomplishments too seriously. Sometimes just stepping outdoors helps. James Hillman: “We would not need . . . preachers to exhort modesty if we bore in mind the world’s dispassionate habits as it goes its way, the days and nights, the tides and seasons, which keep human actions in humbler proportion.”

What kind of writer do I want to be? That’s easy: someone who writes sentences that fly from the heart like birds in a perfect V formation. See their wings catch the light! But those perfect sentences aren’t in me. They always seem to hover a few feet above my head. So I stand on my toes, trying to reach them. I jump up and grab fistfuls of air. Then I blame myself for being worthless, not a real writer, a man who doesn’t know how to fly.

The problem: trying to create something more beautiful and elegant than I’ll ever be.

Frustrated with my slow progress on an essay, I sigh. My gray cat Cirrus, perched on the windowsill, turns her head and stares at me with her limpid green eyes. Here we are, alive together, which her silent gaze expresses more eloquently than all my meowing.

Does it really matter whether I write early in the morning or late at night; before making love, or after an argument; on a lazy afternoon when I imagine I have forever, or on a day when I remember I could die at any moment and my fear is as big as a house and I can’t find the door?

I need to write more spontaneously, to stop trying to drape the perfect sentence around my lumpy thoughts, as if language were a neatly pressed suit I couldn’t bear to wrinkle. Let me take off this jacket and toss it on the chair. Let me roll up my sleeves and get to work. Bring on the soaked shirt and sweaty brow, the labor pains and the miracle. The only way to write is to write.

I have nothing to say today. Why not trust this silence? Even in the Tower of Babel, there are locked doors at the end of long hallways. And when the elevator is stuck between floors, it’s not always wise to sound the alarm.

And still I believe in words: the right word, just one word, caked with salt and covered with seaweed, rising from the depths.

I asked the Muse if she needed a ride. When she hopped in, I couldn’t believe my eyes. What a babe. I slid my arm around her and cruised down the avenue. Women waved; men nodded and smiled. How proud I was to finally be a real writer. 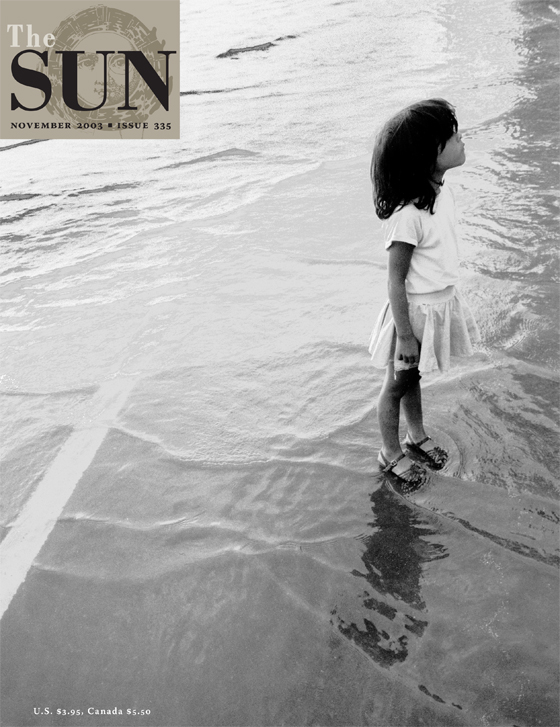 The Secret Of My Success