A Plan To Change The World | By Lorenzo W. Milam | Issue 337 | The Sun Magazine
close 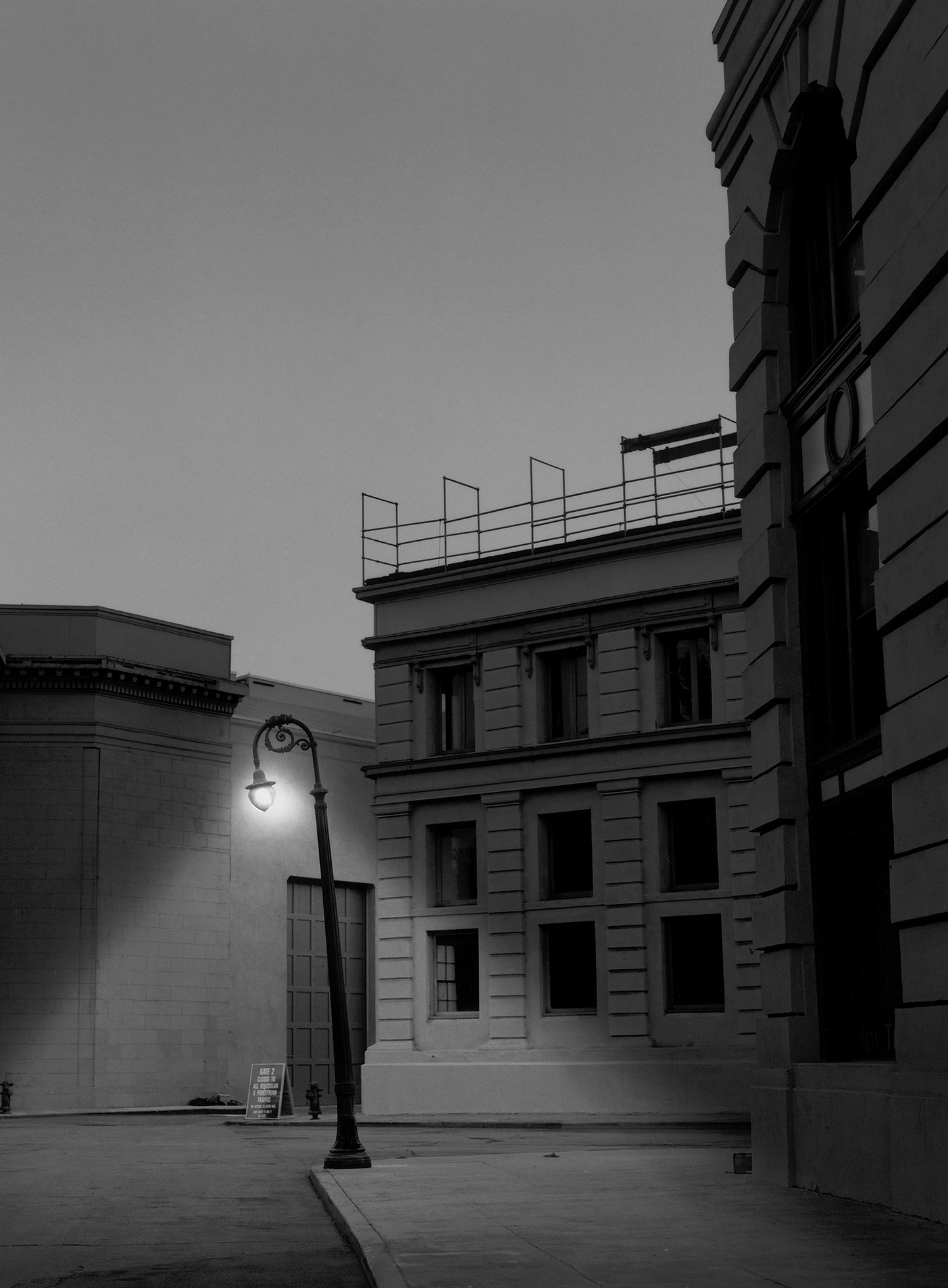 A Plan To Change The World

Fifty years ago, I enrolled in a Quaker university. There, I was taught that war — and the killing of people in general — is Not A Good Thing. I was also taught that each of us is responsible for helping to bring peace to the world.

When I got out of school, I went off to figure out how I, personally, could do something about this killing business.

It was the late 1950s. The United States and the Soviet Union had been rattling nuclear sabers at each other for almost a decade. Everyone knew that sooner or later — by error or on purpose — the two countries were going to fire their missiles. I remember having nuclear nightmares: dreams of bombs going off, children dying, nothing left but ashes and radioactive dust.

My worried mind was not eased by the fact that, when the missiles began to fly, the president, members of Congress, and high-ranking generals and admirals would be whisked away to underground bomb shelters in Pennsylvania and Colorado. While the rest of us were knee-deep in blood and radiation, the powers that be would safely wait out the holocaust, ready someday to emerge and rebuild a brave new world in their image.

My hunch was that these political types hadn’t thought things through. If someone were to convince them of the folly of their ways, they would come to their senses, make peace with the Soviets, and, most of all, drop this idea of murdering the world.

I ended up living in Berkeley, California, married (with child), working on my MA in English, and doing part-time volunteer work for the Pacifica radio station KPFA. The station had been put together in 1948 by several pacifists and regularly ran programs on the ghastly threat of nuclear holocaust. There were weekly readings from Soviet periodicals, interviews and commentary from every point of view imaginable, and music from all over the world.

In those days, there was nothing like Pacifica anywhere else in the country. There should be a station like this in Washington, DC, I thought, so that people in power can be exposed to the alternatives.

I was so swept up by my vision that in the spring of 1959 I resigned from my studies, resigned from my marriage, and took a jet to Washington. I went directly to the Federal Communications Commission, to the man who handled FM frequency allocations for the United States, one Ed Hackman. I told him that I wanted to start a free-forum radio station there in Washington.

This isn’t as crazy as it sounds. In those days AM radio was dominant, and there were FM frequencies to be had for the asking. Still, I suspect that Hackman thought I was a bit touched, especially with that “free-forum” business. “You need an engineer,” he told me, “and a lawyer.”

I didn’t know anyone in the city, but I knew damn well what I wanted. I started asking around, got to meet a few people, told them about my dream. Washington radio was even worse then than it is now. There was no public radio of any kind. Many people signed up to serve on the board of directors. I found a lawyer and an engineer, both of whom agreed to work for free.

On October 30, 1959, I personally delivered an application for an FM station to the FCC. I stayed long enough to watch the secretary certify it. Then I went back to my dingy, thirty-five-dollar-a-month office on F Street to await my permit to build a station that would address the issues of the day and perhaps save us from global mayhem.

So I waited. And waited. And waited some more. When I wasn’t writing soulful poetry and reading the newspapers, I read the weekly press releases from the FCC. Before long I noticed that FM permits were being granted to others who had applied at the same time I had. People who wanted to broadcast mood music, or rock, or fundamentalist religious programming were walking away with their permits: average waiting time, two to three months.

I went to the FCC to ask if they had misplaced my application. “No,” Hackman told me. “We’re working on it. We’ll let you know.”

Nine months later I was still waiting by the telephone. I asked my lawyer what the hell was going on, but no one at the commission would talk to him either.

In May I inveigled an invitation to have lunch with Charles Bennett, the congressman from the district where I had grown up. Bennett was an important legislator and served on many committees. He was on crutches (polio, 1942), and I was on crutches (polio, 1952), so we made quite a pair as we crutched our way down to the House of Representatives dining room, where they served us ham potpie and black-bean soup.

We chatted about this and that, and then I launched into my speech: “I want to build a noncommercial radio station here in Washington. It’ll have music from all over the world and commentary from every point of view. It’ll have interviews and recordings of important speeches and documentaries and news programs that will look at all sides of the issues. Most of all, it will respect the audience.” It was the same speech I had used to talk the professors and social activists and educators and union leaders into serving on my board.

“There’s a station just like it on the West Coast,” I told Bennett. “You may have heard of it — KPFA in Berkeley. I want to start one just like it here in Washington, but the FCC is sitting on my application, and I don’t know why.”

“After I got your call,” he said, “I made contact with the commission. They told me about your application.” He paused. A long pause. “We live in a wonderful country,” he said. He paused again. “We have freedoms in this country. Many other countries in the world don’t have the same freedoms that we do.”

“But there are people in this country who want to hurt us, to use the freedoms we give them to do damage to the political system, to try to destroy the government. We have to protect ourselves against these people who want to use our very freedoms to destroy what has taken so long to build up.”

He went on in this vein for another fifteen minutes. Then, having nothing more to say, he finished his potpie, stood up, shook my hand, and crutched off.

What the fuck is he talking about? I wondered. What in God’s name is going on?

It took me two years to figure out what Charlie had been trying to tell me indirectly at that luncheon of bean soup and potted ham. In the meantime I got rid of my file cabinet and desk, burned all the poems I had written while waiting, and got on a slow boat to Europe.

A year and a half later, my lawyer wrote and said that someone at the FCC wanted to talk to me. Reluctantly, very reluctantly, I got aboard a Yugoslav freighter in Cartagena and made my slow way back to the country I had vowed to stay away from forever.

Soon enough, my lawyer and I were sitting in the office of the assistant to the new chairman of the FCC. He was explaining what had happened to my application. It seems that fear of the Great Red Beast had swept through the FCC just about the time I had come to town. The station I loved so much and wanted to duplicate, KPFA, was seen as a hotbed of troublemakers, revolutionaries, and communists.

Officials at the FCC, in close cooperation with the FBI, had deemed it vital to get KPFA off the air. On my application, I’d stated that I wanted to do exactly the same kind of programming there in the government’s backyard. That’s why they had been sitting on it, even though it was illegal for the FCC to deny a broadcasting permit on suspicion of possible objectionable programming. (We were, after all, living in a democracy, with something they called freedom of speech.) Thus, in order to block my application, the government had done what it does best: nothing.

The Washington, DC, station was out due to a technicality, but there was a frequency available in Seattle, Washington. It was mine, if I signed a loyalty oath stating that I was not a member of the Communist Party and had never belonged to “an organization that plotted the overthrow of the government of the United States.”

To have the station of my dreams, albeit on the other side of the country, I’d have to trash one of the ideals that had brought me this far. Thousands of professors, union members, and professionals had been dumped from their jobs during those years because they’d refused to sign such a loyalty oath. They had felt — to the point of giving up their livelihood — that our government had no right to ask such a thing of an American citizen.

I consulted my old college mate John Bevelan, a wise anarcho-syndicalist who had read Marx and Engels, knew Kropotkin and Bakunin backwards and forwards. He was also a merry sort, and we’d spent much time barhopping while I’d waited for my permit.

“Look at it this way, Lorenzo,” he said. “If you don’t sign, what do you have? You will end up with nothing more than the satisfaction of having stood up to an asinine government that makes stupid demands of its citizens.

“But if you sign, what do you get? You get a radio station. And once you get your radio station, you can do or say any damn thing you want — especially about a government that forces good people into binds like this.”

After that, the answer was clear. KRAB went on the air in Seattle in 1963. We put KBOO on the air in Portland in 1968. KDNA in St. Louis started up in 1969, KPOO in San Francisco in 1973. By the time the seventies were over, friends and I had brought into being some fifteen other community stations around the country — including WPFW in Washington, DC.

WPFW was really a Pacifica station, but they invited me to work on their application. They had heard of my troubles and wanted me to be a part of it, and I certainly wanted to be there when it went on the air.

Lorenzo Milam’s essay about progressive radio [“A Plan to Change the World,” January 2004] mentions his involvement with radio station KDNA-FM in St. Louis. In 1969 I was a student at Principia College, about forty miles upriver from the Arch. We could just barely pick up KDNA, and it was a marvelous radio station. Listening to it was a significant part of my education.

I have long wanted to thank those who made that station possible. They helped reorganize the thinking of this Southerner, who just barely avoided the quicksand of unhealthy tradition.

Philip Smith College Station, Texas
More Letters
What Do You Think? We love getting letters to the editor for our Correspondence section.
Has something we published moved you? Fired you up? Did we miss the mark?
Send A Letter