No one needs astrology. Everything a person can learn from his or her birthchart can be learned someplace else. Like any other language, the symbolism of astrology is just a tool, just a finger pointing at reality. And like any tool it can be abused, used as a crutch, hidden behind, and misapplied. Despite all these pitfalls, it remains a good tool for certain people at certain times in their lives.

Anyone who has ever played the role of the astrologer has a right to be paranoid. Astrology has been so misunderstood, so misrepresented by the various media that the real meaning of the word has almost been lost. To admit to being an astrologer in some places is like admitting you watch soap operas or have a subscription to The National Enquirer.

The major misconception in most people’s minds is that the birthchart represents a piece of prefabricated psychological machinery which is inserted between your ears at birth and with which you are blessed or cursed until the moment of death. The underlying idea here is that the astrological symbols are rigid, inflexible things which never grow or change. From this arises all those grating pop-astrology truisms: Scorpios are sexy, but can’t be trusted, Capricorns are uptight, Pisceans are cosmic, but too spaced to keep it together, and so on.

The truth, of course, is more complex. Each symbol represents a spectrum of possibilities. An individual can respond to his or her chart in a self-centered, materialistic way or in a self-less, even saintly, fashion. Most of us spend our lives exploring the shades of gray between the extremes. No astrologer can tell anything about a person’s stage of development from a birthchart alone. All he can do is see what path the person will be following: Directions, not distances.

So why bother with it?

The answer here is easy. In the hands of a sensitive, skilled, and articulate astrologer, the birthchart can catapult the consciousness toward a point from which the life can be viewed as a whole. In a flash, the whole tapestry of strengths, potential problems, creative tensions, joys, sorrows, and aspirations which make up the personality comes together in the mind of the individual. And it stands distinct from the mythologies, heroes, and values which our culture has been trying to graft onto us ever since we first learned how to turn on the television set.

The personality as it emerges in the interpretation of a birthchart is different from academic definitions of the word in two important ways. First, it is seen a transitory thing, a lens which the spirit chooses to peer through for a brief moment. While no good astrologer would ever seek to force-feed his or her clients any metaphysical system, astrology in its purest form remains a spiritual art. Much of the symbolism refers to the individual’s capacity for self-transcendence. Astrology does not try to theorize about the mystery of life, but it does assume that the ultimate purpose of being human is the attempt to make some sort of personal peace with that mystery.

The second point at which the astrologer and the middle-of-the-road psychologist diverge has to do with the question of experience itself. To the astrologer, there is no sharp distinction between the inner world and the outer. The individual’s vibration will constantly be causing situations to coalesce around him, and these situations will reflect the dynamics of his inner being. What the psychologist might see as a coincidental grouping of events, the astrologer will interpret as a purposeful structuring of reality called into existence by the very being of the individual. Thus, a spirit of vision and personal responsibility are emphasized, while simple “coping” is de-emphasized. And underlying it all is the supposition that the personality is just a stop along the way, not an end unto itself. We are here for lessons. The birthchart helps to confirm in our own minds what those particular lessons are.

This then is the real purpose of astrology: to hold a mirror before the evolving self, to tell us what, deep within us, we know already. Through the symbolism, we fly far above the mass of details which constitutes our lives. We stand outside our personalities, and glimpse for a moment the central core of pure individual truth around which all the minutia must always orbit. We witness ourselves. 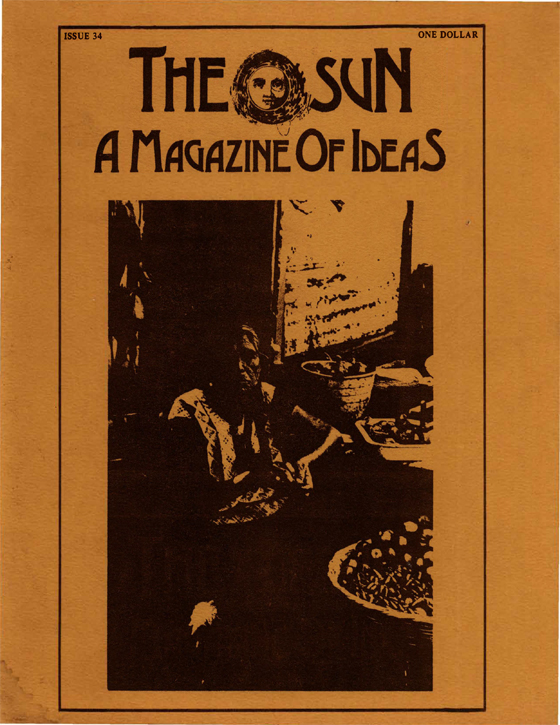 [It is raining in the desert,]

By Will Inman
The Sun Interview

An Interview With George Leonard