I am not a crook.

Now, having established that, let me hastily concede that I would, in fact, like to have it both ways. That is, I would like to have a clear conscience, and be able to keep the stuff too — the stuff being a handful of diamonds, sapphires, and so on, that some burglar left in my East Side pad a while back.

The whole thing begins when I return from Albany after one of the longest legislative sessions in history. I am so tired I just want to plop down and hibernate for a couple of days. But, when I unlock and open the door to my apartment, I see a man standing there, with his back to me.

He hasn’t seen or heard me, and continues about his business of piling up my little TV, radio, stereo. I softly — very softly — close the door, tiptoe down the stairs, and call the 911 police emergency number.

“There’s a burglar in my pad,” I tell the nice man who answers, “and if you get a cop over right away, you might be able to catch him. I’m six feet tall, wearing glasses and a blue shirt, and carrying a newspaper in my right hand. I’ll be standing at the corner of 90th and Third Avenue, next to a public telephone.”

In record time, a policeman is there — almost getting to the corner ahead of me. “What’s the layout?” the cop asks, as the two of us are running along the sidewalk. “How many ways can the burglar get out of your apartment?”

“There’s a front door and a back door,” I explain, as we enter the apartment building and start up the stairs, “and four windows — two of which lead onto fire escapes.”

“Okay,” says the cop, who obviously can’t cover four exits, “you want to take one door?”

“Sure,” I say, thinking to myself, for some reason or other, that doors open to the OUTSIDE (since I weigh close to 200 pounds, I figure I can throw my weight against the door — and then the only thing that matters is who’s the heaviest).

So, I unlock the front door for the cop — who pulls his gun (it was terribly dramatic) and goes charging in with a hearty cry of “POLICE! Come out with your hands up!” I go around to “my” door and only then realize, with a sinking heart, that many doors do NOT open to the outside.

They open to the inside. So it does matter who’s the strongest. Being HEAVY, much to my chagrin, is not enough. I have to grab the door and pull against the burglar if I want to keep it shut when he tries to come out.

Footsteps. People running. Through my bedroom. Through the living room. Up to my door. The peephole is pulled, and I’m eyeball-to-eyeball with a real live burglar. The burglar says, “Oh, shit!”

I’m glad there’s a door between us. I grab the doorknob and get ready to pull for dear life. But the burglar, seeing only an eyeball, apparently does not realize it belongs to a debauched newspaper reporter, whom he could beat up with one arm tied behind his back. Maybe he assumes there is a badge, a gun, a billy club, and a knowledge of judo below that eyeball. Maybe he “sees” a cop. Anyway, he releases the peephole, spins around to head the other way — and runs right into the sho nuff cop. Irregularities follow. I hear tables and chairs crashing, human bodies falling against the wall and floor.

What to do? I hope the cop wins. What if a burglar emerges with blood dripping from a knife? Either way, I don’t think I’m going to be too popular around here. If the cop wins, is he going to say to me: “Where the hell were YOU when I needed you?”

Well, hell, I didn’t tell him I was going IN there. I don’t have a gun or nightstick, or karate training. I’m just a good-natured country boy from North Carolina. What the hell does this cop expect, anyway?

But, from curiosity, rather than valor, I do decide to peep. As I open the door, I hear a voice (you’re not going to believe this) saying “up against the wall, muthafugga.”

I open the door, and the burglar is face down on the floor. He obviously COULDN’T get up against the wall, even if he wanted to — since the cop has his hands behind him, and is clamping on the handcuffs (the “up against the wall” bit apparently is an integral part of an arrest, like reading him his rights).

At almost the exact instant that he snapped the handcuffs on the burglar, cops came from everywhere. Sirens, flashing blue lights — the place was crawling with fuzz.

Turns out the cop who made the collar isn’t angry with me for not being around when he was wrestling the burglar to the floor. Choosing his words very carefully — and using all sorts of little euphemisms so as to leave my masculinity and virility intact — he says something that comes down to: “The door was as far as I WANTED you to go. I didn’t want you inside there where the heavy lifting was going on — you probably would have just gotten in the way anyhow.”

I comment on the fact that many of the cops I used to ride around with — on my first newspaper job down south — do not generally go in alone like that, but prefer to wait for the arrival of the backup cops (often the “perpetrator,” as they say in the biz, is gone by the time the backup team gets there — which probably would have been the case with the perpetrator in my place if the lone ranger cop had waited for the backup team). “Just doing my job,” says the cop who made the arrest, as police start into the paper work.

Turns out none of the police want anything, but the burglar would like a glass of ice water.

And, while I fully expect to catch a lot of crap from my bleeding heart friends about this, I’ll tell you people right now that Irv Long is no great white liberal when it comes to burglars in his apartment.

In YOUR apartment, maybe. But not in mine. Also, while I may play a timid prince hamlet outside the door while the cop is wrestling the burglar to the turf, I can be downright tough once the cuffs are actually on.

(I turn to the burglar) “Let’s get this straight,” I say, in a very gruff, authoritative voice, “you break into my apartment through a window, and come in here where you are not invited, for the express purpose of stealing my stuff. And, after working almost around the clock for the last two days, I can’t even sleep in my own apartment? What’s this country coming to when a man cannot even sleep in his own apartment where he pays rent? Well, I’ll tell you right now: I’m certainly not going to get you a drink of water.” (That’s telling him, huh?)

The burglar then makes it known that he was not even carrying a knife, and wished people were made more aware of the difference between burglars and muggers. He is convinced I must have been under the impression he was going to try to murder me, as well as burglarize my place. He simply cannot understand a man being very angry about a burglar entering his apartment.

He reminds me, somehow, of “realtors” who sporadically yell at newspaper reporters who don’t differentiate between “realtors” and ordinary, run-of-the-mill real estate men (a realtor is to a real estate man as a CPA is to an accountant? I never did get that straight). But, I digress.

Anyway, the burglar standing there in handcuffs looks as if his feelings have been hurt, and does make it known that he did not stab or beat up on people — he just steals their stuff (a distinction which I can, in fact, appreciate). But I still don’t get him any water.

After the burglar who doesn’t hurt people but only steals their stuff is hauled off to jail (where he spent a day or two because he can’t make bail, and then is released on probation), things seem to be relatively calm around 90th and Third Avenue . . . for awhile.

Hearing a commotion one night, I look out the window to see a youth gang engaged in vandalizing the area (tearing up somebody’s car, turning over some garbage cans). Well, it wasn’t MY car they’re tearing up. But, they do seem to be moving up Third Avenue. And my car is the third or fourth one up the line.

Well, what can I say?

I mean, have you ever done something without really thinking? And then, just one second after doing it, said to yourself: “Gee, self, that was not a very intelligent type thing to do. And I already wish I hadn’t done it.”

Anyway, to make a long story short, I throw a bucket of water on the youth gang.

And it works. They stop tearing up the car.

And turn on me.

They start throwing rocks, but they’re lousy shots — and none of them hit my window. But I finally do get around to doing what I should have done to begin with. I call 911. Once again, the cops are there in an incredibly short time. They chase the kids away. But then I start thinking, “Oh, God! Why did I have to do that? What if they come back and kick the ever-living hell out of me?”

Anyway, I say to myself: “Hmmm, I think this bookcase would look good on the other side of the room.” Moving the bookcase, I spy a little black leather pouch behind same.

S-O-O-O-O, I open the pouch and find a handful of diamonds, sapphires, and so on. (God rewards the pure of heart; I mean, you yankees can laugh all you want to at this born again business, but . . .)

So, all this finally brings us down to the question: What should I do? No initials on any of the rings, so not much chance of getting them back to the original owner. Guess we can assume the burglar hit another place before coming to my apartment, and then stashed the take from the other joint behind my bookcase when he heard the cop coming through the door after him. It appears to be about a thousand dollars worth of loot.

Some friends say “Turn it in. It’s not enough to sell your soul for.” Another says turn it in to the cops, and then get it back in 90 days if they don’t find the rightful owner (now this sounds good, since, as I said, the name of the game is to “have it both ways . . . Have a clear conscience, and be able to keep the stuff too”). What would YOU do? 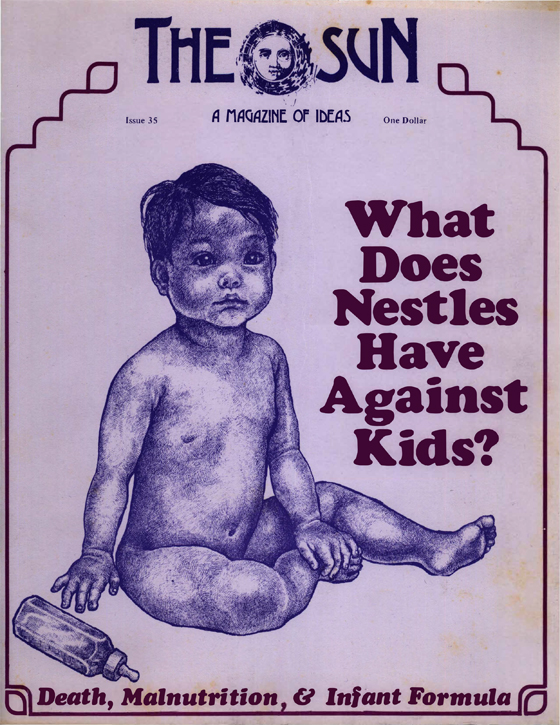