I can pretend that adoring Norma is the same as loving her — until she does something that isn’t so adorable. Then I’m reminded it’s an illusion I adore. Do I adore the illusion more than I love Norma?

Love doesn’t mind giving the same lecture again and again. Love wants me to get it right. Love won’t change a “fail” to a “pass” because the dog ate my homework. Love respects me even when I don’t respect myself.

It doesn’t feel right for Norma not to be here tonight. It never does. But I’m a modern man, married to a modern woman: she drives to the airport, gets on a plane, and flies to a city hundreds of miles away. It all seems so matter-of-fact, so mundane, but not to the one inside, my inner Republican, who wants his wife home every night because his mother was home every night; who longs for a time when the planets revolved around the sun in an orderly fashion and the moon kept its dark side hidden. The one inside says goodbye to his wife, then wants to invade another country.

When I woke up, I felt as if someone had driven a spear into me. In my dream, Norma had fallen in love with another man. I saw my conqueror; he had a kind, intelligent face. It all happened so quickly: My village in ruins. My heart aflame.

If I were lost, utterly lost, in a world that made no sense to me, would I admit it? Perhaps, as the panic rose, I’d pretend that everything was going well. Perhaps I’d keep drinking my coffee and reading my newspaper and noticing the women walking by. Perhaps I’d fall in love with one of them, get married, have children. Perhaps I’d insist, There’s no reason to panic.

Loneliness is here. She drove all night, she says, stopping only for coffee and cigarettes. She had nowhere else to go, she says. What difference does it make if my dead mother told her to say that or if it was something she read in Psychology Today? Calling her a liar never gets me anywhere. She takes off her coat, tosses it on a chair, then curls up on the sofa as if she belonged here, as if I have nothing better to do than to sit beside her tonight, just the two of us.

Leonard Cohen’s Zen teacher told him, “The older you get, the lonelier you become, and the deeper love you need.”

I’m fifty-nine. By this age, I thought it would be easier, that there might be some kind of peace dividend. But in the slums of my sexual imagination, the fighting still rages. As my troops move another barricade into place, a woman steps from the shadows. She smiles coyly as she slips off her dress and lets it drop like a promise she never meant to keep.

Saint Augustine: “I know what God is as long as you don’t ask me.”

The playwright Arthur Miller is eighty-nine and has a thirty-four-year-old girlfriend. He met her shortly after the death of his third wife, to whom he was married for forty years. “I like the company of women,” he told an interviewer recently. “Women are livelier than men and more interested in people. Men get abstract with their ideas.” The interviewer asked why a man his age would saddle himself with a new relationship and “the inevitable host of accompanying demands.” Wouldn’t it be easier just to call up friends when he wanted company? “Not if they’re dead,” Miller replied. “Then it takes longer.”

I still imagine there’s a way to avoid suffering: if only I meditated more conscientiously; if only I flossed more regularly. Then I recall the wonderful Buddhist saying: “Ah, the joy to remember there is no happiness to be found in this world.”

Disguised as the riding sun, God waved to me. Having lost patience with these cat-and-mouse games, I pretended not to notice. Last night God must have been hiding in the bedroom, because when I made love with Norma and cried his name out, God answered, and for a moment I believed again. Then, heart pounding, I searched for him — under the bed, everywhere.

The man who thirsts for water will still be wild with thirst no matter how much he’s admired, no matter how beautiful his surroundings, no matter how understanding his wife is. On his wall is a painting of a stream. He gets up. He straightens it. 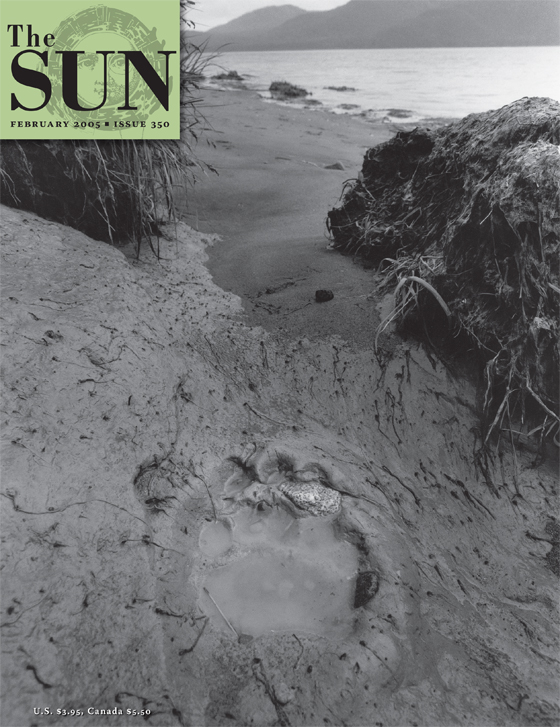