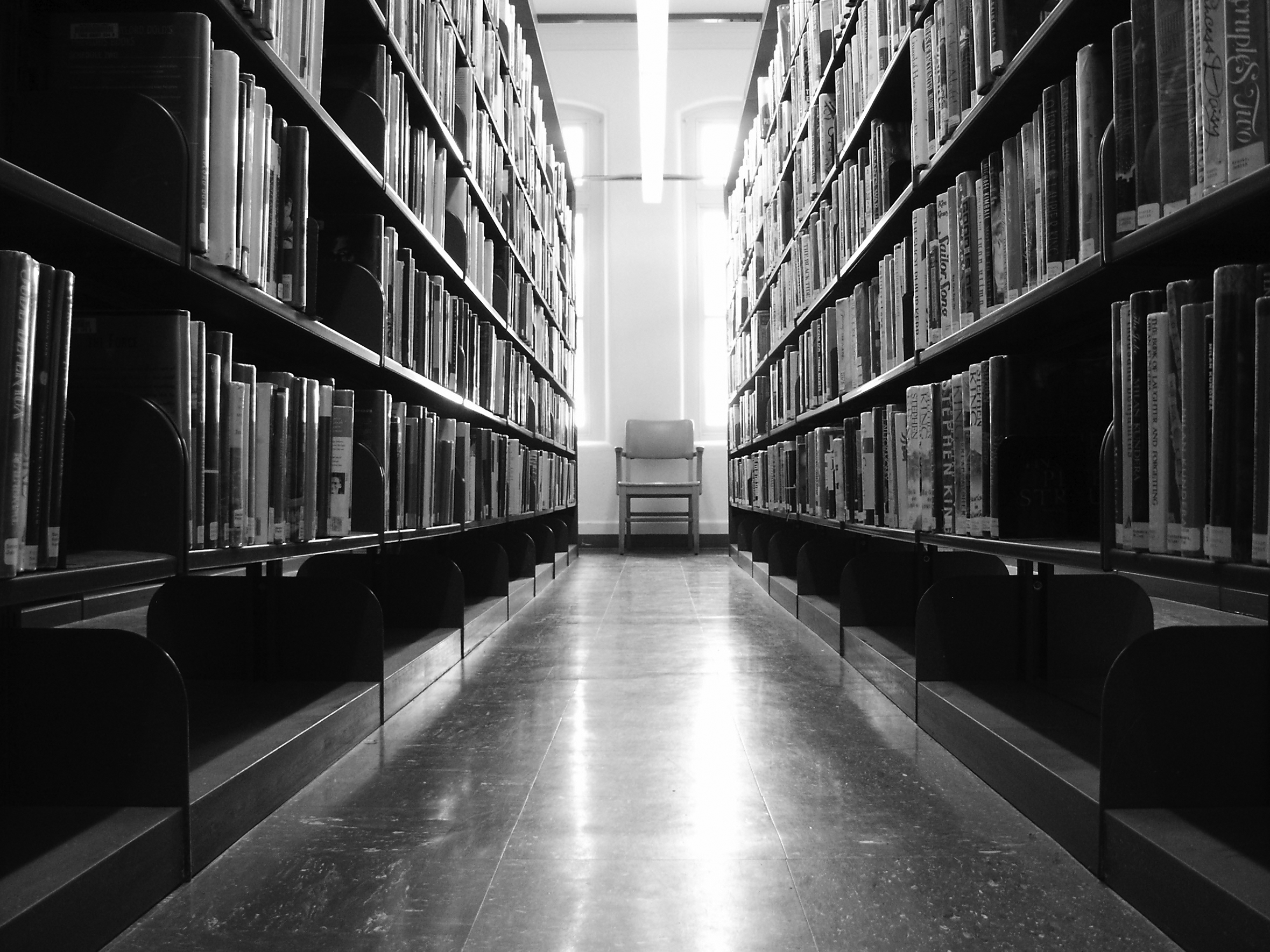 Confessions Of A Book Junkie

Here in this high-desert penal colony, boredom is king, and although prison is not nearly as harrowing as it is made out to be in the media, simple pleasures are in short supply. Under these diminished circumstances, passing the time with a good book takes on new meaning. Books are cherished, hoarded, reread, traded, borrowed, begged for, and accumulated in any way possible. Other pastimes — TV, chess, basketball — just don’t have the sheer distraction power of the written word.

Before my fall from grace, I was a working musician and lackey for the advertising industry. Between the band, the day job, my beloved children, and several demanding girlfriends, there was little time for books. I often dreamt of a place where I would have nothing to do but read. So here I am, dream fulfilled.

The loss of freedom enhances one’s ability to lose oneself in a story. Since my reality isn’t all that desirable, I am eager to suspend disbelief and accept faulty premises, one-dimensional characters, and unlikely events. Several times during my incarceration I have read twelve to fourteen hours a day for weeks on end, drunk with escape.

If the miscreants in here learn nothing else, they learn to love books regardless of pedigree. Most inmates’ tastes in reading material are pretty much in line with the rest of society’s: John Grisham, Stephen King, Jackie Collins, Dean Koontz. I belong to a smaller inmate clique of picky readers who are more likely to read William Gibson or Gabriel García Márquez. I also like John Steinbeck and Tom Wolfe, Paul Theroux’s travel books, and well-written biographies such as David McCullough’s John Adams and Graham Robb’s Rimbaud.

The most popular author in here is Danielle Steel. The relentless romance and sex in her novels appeal to men with neither in their lives. Each new Steel book is devoured more than read, then reviewed and dissected in impromptu discussion groups on the yard. A close second to Steel is Louis L’Amour, who appears to have written thousands of books, and many inmates have dedicated themselves to reading them all — several times, if possible. They believe that their lives would have been less complicated if they’d been born in the 1800s, when there weren’t so many laws. The love for L’Amour and Steel cuts across all racial and generational lines, and those authors’ books are among the few items regularly traded between prisoners of different races.

Readers who don’t go in for popular fiction have their own obsessive areas of interest. The history buffs are as well-read as any professor in their field. I get the sense that the serious students of history are hoping that, by learning about the big picture, they can somehow figure out what went wrong with their own little picture. A subset of the history buffs are the biography hounds, who simply want to read about people who did well and aren’t in prison. A small percentage of inmates read Scripture as if their lives depended on it. Bibles are everywhere, donated by a variety of well-meaning organizations, and if what they say is true, God is trying to reach us in particular. I read the Old and New Testaments straight through during one lockdown and found them compelling but confusing.

A number of inmates read nothing but the law, for obvious reasons. Some of these amateur lawyers were raised in the ghetto and formerly prided themselves on never having read a book in their lives. Now, driven by necessity, they have a close relationship with Latin and are more up-to-date on legislative hijinks than the legislators themselves. Just keeping up with California’s ever-shifting three-strikes law is a full-time job. Every so often a self-taught legal scholar manipulates the system correctly and gets his sentence substantially reduced. Pelon Andrade, a prisoner here at Tehachapi Correctional, has fought his case (twenty-five to life for shoplifting children’s videos) all the way to the United States Supreme Court and appeared on 60 Minutes — all because of his reading and legal research.

Still, most inmates would rather escape into fiction. We all squirrel away as many books as possible in anticipation of the inevitable lockdown, during which we are confined to our small cells. These claustrophobic affairs can be brought on by a fight, an institutional drug bust, or a state budget crisis and can last anywhere from a couple of days to six months. During lockdowns people often rip books in half in order to share them — a disturbing practice.

There are various ways, all tolerated by the authorities, to collect and maintain an in-cell library.

1) Mail order: Certain reputable bookstores (i.e., ones that aren’t likely to include contraband with your order) are allowed to mail books to prisoners. This method is prohibitively expensive, however, in light of the average inmate’s pay of thirteen cents an hour. There are some lucky souls, such as myself, whose families pay for their books.

2) Trading: Over a year, a book can pass from hand to hand a hundred times. Whenever I find or am offered a book, whether I intend to read it or not, I add it to my collection in hopes that I can trade it for something more desirable. Some less-careful planners will throw out books they don’t want, like the copy of Woody Guthrie’s Bound for Glory that I found in the trash.

3) Writing letters to authors: The percentage of authors who reply is low, but several have responded to me — most notably Anne Tyler and Elmore Leonard, both of whom sent boxes of their books and gracious letters.

4) Abandoned books: By law we are allowed only twelve books each in our cells, but this law is rarely enforced. The authorities probably figure we are better occupied with reading rather than plotting mayhem. Unfortunately, when transferred between institutions (which can happen suddenly and for no apparent reason), an inmate is obliged to cut his library down to the state-mandated maximum. He will try to trade books for food and cigarettes, but it is most definitely a buyer’s market at that point, since everyone knows that the books must be disposed of one way or another. Often they are given away or abandoned. I once found several novels by Heinrich Böll, Yann Martel’s Life of Pi, a Bob Dylan biography, and John Irving’s newest book. Whoever had abandoned them was gone, and I wondered why I hadn’t known of this avid reader’s presence.

5) The prison library: Where I reside, the library is a confusing potpourri. Though the spectrum of reading material is wide and eclectic, it is also unorganized and full of holes. As you can imagine, the fellows here have trouble with the lending concept, essential to any library, and regard it more as a place from which to take things.

In order to quickly assess a book, I’ve learned how to decipher the blurbs and hype on the jacket. A good quote from the New York Times indicates a certain level of competence on the author’s part. The term “New York Times Bestseller,” however, means nothing except that thousands of people have different tastes than I. Blurbs written by other authors are notoriously unreliable. Stephen King evidently reads hundreds of books a year and, judging by the numerous quotes attributed to him, is impressed by them all. Many times, when choosing a book, I’ve been forced to abandon my prejudices due to a paucity of selection. This has led to my reading books of every type and caliber, and I was glad to have them all. In a pinch, nearly any book that a major publishing company has seen fit to print has its merits.

The state will eventually let me go, and I’ll look back on this reader’s paradise with a small amount of wistfulness. A small amount.

I enjoyed Saint James Harris Woods’s essay on finding books in prison [“Captive Audience,” August 2005] and would like to add something he failed to mention. There are organizations located throughout the country that will send books to prisoners for free. They mail packages of donated books and magazines to any prisoner who requests them. I discovered The Sun in such a parcel.

Here are a few addresses for those in need, and those who’d like to help:

Joseph Stanwick Tennessee Colony, Texas
More Letters
Thank You Your donations helped to keep our ad-free, nonprofit magazine in circulation last year, funding everything from production to distribution. Learn how you made a difference last year. Learn More 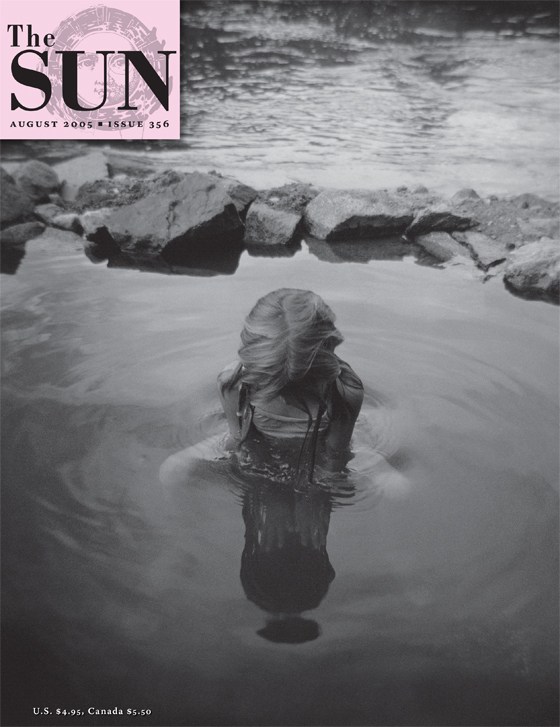 By Jeff Walt
The Sun Interview

The Saint, The Murderer, All Of It