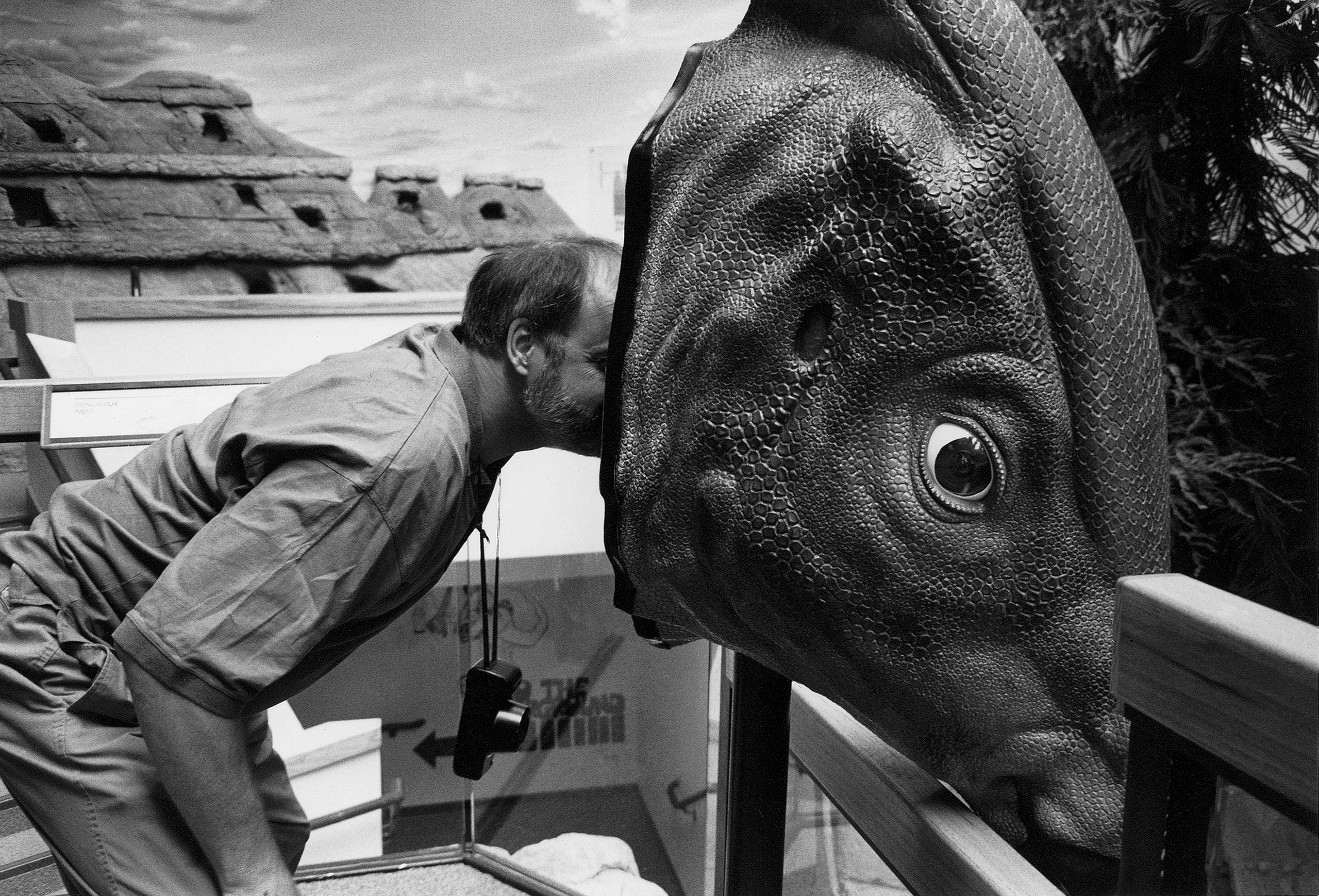 Fundamentalist Christians are leading a movement to teach “intelligent design” in our public schools, as an alternative to evolution. According to National Geographic News, the theory of intelligent design states that “certain features of the natural world are of such complexity that the most plausible explanation is that they are products of an intelligent cause rather than . . . natural selection.”

I am starting my own movement, to demand the teaching of stupid design. The theory of stupid design proposes that many, if not all, of the organisms on our planet are poorly built.

Some rain-forest butterflies, for example, live only one day. Why couldn’t they live a month? Or a week and a half?

What about lemmings? Though it is now considered a myth that the rodents commit mass suicide, they do go on periodic migrations, and when they come to cliffs, some of them panic and jump off due to a mistaken “flight response.” Sounds like something is amiss with their mental circuitry.

Merely thumbing through Peterson’s Field Guide to the Birds provides more evidence of stupid design. For example, the entry for goatsuckers begins: “The goatsuckers are ample-tailed nocturnal birds with small bills and weak, tiny feet.” Shouldn’t they have stronger — and perhaps larger — feet?

The section for rails explains: “When flushed, they rise from the reeds close at hand, fly feebly with legs dangling for a short distance, and drop back again into the marsh.” Couldn’t a better-flying rail have been devised?

Of Henslow’s sparrow it is said: “The Henslow’s perches atop a weed, from which it utters one of the poorest vocal effects of any bird; throwing back its head, it ejects a hiccoughing tsi-lick.” Here is stupid design at its purest.

Write your congressperson and demand that stupid design be taught in our nation’s schools!

The origins of the stupid-design theory can be traced to the 1977 movie Oh, God!, in which George Burns, in the role of God, is asked: “Did you ever make a mistake?” “The avocado,” Burns immediately answers. “I made the pit too big.”

We need look no further than our own bodies to find evidence of poor biological engineering. A woman in her seventies once told me that every one of her male friends had prostate cancer. Doesn’t this suggest that the prostate gland was designed by a moron?

And take the anecdote about a politician who knows thousands of people casually. Whenever he greets someone and can’t quite remember the details of his or her personal life, he asks, “How’s your back?” So common (universal, really) are back problems that he can ask this question without fear of embarrassment.

Ironically, one of the best places to research stupid design is on intelligent-design websites. AnswersinGenesis.org, for example, asks, “Is lack of room for wisdom teeth proof of evolution?”

I remember having my own wisdom teeth extracted. I had only two, but one was impacted. The dentist tugged at my tooth, pulling out shards dripping with blood and pus. This is intelligent design?

Another headline on the site poses the question “Horse leg splint bones: useless leftovers or good design?” The author claims that, “at best, [these] vestigial organs could only prove devolution (loss of information), not evolution.”

Apparently, according to intelligent design, horses were designed perfectly by God, but through their own error (sin?) their legs degenerated. The theory of stupid design provides a much more logical explanation. Anyone who has been around horses knows how often they injure their legs. Clearly they were put together by an idiot. A conscientious engineering student with a five-year-old Macintosh could devise better horse legs in a week.

Though I would never describe myself as a fundamentalist Christian, I would like to offer a rebuttal to “Stupid Design.”

Rain-forest butterflies are perfectly content with their short life span. After all, can we humans procreate at one day of age? Who has proved that something is “amiss” in the brains of lemmings because they “panic and jump off of cliffs”? Are there lemming psychologists out there? Goatsuckers’ small feet may be “weak” by human standards, but the birds would be insulted at the insinuation. They have existed for millennia with them. Since rails live in marshes, which are by nature limited in size, they have never needed to fly any significant distances. And to another Henslow’s sparrow, a tsi-lick and a wink are a hot proposition.

How much less rational would it be to postulate that an intelligent Designer, with an equally advanced sense of humor, just put these anomalies before us as a lark, to give those of us who can’t see the forest for the trees something to write about?

I got a thrill reading Sparrow’s “Stupid Design” [May 2006], especially the paragraph about back problems. I suffer with my own constant back issues and would personally like to take it up with our “intelligent” designer.

I thoroughly apologize to any goatsuckers, lemmings, butterflies, or Sun readers I offended with my essay. Perhaps my problem is that I myself was poorly designed — thus proving my thesis.

In “Stupid Design,” Sparrow asserts, “We need look no further than our own bodies to find evidence of poor biological engineering.” As a healthcare professional, I feel compelled to respond to his examples.

First, the prostate gland. When the prostate was invented, men lived only about thirty years. Because of tremendous advances in healthcare, the average life expectancy of the American white male leapt from 48.3 years in 1900 to 77.2 years in 2000. The prostate was never meant to function that long. Your prostate was not designed by a moron; it’s just really, really tired.

Second, our backs. The human spine, with its uniquely shaped bones and perfectly designed curves, is actually a miracle of evolution. But human beings (especially Americans) insist on lifting heavy objects with such poor technique, and on packing on so many extra pounds themselves, that even this miracle can’t withstand the abuse to which it is subjected.

Third, wisdom teeth. They served a purpose earlier in human evolution, but modern humans no longer need them. And if Sparrow’s teeth came out in “shards dripping with pus,” he waited too long to see the dentist. (By the way, all four of mine came in straight and are still in my mouth. I guess I have an intelligently designed mouth!)

Lizabeth Peak Springfield, Missouri
More Letters
Thank You Your donations helped to keep our ad-free, nonprofit magazine in circulation last year, funding everything from production to distribution. Learn how you made a difference last year. Learn More 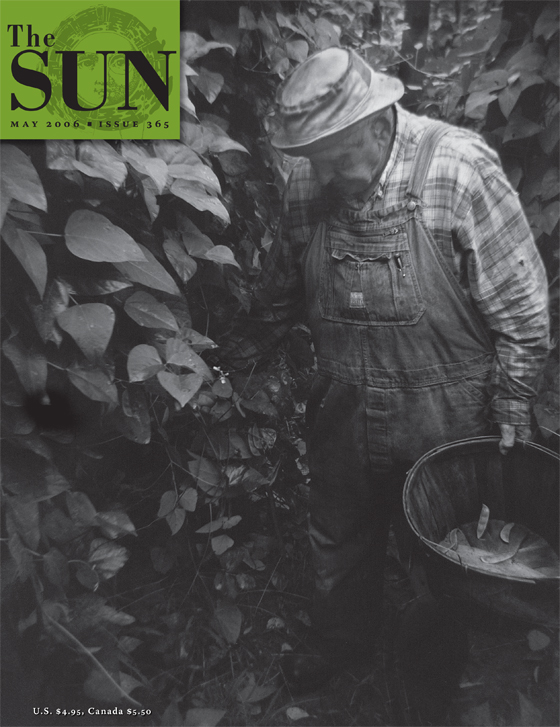 By Steve Kowit
The Sun Interview