First thought on waking: I’m an explorer, an explorer of Taurus. What does that mean? Well, my wife, Norma, is a Taurus, and for all these years I’ve been exploring her. I don’t know much about astrology, but just before we got married, an astrologer did our charts and told us we weren’t compatible. He was right! I’m not even compatible with myself most of the time, let alone with a woman as independent as my wife: a mind of her own, a body of her own, as different from me as my left hand is different from my right.

One of Norna’s patients called at two in the morning with what he apologetically described to me as a “psychiatric emergency.” I handed the phone to Norma, who dealt with the situation in her usual evenhanded way. Afterward she went back to sleep, but I lay awake thinking about the man. I knew nothing about him, but that didn’t matter. The quiet desperation in his voice, the fact that he had reached for a phone at 2 A.M., were all I needed to know. Tonight he was the one in trouble, and I was the psychiatrist’s husband who happened to pick up the phone: a minor character with only one line to deliver. But I didn’t need to be a psychiatrist to know that trouble comes for us all. So I prayed to the God of the Middle of the Night to keep him safe until dawn — that brooding God who watches over those who sleep, and over those who don’t.

“A happy wife is a happy life,” a friend tells me. There’s no question that I’m happier when Norma’s happy — unless her happiness involves going out of town without me. It’s taken me a long time to get used to Norma being here, then gone. She’s been away ten days now. I miss our long conversations, which are like great feasts compared to the snack food we share on the phone. I’m tired of being “in touch” this way. It’s like touching someone’s photograph. It’s like seeing the world from the window of a train.

After making love with Norma last night, I lay beside her, aware that my desire, so intently focused on her just minutes earlier, was now calling me downstairs for something to eat. Oh, this animal body, insatiable in its needs: Fuck me, it says. Feed me. Or, for a change of pace, Feed me. Fuck me. My appetites for both sex and food can seem insatiable, but I might as well complain that my appetite for breathing is insatiable. Is it shameful I’m such a hungry man?

The rain hits the tin roof, a sound Norma loves. Too loud, I insist, unable to sleep. What do you call the rain when two people can’t agree what the rain sounds like? What do you call love when two people, who usually speak the same language, are suddenly unable to understand each other, as if it were sunny in one person’s head and cloudy in the other’s? What do you say when the meaning of a word twists away from you, like an injured bird you sought to comfort but succeeded only in frightening?

Yesterday I listened to a recorded talk about “enlightened sex.” Then, last night, I dreamt that I was having an affair with another woman! After we made love, I looked at my watch and realized I needed to get home to Norma; the woman insisted on walking me to the train station so I wouldn’t get lost. That’s when I woke up. Goodbye, dream lover. Thanks for sharing your perfect body with me. Thanks for reminding me I’m not to be trusted. Here in the waking world, I still remember how you welcomed me — in your narrow bed, in your small apartment, in the greatest city in the world. Here, in the waking world, where I wouldn’t betray my wife, I thank you for hurrying down dark streets with me; for making sure, when I opened my eyes, I’d be with the one I love.

When I fell for Norma, her name went up in giant letters on all the billboards along the road to my heart. (Who says I don’t believe in advertising?) I’d get up before dawn to write, then come back to bed a couple of hours later: a wake-up call she couldn’t ignore. In the middle of the day, we’d meet at home — for lunch, ostensibly, though we rarely left time to eat. In the evening we made love before dinner or after dinner or sometimes during dinner, our bodies promising each other what bodies can never quite deliver, but we tried. After twenty-three years of marriage, there’s still nothing I’d rather do than spend an evening with her, talking and laughing and making love. Tonight we’ll celebrate our anniversary by pondering the major and the minor mysteries, the questions that can be answered only by bigger questions until words fail us and we’re swallowed by the biggest question of all. Then we’ll be tiny, iridescent fishes in the belly of the whale, and no matter how much we wriggle, we’ll know we’re not getting out alive. So we’ll keep swimming side by side. And we’ll celebrate. 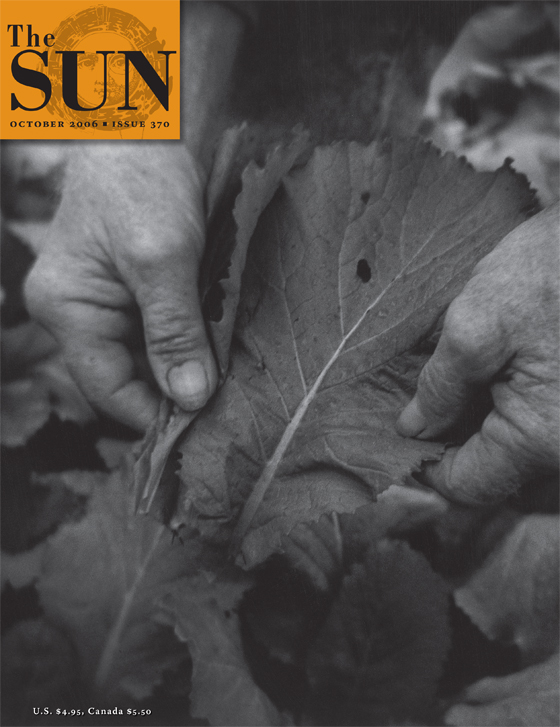 A Heart In Port