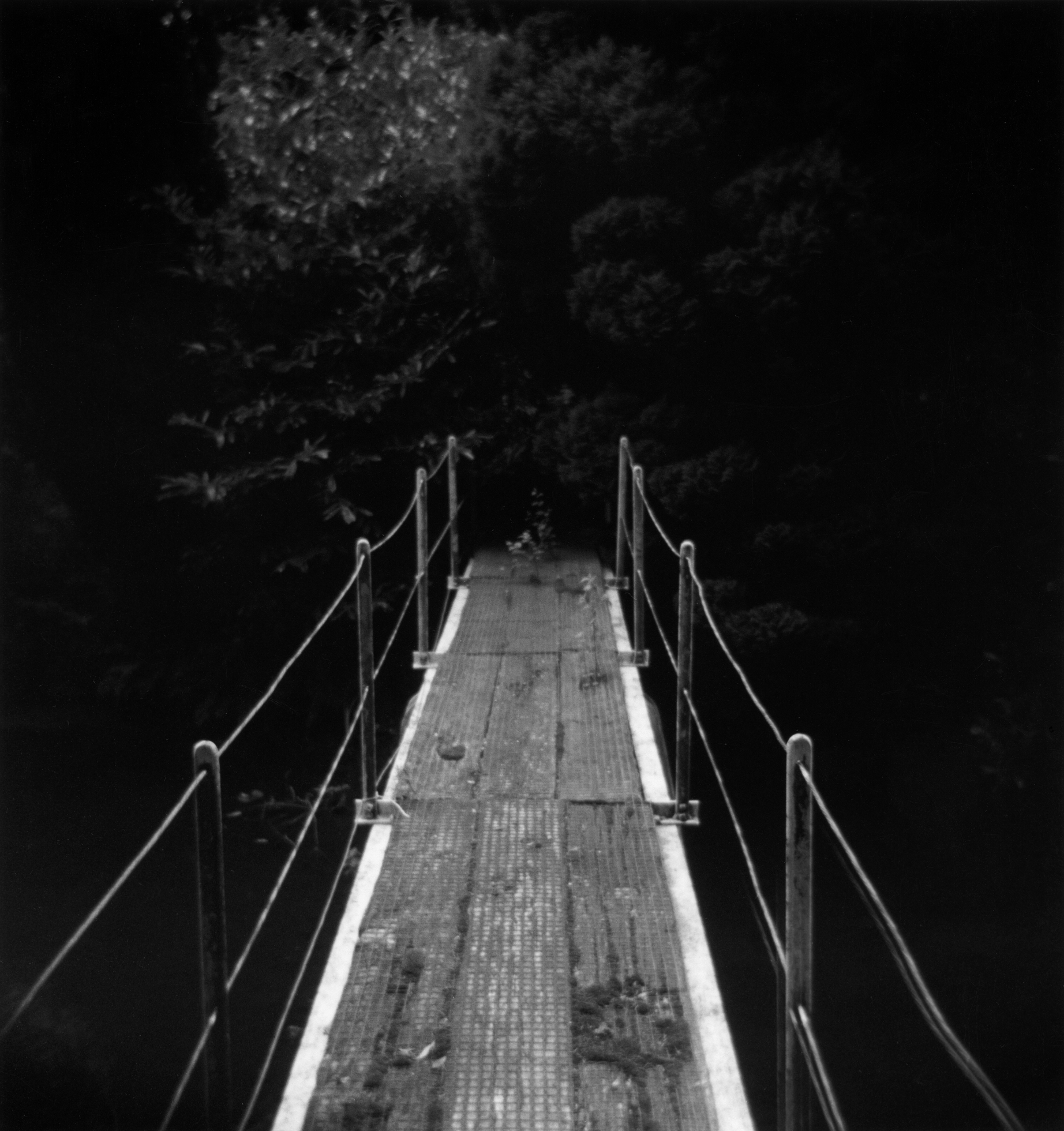 The following is an excerpt from a talk I gave earlier this year at a Sun writing retreat, the theme of which was “Into the Fire: The Alchemy of Personal Writing.” I thought my comments might be of interest not only to writers but to readers of The Sun who value the kind of personal writing we publish.

In a thoughtful book called One Continuous Mistake: Four Noble Truths for Writers, Gail Sher encourages anyone who feels compelled to write to develop a daily writing practice. That’s because “1. Writers write. 2. Writing is a process. 3. You don’t know what your writing will be until the end of the process. 4. If writing is your practice, the only way to fail is not to write.”

I’d like to tell you about two writers who embodied that wisdom in breathtaking ways.

The first is Irina Ratushinskaya, a dissident poet who was imprisoned in the Soviet Union in the 1980s. Prohibited from having writing materials, she continued to write poems by secretly carving them into a bar of soap with a burned matchstick. After she wrote each poem, she would read it again and again until she’d memorized it. Then she’d wash her hands with the soap, and the poem would be gone. In the course of her three-and-a-half-year imprisonment, she managed to write 250 poems this way.

The other writer is Mark O’Brien, whom I was fortunate enough to have met not long before he died in 1999. Mark had been almost completely paralyzed by polio in his childhood, but he insisted on living in his own apartment, with only part-time assistance, most of his adult life. He wrote — with passion, humor, and extraordinary honesty — using a stick clenched between his teeth to press the keys of his computer. Once, after we’d published one of his essays, he sent me the closing stanzas of a poem by W.S. Merwin, which he kept taped to his iron lung:

We may not be in an iron lung. We may not be locked up in prison. But we all have stories to tell. It’s a mistake to think that people only want to read about something unusual or heroic. After all, everyone goes through difficult times. We all push away what’s painful and try to hold on to what’s pleasurable. We all deal with frustration and disappointment and loss.

But just because we’re writing from the heart doesn’t mean that anyone will necessarily be interested in what we’ve written. It’s important to distinguish between writing solely as an act of self-expression and writing as a means of communicating with another person. Writing as self-expression can be satisfying, even healing, whether or not another soul ever lays eyes on our work. We might be shipwrecked on a desert island and still keep up such a worthy practice. But everything gets complicated once a ship appears. Soon we’re safely back home, wanting to tell the world about our ordeal, wanting to communicate with readers who don’t know us and probably won’t care about us unless we can give them a reason to care. This means we have to figure out how to tell our story in an artful way. We have to distinguish between details that matter only to us (even if they matter very much) and details that will matter to the reader. We have to pay attention to the language we’re using, because as writers we’re responsible for every single word, and few sentences come out right the first time, or even the second, or the third.

Over the years I’ve come to see that anything we can say about writing is true, just as anything we can say about life is true. Is it hard? Yes, it’s hard. Except when it’s not hard. Is it rewarding? That depends on what we mean by “rewarding.” There’s the reward of an image arising from within — spontaneous, unearned, a gift from the gods. And there’s the reward of working with that image, planing it and sanding it and hammering it into place, then realizing we have to rip it out and start all over because . . . well, because it’s a bad fit. When novelist Ernest Hemingway was asked how much rewriting he did, he said he rewrote the last page of A Farewell to Arms thirty-nine times before he was satisfied with it. “What was it that had stumped you?” the interviewer asked. “Getting the words right,” Hemingway said.

Unfortunately, talking about writing has as little to do with writing as talking about breathing has to do with taking our next breath. So it’s good to recall filmmaker Woody Allen’s observation that “eighty percent of life is just showing up.” If you want to be a writer, write. Don’t be distracted by praise or criticism. Just keep showing up. This isn’t too different from showing up regularly for softball practice; unless you show up, you don’t get to experience hitting the ball over the center fielder’s head. Unless you show up to write, you don’t get to experience the heartache and the joy of writing; you don’t get to drop into a place without words and then, miraculously, find just the right words for what you discover there.

I sometimes joke that a piece of writing is guaranteed to get published in The Sun if it makes me cry. That’s an exaggeration, but it’s true that I favor writers whose heads are on speaking terms with their hearts, and that I’m more drawn to writing that’s raw and painful than to what’s emotionally muted and safe. The Sun’s motto is a line from concentration-camp survivor Viktor Frankl: “What is to give light must endure burning.” At the very least, this means being as honest as we can with ourselves and with the reader. I mean the kind of honesty that might turn your face red and make your stomach queasy, the kind of honesty that might make you want to stop writing and tear up everything you’ve already written. The truth of our own experience is where the fire is.

“Write as if you were dying,” the author Annie Dillard says. “At the same time, assume you write for an audience consisting solely of terminal patients. That is, after all, the case. What would you begin writing if you knew that you would die soon? What would you say to a dying person that would not enrage by its triviality?” To my mind, this doesn’t mean we can’t write about losing our car keys or losing our temper or losing ourselves in the eyes of a beautiful stranger. It means that we write about it in a way that honors our fundamental connectedness. It means that we allow some room on the page for everyone who isn’t us; for how much unspeakable suffering there is on this unbelievably beautiful planet; for the shining mystery at the heart of things. In the movie Zorba the Greek, there’s a scene in which Zorba tells his young friend that he’s learned to embrace all of life: the joys, the sorrows, “the full catastrophe.” Writing is most alive when it embraces the full catastrophe. 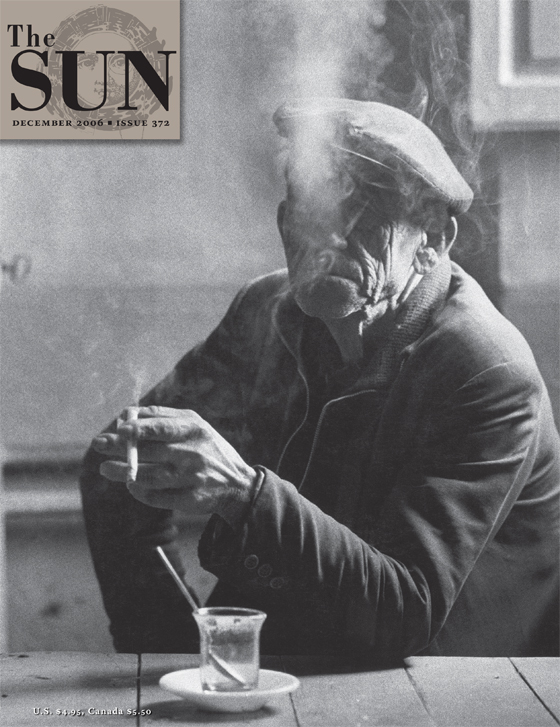 One Cigarette A Day