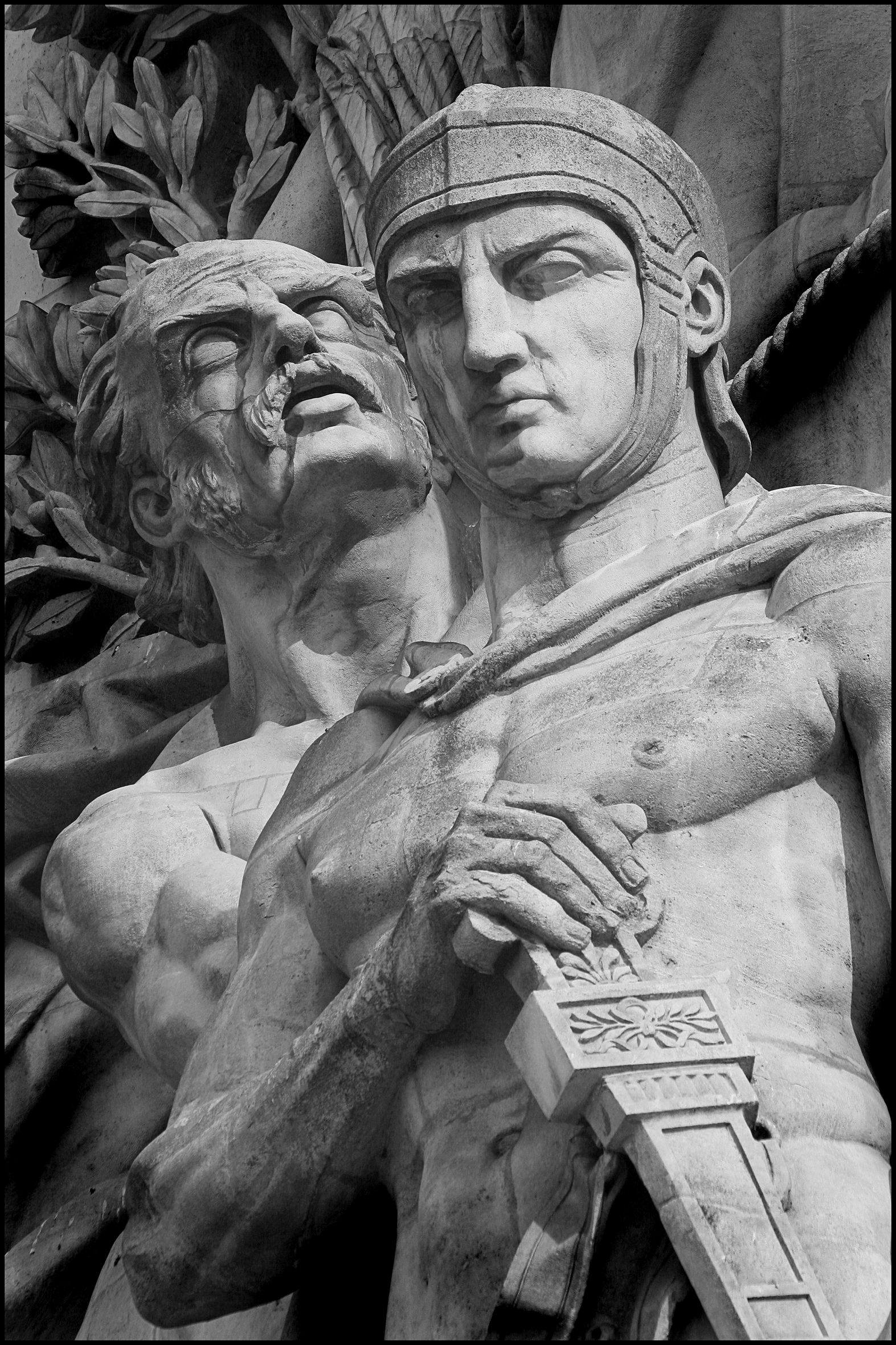 War is a racket. It always has been. It is possibly the oldest, easily the most profitable, surely the most vicious.

I guess every generation is doomed to fight its war, . . . suffer the loss of the same old illusions, and learn the same old lessons on its own.

I hate those men who would send into war youth to fight and die for them; the pride and cowardice of those old men, making their wars that boys must die.

Oh, no, we’re not going to have any casualties.

George W. Bush, prior to the invasion of Iraq

Name me an emperor who was ever struck by a cannonball.

Every war when it comes, or before it comes, is represented not as a war but as an act of self-defense against a homicidal maniac.

Here’s what I think the truth is: We are all addicts of fossil fuels in a state of denial. And like so many addicts about to face cold turkey, our leaders are now committing violent crimes to get what little is left of what we’re hooked on.

I cannot help but wonder what it will be like for the young men and women wounded in Iraq. . . . For us, in 1968, it was the Bronx veterans hospital paraplegic ward, overcrowded, understaffed, rats on the ward, . . . urine bags overflowing onto the floor. It seemed more like a slum than a hospital. Paralyzed men lying in their own excrement, pushing call buttons for aides who never came, wondering how our government could spend so much money on the most lethal, technologically advanced weaponry to kill and maim human beings but not be able to take care of its own wounded when they came home. . . . Has any of it changed?

Force is as pitiless to the man who possesses it, or thinks he does, as it is to its victims; the second it crushes, the first it intoxicates. The truth is, nobody really possesses it.

No matter that patriotism is too often the refuge of scoundrels. Dissent, rebellion, and all-around hell-raising remain the true duty of patriots.

I believe in compulsory cannibalism. If people were forced to eat what they killed, there would be no more war.

If everyone demanded peace instead of another television set, then there’d be peace.

Here I am in Books 5, 6, and 7 of The Iliad, looking in on the clamorous terror of Homeric battle. Lances are being driven clear through eye sockets, livers, and genitals, brains pour out of mouths and severed heads, limbless torsos spin like marbles about the black-blooded earth, men catch their gushing bowels in their hands, crashing “thunderously as towering oaks” onto the blood-soaked ground, and throughout this mayhem there remains on both sides one obsession, one concern: to call an occasional truce that will let each side bury its dead properly. So onto this field of carnage warriors ride, carrying the olive branch, announcing a respite that will enable each camp to carry out its funeral rites. By mutual consent, and for this purpose only, all fighting stops.

In war, there are no unwounded soldiers.

And when it was claimed / the war had ended, it had not ended.

Some readers might think your inclusion of George W. Bush’s quote in the March 2007 Sunbeams — “Oh, no, we’re not going to have any casualties” — is a poke at the president. I did, until I realized that it’s actually a frightening commentary on the attitude of the “most powerful man in the world.” When the commander in chief is that ignorant, is it any wonder that four years after the invasion of Iraq we’re bogged down in a civil war?

Philip E. Nahrgang Bryn Athyn, Pennsylvania
More Letters
Thank You Your donations helped to keep our ad-free, nonprofit magazine in circulation last year, funding everything from production to distribution. Learn how you made a difference last year. Learn More

I Was A Guantánamo Prisoner

To Look For America