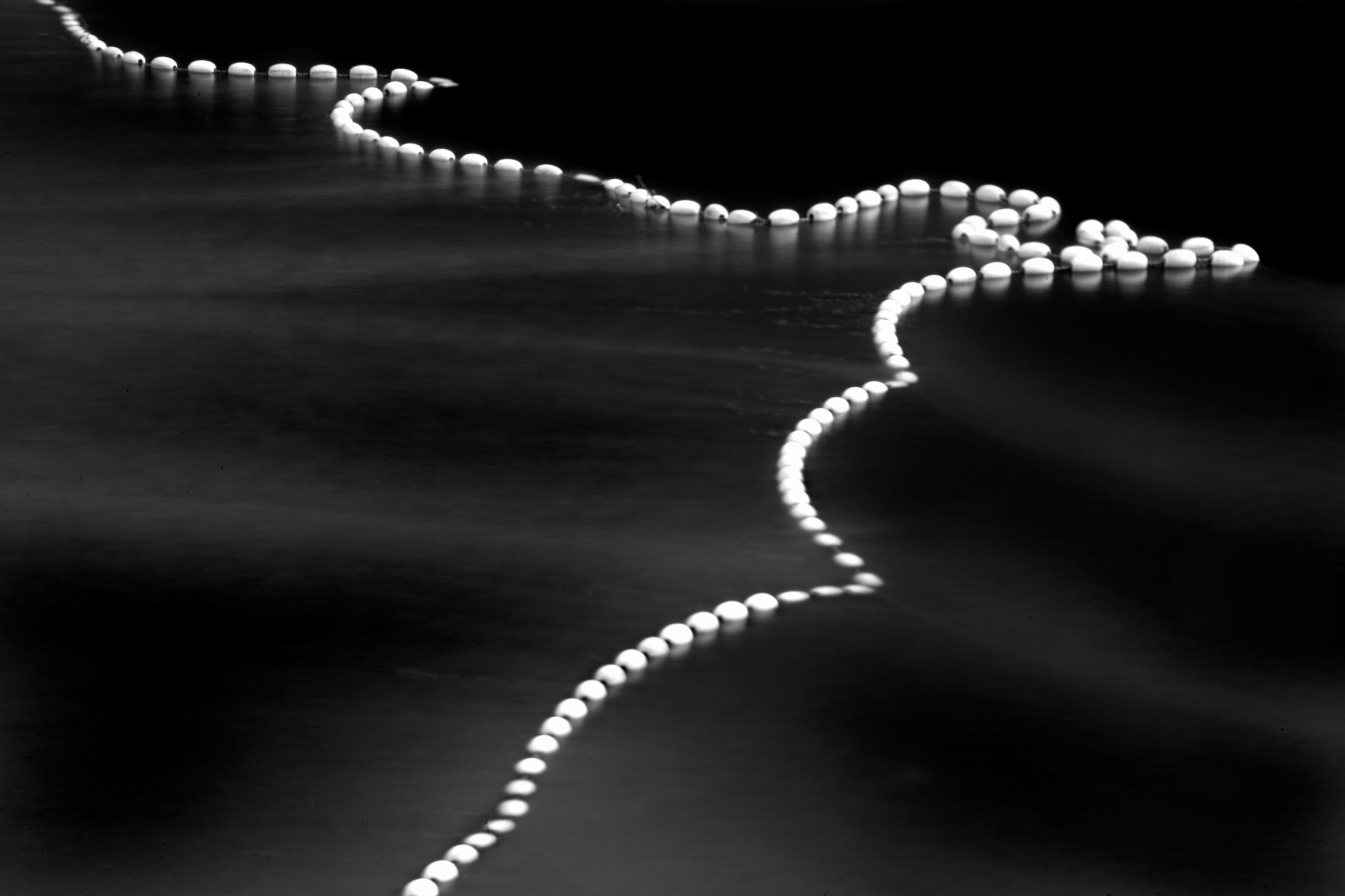 The Stain On The Sky

When my father was in his sixties, his retinas slipped their moorings. He told me he often dreamed of the brightly colored world. In the dark of night, asleep, he could see the blue water of Menemsha Pond and the white sails of his boat. But when he woke in the morning and opened his eyes, he was blind. He said that though these awakenings were painful, life would have been even worse if he hadn’t been able to see in his dreams. He had lost the visual world — he didn’t want to lose the memory of it, too.

Going blind is one of many things I try not to worry about as I get older. By the time my father was my age, sixty-four, he was completely blind. There’s a genetic component to detached retina. It correlates with myopia (nearsightedness), and I am myopic, though less so than my father was. I started wearing glasses when I was twelve, and I remember my shock when the elm tree outside my bedroom window went from a Monet tree to an Ansel Adams tree. I had no idea such sharp focus was possible, and at first I didn’t like it. Everything looked pointy. I could see the diseased spots on the leaves and a popped balloon caught in the branches.

Out of vanity, I wore my glasses only in the classroom and at the movies. Much later, after I got married, I wore them all the time. Then, after my divorce, I got contact lenses. Dates complimented me on the blueness of my eyes, but the contacts were a lot of trouble. They were uncomfortable and occasionally got stuck way up under my eyelids. They required at least as much daily care as a small pet — a canary or a hamster — without providing any companionship. And after a while I had to admit that not wearing glasses wasn’t making me any less single. So I went back to the glasses.

But the contacts did come in handy when I was in residence as a monk for three months at a Zen monastery in California. Like all the monks, I had to take a turn on the crew that served our formal, silent meals. At breakfast, in the early-morning cold, I had to stand before the seated monks with a huge pot of steaming oatmeal and carefully spoon it into their bowls. The first person to be served was the abbot, an upright man who never suffered a lapse in attention. The first morning I served, I had my glasses on, and they immediately became so steamed up that I couldn’t see what I was doing. I missed the abbot’s bowl and served a spoonful of oatmeal right onto the meal board beside him. After that, I always rose ten minutes early on my serving days and put in my contacts.

After my father went blind, my siblings and I — his four adult children — were all told to get our retinas checked regularly. I went to an ophthalmologist, who shined an unbearably bright light into my eyes. I couldn’t blink, because it would have interfered with the examination. It was not painful in any ordinary way, and yet it was painful to sit with my chin resting in the metal cup, unable to get away from the blinding light, unable to stop thinking of my newly blind father. My retinas were fine, but the ophthalmologist told me that if I experienced any unusual symptoms, like shadows falling across my vision, I should report it immediately.

One day I was studying a breakfast menu in a cafe, and all of a sudden I couldn’t see it. There were big white holes in the daily specials, and ribbons of light, like the aurora borealis, played at the menu’s edge. Worried, I called my doctor and described the symptoms. He said it sounded like a visual migraine, since it was the same in both eyes. If the symptoms didn’t go away in half an hour, I was to call him back. They went away.

I have had several visual migraines since then, and I have learned to enjoy them, since they have never been followed by headaches. My favorite was the evening when bursts of colored lights danced across my field of vision, painting the face and black-robed body of a Zen teacher who was giving a talk in the dimly lit zendo.

A couple of years ago, on a Zen retreat in a remote village in Mexico, I had new and scary visual symptoms: I kept seeing nonexistent flocks of birds flying above the ocean. A dark ghost haunted the middle of my right eye, and a spark flashed at the bottom of my vision whenever I shifted my gaze. The retreat center’s director made an appointment for me with an eye doctor she knew in a town two hours’ drive away. She even hired a driver from the village and asked one of her employees, an aging beach bum from California who was fluent in Spanish, to go with me as my translator. I was embarrassed that it was such a major production, but it would have been worse than embarrassing to go home to California blind in my right eye. And so the three of us set off to the town of Tepic.

The eye doctor was a kind man who said to me, through the beach bum, that he liked to meditate and was curious about Zen. In an ancient, dark office with high ceilings, he questioned me about my vision and typed my answers on a red manual typewriter. Then he examined my right eye and reassured me that my retina was not detached or torn — there was no emergency. He said he could see a spot at the bottom of the retina that he thought might be a certain parasite that’s common in Mexico. He suggested I have my vision checked when I got home. He wouldn’t accept payment — he was doing this as a favor for his friend, the director of the retreat center — so I later sent him a Spanish-language book about Zen.

The symptoms all went away by themselves except for the shadow, which the California eye doctor told me was just a big “floater” — a tiny, harmless clump of cells within the vitreous humor, the clear gel filling the eye. After a while, he said, my brain would correct for it, and I wouldn’t even see it anymore.

But I still see it. I can see through it, or around it, but it seems to have grown. I often think my glasses are dirty, which indeed they often are, but after I clean them, the gray spot is still there. I notice it when I look at a solid field of color, like the sky. Still, that stain on the sky is not just a blot in my vision; it’s what’s in front of me, a reminder to be grateful that I can see as well as I can.

In recent years I’ve fallen in love with taking photographs. The sun lays its light on whatever it meets, and I have only to raise my camera to my eye and put a frame around what’s given to me. I’ve been taking pictures lately of screens, veils, curtains — things that seem to obstruct vision. But when I focus my camera on the veil itself, it becomes the subject. What’s in the way is not in the way after all.

My father went blind one eye at a time. After the first retina detached, he continued with all his normal activities, even though he had no depth perception. Five years later, the second retina detached, and he underwent a series of surgeries — five in all — in an attempt to save some part of his vision. The surgeon was a star doctor who had pioneered laser eye surgery. He was passionately concerned with his patients’ retinas, but not concerned with the person attached to the retinas. After the first surgery, my father had to sit up in bed for a week with his eye bandaged. He was allowed to rest his chin on a board, but that was it. All he wanted was to lie down. He developed such a bad headache that he thought he had a brain tumor. And after all that, when they took the bandage off, he still couldn’t see.

At about that time I had a series of dreams in which my camera broke: I dropped it, and the lens shattered; the shutter got stuck and wouldn’t open; sand got into the gears, and I couldn’t advance the film.

At last my father gave up and decided to go about the business of being blind. He went to a residential training program for newly blind adults, where he learned to get around with a cane and how to read Braille.

After he went blind, my father had two more children with his young second wife — children he never saw. He became a familiar figure in his Cambridge neighborhood, walking the children to nursery school with his white cane in one hand, his older child’s hand in the other, the baby in the carrier on his back. Or he would walk their dog Alfie, a rambunctious Siberian husky who was sometimes mistaken for a seeing-eye dog but was quite the opposite. Alfie pulled vigorously on his leash while my father stood at the curb, deciding with his ears whether it was safe to cross.

The first time I saw my father blind, he was standing at the baggage claim in Boston’s Logan Airport. I had flown in from California to visit him. My father’s back was to me. He stood beside his wife, one arm through hers, the other holding a white cane. What got me was the way he held his head cocked, listening. It was the stance of a blind person, and I cried as I came up behind him. I had never seen my powerful and charismatic father standing like that before, waiting, just waiting.

During my visit, he kept asking anxiously what time it was, as if to orient himself in the days that now passed without any change in the length of the shadows. I went to the Boston Society for the Blind and bought him a Braille pocket watch — he had always used a pocket watch, fastened by a splice of rope to a belt loop. He cried when I gave it to him, and he kept it handy the rest of his life. After he died, his wife sent it to me. The white enamel of the face had been rubbed away by his thumb.

By Lee Rossi
The Sun Interview