“The Diver,” the first story in V.S. Pritchett’s new collection, serves as a kind of prologue to the rest. A young man who yearns to be a writer but has not yet found his subject has taken up residence in Paris and is working for a firm of leather merchants. He is an innocent, and a woman who comes in regularly to exchange bawdy stories and flirt with the men pointedly and rather contemptuously leaves him out. He in turn is put off by her. But after an accident in which he is pitched into the river, she takes him to her apartment to dry out, and there, at the most embarrassing moment possible, he is excited by her (both are embarrassed: “ ‘In any case,’ she said . . . as she nodded at my now concealing towel — ‘That is nothing to boast about.’ ”). Her flirtatious pose, as she bustled into the firm, elaborately made up, did not interest him, but her ordinary life among the banal facts of the apartment did. It was plain reality which — to follow an image the woman herself uses — caused his diver to come up.

The man is the young Pritchett, though the incident never happened; a volume of his memoirs, Midnight Oil, tells us that it was not at a leather merchant’s that he worked and that it was not with such a woman that he had his first sexual experience. The story goes on. The woman in question, a Mme. Chamson, is more pleased than she has let on, and eventually lures him into a boudoir where she lies naked. Though it is his first glimpse of female flesh, he is again put off; there is something too stagey, coquettish, in her pose.

At the sight of Mme. Chamson’s large startling naked body, he discovers his vocation as a storyteller: She asks him if he has seen a woman before, and in order to conceal his embarrassment, he finds himself — he had never done such a thing — telling a story. Yes, he had seen a woman before, but she was dead, murdered in fact, strangled, he saw her corpse, she was a neighbor of his . . . The story he tells is improbable, but he fills it with so much detail that it seems real. He has also discovered his audience: Mme. Chamson is dumbstruck — she has obviously always feared such a fate for herself — and she is even excited by the possibility that the young man has altered his story somewhat, that he in fact was the murderer. As she listens with growing anticipation, she abandons her coquettish pose, becomes just an ordinary frightened woman. But it is just such plain reality which excites him.

As they lie in bed together afterwards, she asks if it is true he wants to be a writer. “You lack talent for that,” she says. “Stay where you are. It’s a good firm.”

It is characteristic of V.S. Pritchett to take a banal story idea, a young man’s loss of innocence at the hands of an older woman, and make something marvelous out of it. The hazy youth who is startled into a vocation, the melodramatic woman with her flirtatious pose, are beautifully rendered, but Pritchett is also dropping hints about his method as a story teller. He seeks a reality behind the appearance of things. He takes plots that seem unlikely, then fills them with such a wealth of finely observed detail that they become true. His stories are often plainly told. They are amusing, charming, entertaining. Above all they are telling in their accuracy.

My first question upon opening this book was why it was published at all. It is not a new collection — all of its fourteen stories have been published in previous volumes and it is hardly complete: Pritchett has published six volumes of stories and a number of others that have not been collected. He is seventy-eight years old, but does not seem to be tying up his career; his stories and articles continue to appear with astonishing regularity in American and British publications. His powers are not in the least diminished: “On the Edge of the Cliff,” in a recent New Yorker, seems to me the match of anything he has written. The Selected Stories are numbered, and I am intrigued by the possibility that they may be parts of some larger whole I have not discovered. But it may be that I am making too much of the mystery, that Pritchett’s publishers simply wanted to put out a condensed sampling of his massive output in order to introduce his work to new readers.

Short stories are often used in schools to introduce young readers to fiction, and the short story form is one which writers use as a training ground for longer things, but ultimately, like lyric poetry, the short story appeals to a limited audience, and the true short story writer, while he may drift to other things, is at the height of his powers only in the shorter form. It is a genre that has had a brief history compared to many others, and it seems at this point to be dying out. The danger is that the short story may become, as poetry has, largely academic, mostly written on campuses and mostly read there. People today seem to prefer the sixty minute situation comedy. But like poetry, short fiction will no doubt always have its band of fanatical devotees, combing magazines small and large, compiling anthologies of the best short stories of the year. For them, life is best captured in its brief gestures, its telling moments, and no novel can match the exquisite compression of a good short story. To such people, V.S. Pritchett is a master.

He himself has traced his remarkable career in two volumes of memoirs (the earlier is entitled A Cab at the Door): his early urge to write and his flight to Paris, where he supported himself by odd jobs while he made a start in journalism; his voyages to Spain, where the stark landscape taught him to see clearly, to Ireland, where he discovered his lyric narrative impulse; his hilarious, improbable and powerful parents; his drifting into hack reviewing and then more serious criticism; his developing career as a writer of fiction. His enormous list of publications — short stories, novels, biographies, memoirs, criticism, travel books — tells the same story. Young writers, like the young man in “The Diver,” make a great deal out of the experience they must have in order to produce art, but the most important experience for a writer is that of the imagination, and the most significant thing he does is the work itself. V.S. Pritchett has spent his life not as a scholar, a teacher, a media personality, but as a writer, and is now “a bald man, sitting before a pastry board propped on a table, and writing. He does little else besides sit and write.” So he pictures himself in Midnight Oil.

What most impresses me about the work of V.S. Pritchett is its stunning variety. I am faced with the question that often arises in confronting a substantial artist: how can he know all that he does? Each story is unique in its characters, techniques, its tone: each creates its own small peculiar world. “Blind Love,” the title story of an earlier volume, and the third story in this one, deserves special mention. Like “The Diver,” it has a story idea that sounds almost banal: a romance between a blind lawyer and a secretary whose body is defaced by an elaborate birthmark. But Pritchett enters deeply into the particular situation: the vanity of the blind man in his controlled environment (he takes her on a tour of his house, casually remarks on the view, “This is a bad day for it. The haze hasn’t lifted. On a clear day you can see Sevenham Cathedral.”), the humiliation of the woman in a past marriage in which she had to reveal her disfigurement, her jumping at a job in which she would obviously be safe. It is only when they lower these defenses that they find one another; he is humiliated, loses his bearings, when a runaway dog sends him tumbling into a swimming pool, and her body becomes known in a way that it has never been when, in bed, he runs his hands slowly over the whole of her figure. Even as things progress, she will not admit that she loves him, holds herself aloof, still believing she has a secret, and he becomes wildly jealous at the thought that other men have seen her while he has not. He begins visiting a faith healer (a character who sounds suspiciously like Pritchett’s father), who, having seen her sunbathing, is aware of the secretary’s disfigurement. No grand miracle takes place — the lawyer does not recover his sight — but a kind of miracle is involved as, in the circumstances, the characters come really to know each other. The happy ending is characteristic of Pritchett, as is the odd fact that, though the situation is odd, the truth it reveals applies to us all: it is only through accepting limitations in ourselves, and in others — but above all in ourselves — that we come to love.

Any plot summary is unfair to a story, as impossible as it is to sum up a poem. The real truth of a story is always in its telling. It is just in the telling that V.S. Pritchett is a master. 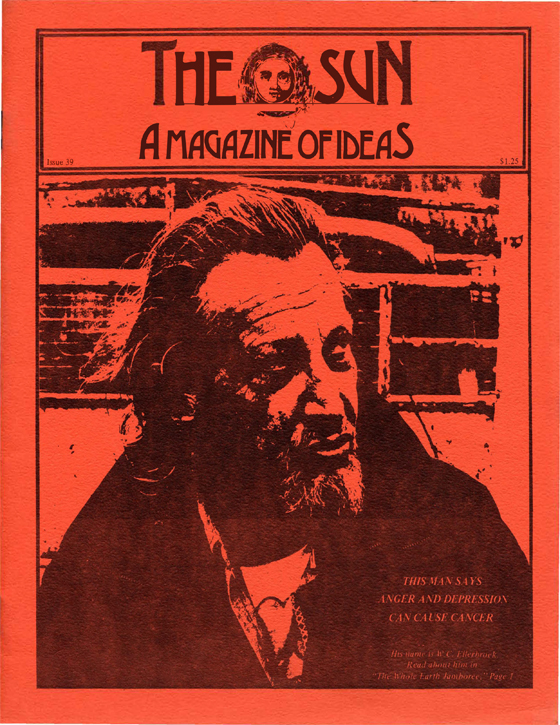 Byron And The Owl