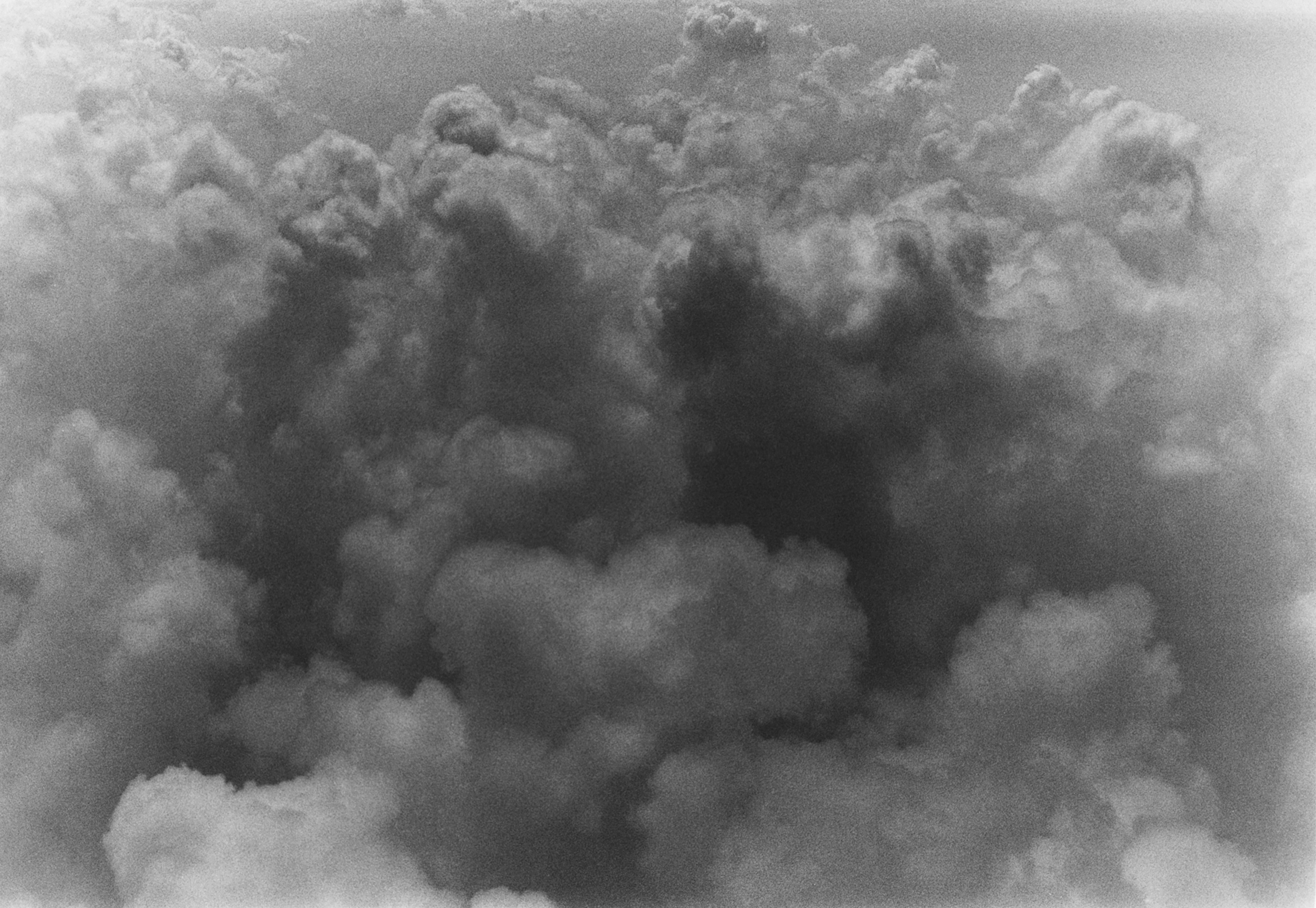 The Things We Say When We Say Goodbye

After Hurricane Katrina my uncle Joe’s apartment house in the Lakeview neighborhood of New Orleans had a spray-painted scrawl on it, indicating that it had been checked for bodies and none had been found. But his body was inside. A volunteer rechecked the apartment as a favor to my cousin and discovered Joe’s remains. He was eighty-six. Apparently whoever had “cleared” the house had missed the body, or perhaps they hadn’t searched the building at all.

Ever since he’d retired at age sixty-five from his blue-collar job on the docks, Joe had taken classes at a college in New Orleans, because he had missed out on an education when he’d been young. The year he died, he was a full-time student. The last time I’d talked to him, he’d wanted to discuss a term paper he’d been writing about Walker Percy’s novel The Moviegoer. I knew the book, about a New Orleans that is now extinct, washed away by the flood. The protagonist, Binx Bolling, is a stockbroker who takes a leap of faith: “There is only one thing I can do: listen to people, see how they stick themselves into the world, hand them along a ways in their dark journey and be handed along, and for good and selfish reasons.” I have never encountered a better philosophy of how to live.

“I think it’s both,” I said, “vertical and horizontal.”

“Yes,” he said in his careful fashion, “that’s what I think, too.” He had a genteel New Orleans accent, as if he’d come from a monied district of cultivated gardens and carefully pruned banana trees and not from the Irish Channel, where not only Irish but also German, African, and Italian Americans, like Joe, lived.

“You know the Jesus Prayer?” Joe asked me.

My uncle appreciated both religion and literature. He was able to hold in his mind simultaneously Keats’s idea of negative capability (“When someone is capable of being in uncertainties, mysteries, doubts, without any irritable reaching after fact and reason”) and the Jesus Prayer (“Lord Jesus Christ, Son of God, have mercy upon me, a sinner”). I think his beliefs in negative capability and prayer helped him keep his peace in the face of trouble. But I can’t be sure. Like Binx Bolling in The Moviegoer, he often refused to discuss what he believed.

One afternoon when I was a boy, Joe and I were walking along the levee overlooking Lake Pontchartrain, and a man came out of nowhere, clearly haunted by something he couldn’t put behind him. (You meet a lot of people like this in New Orleans.) He yelled in my uncle’s face about the Bible, waving his arms wildly, as if to some unheard music. “Listen to this!” he kept shouting. “It’s the truth. I have the truth, and you don’t get it. You just don’t get it!”

My quick-tempered father would have told the guy, “Get lost, you filthy animal.” But Joe let the man have his say, then turned and stared out at the lake, which was as placid as a bathtub that cloudy afternoon. He said to me — I must have been twelve at the time — “You ever notice how some people try to make it their business to pass judgment on other people’s business?” I didn’t know how to reply, of course, but these days his words come back to me all too often.

“Yes,” I said to Joe the last time I spoke with him, “I know the Jesus Prayer.” I’m a recovering Catholic and was brought up in southern Louisiana; of course I know it.

“I still find myself using it sometimes,” he said. “What do you make of that?”

“I don’t know,” he said. “It’s like sneezing. I just do it.” His voice quavered a little, the way my mother’s handwriting had in her letters toward the end.

“Well, then,” I said. Those were probably my last words to him, aside from the things we say when we say goodbye.

Joe and I spoke infrequently and seldom at length, but he was often in my thoughts. He had respect for me because I, too, loved books, and he worried about me the way an uncle does about a favorite nephew. He was a pacifist, a slightly built man who always smiled with eyes wide, as if life could still surprise him. And he was a wayfarer, making his journeys on foot or by bicycle, living alone in a simple apartment with his books and his thoughts, keeping his money under his mattress, always trying to make sense of things.

My mother died six years before Joe did. He hitchhiked from New Orleans to Lafayette for her funeral but ended up at the wrong funeral home. A mourner there gave Joe a ride to the right place, a sprawling facility with space enough for six viewings. He hobbled in and waved to me. He had on a dark crew-neck sweater, slacks that still held their crease, and a patched sport coat that had seen better days. “Where’s Dottie?” he asked me. That was my mother, his sister. They’d been very close.

The last time I saw him, he was on his bike, which wobbled a little because his legs had lost some of their strength, and he waved to me over one shoulder as he bicycled away in the direction of Lake Pontchartrain. It was a bright day, and the white sails in the nearby marina fluttered against a blue sky. I was waiting to catch the city bus back to the French Quarter, where I’d meet my sister near the levee for a bowl of gumbo and a beer. I stood there with a backpack over my shoulder, wishing that I had a bicycle too.

Uncle Joe drowned in his apartment. I like to think that the Jesus Prayer helped him as he died — or maybe Keats, or something else he’d come across in his reading or his wayfaring.

There was a point, during the disaster, when everybody thought that the hurricane had passed and the worst was over. Then the levees broke — not from storm surge, engineers now think, but because the soil beneath the concrete walls was too weak. Nobody was there to help when the water started rising — a foot a minute in some places, I’ve been told.

Joe might well have been asleep when he felt Lake Pontchartrain lapping at his bed. I don’t know. There would have been no electricity, but maybe he had a flashlight that he turned on and beamed around his room. It couldn’t have taken him long to gauge his chances: He’d recently broken his hip and had limited mobility. Perhaps he was a bit dazed from painkillers. It was too late to crawl across the flooded floor. My horizontal life is over, he might have thought. My vertical life is about to begin.

And maybe then he recited the Jesus Prayer.

I like to think he didn’t flail and cry out, both because it’s too painful to imagine and because he wasn’t that kind of man. I prefer to think he floated as long as he could, and then, when there was no more air to take into his lungs, he closed his eyes and breathed in water. There was a sense of suffocation and panic, followed by peace.

It could have happened — and probably did happen — otherwise. I expect he wasn’t ready to die (who is?) and fought against his fate, despite his age, despite the Jesus Prayer, despite his almost Buddhist belief (though he would never have called it that) in the way each moment can be an eternity if we approach it without expectation or regret. But I like to think of him facing death as he did life: with dignity. Perhaps he wondered if he would be seeing his sister, my mother, again. She was a devout Catholic until the very end, when she died with six of her seven kids gathered around her oxygen tent. I don’t know if Joe attended Mass on Sundays; it wasn’t something the two of us talked about. But I believe that, like me, he had an unspoken faith in New Orleans, city of our dreams and nightmares, city of Lent and Mardi Gras, of discipline and dissipation. I loved that city, where I was brought up and where Joe lived for eighty-four years, and I had faith that, wherever I went in the world, I could always return to its dilapidated glory.

I see now that disaster was always, is always, a heartbeat away. 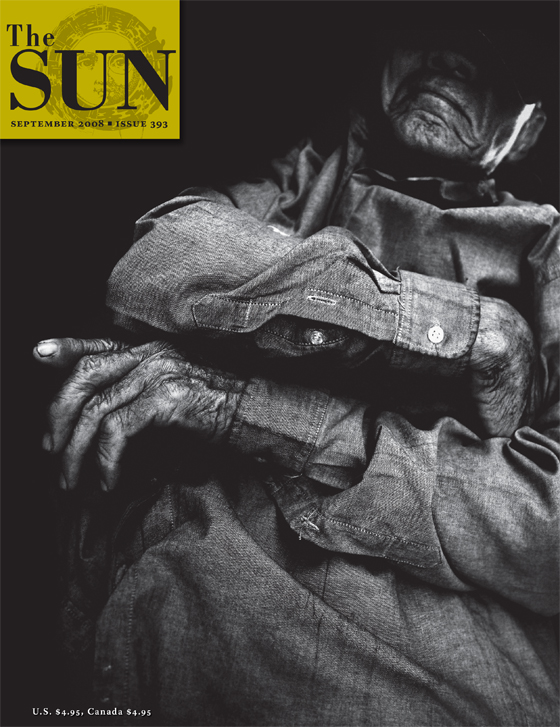 In The House Of The Dying