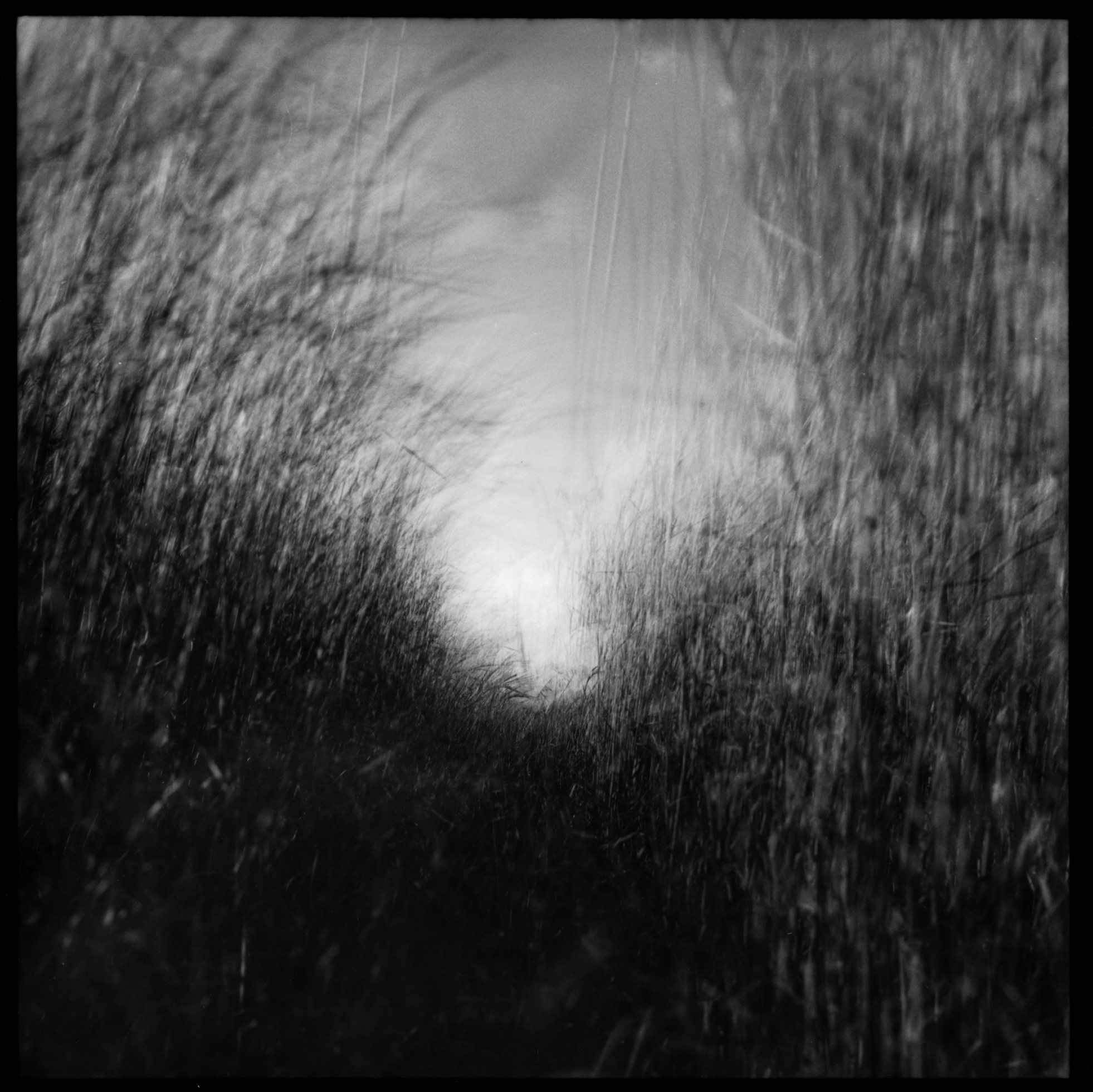 It was a brilliantly sunny October day, and I was driving on Route 100 alongside Vermont’s White River when the driver of the logging truck in front of me slammed on the brakes. I stopped just in time to avoid a collision and saw a great animal floundering in the middle of the road up ahead. Someone had hit a white-tailed deer, a doe. She labored to stand, but her shattered leg folded under her, and she flopped back to the pavement. I pulled onto the gravel shoulder and got out as cars lined up in both lanes.

I had hit a deer once, when I was sixteen: Three scrawny does leapt down a high snowbank and in front of my car at night. The sound and force of the impact were sickening. The deer lay sprawled over the hood of my little Volkswagen, not dead, two of her legs broken. She tried to scramble away on the icy roadway. Not knowing what to do, I got out of my car and stood beside the road and cried. A policeman finally came and, without hesitation, pulled his handgun from its holster and shot the doe in the head. She convulsed on the dark pavement, spraying blood and saliva onto the glimmering snowbank; then she was still. I sobbed as a steaming pool of blood crept toward our boots. “It’s not your fault, ma’am,” the policeman said.

Now here I was once more, standing on the side of the road and staring at a suffering creature. The driver of the logging truck climbed down from the cab, took the struggling deer by her legs, and dragged her onto the grassy roadside, next to a blackberry thicket. Then he climbed back into his truck and pulled away.

The air was cool and lovely, and the river gleamed in the sunlight. A beat-up Dodge pickup pulled onto the shoulder behind me, and a short, burly man hopped out, his boots crunching the dead leaves. He nodded to me, and we stood and looked at the deer.

“Yeah, her back leg is practically broken off.”

The man’s faded jeans were paint spattered. His face was brown from the sun, his hands calloused from work. “Did you hit her?” he asked.

The deer tried to get to her feet again: she pushed with her three good legs, then fell back on her haunches, the broken leg sticking out at a sharp angle from her body.

“I’m going to the general store down the road to call the game warden,” the man said. “I’ll be right back.”

After he left, I went over to the deer, who raised her head in alarm as I approached. I couldn’t believe how big she was. Her mottled gray-brown coat looked thick and healthy, her sides plump. A loud truck rattled by, startling the deer into a frenzy. She began dragging herself closer to the road and the speeding cars. I tried to hold her down, but she flailed and kicked, striking my arm with the exposed broken bones. I was shocked by how strong she was. Deer look almost fragile, with their dainty legs and slender necks and long, fine-boned faces, but I had to wrestle this animal with all my might to keep her from the road.

I felt her body relax slightly. Her eyelids lowered, the lashes thick and soft. She sucked air through her broad, wet nose. She was beautiful.

When the man returned, he was surprised to find me leaning against the deer with my arms around her neck.

“She was going into the road,” I explained. “She’s so strong.”

“Reckon she’s got to weigh about two hundred pounds,” he said.

He knelt beside the deer and stroked her neck and studied her injuries. My hands were black and sticky with dander from her coat. She had a foresty smell, and her ears twitched like milkweed pods in a breeze. A tick crawled over the wiry gray hairs of one ear. “You’ve got to be in a lot of pain, girl,” he said softly. “There’s internal injuries,” he told me, pointing to the blood that trailed from under her tail. He’d clearly had some experience with injured animals.

“Yeah, I grew up hunting. I hate to see animals suffer like this. I have too much respect for them.”

This didn’t surprise me. Living there, I had come to realize that most hunters have intimate knowledge of the forest’s creatures and feel a true sense of gratitude for the food they provide. We sat and stroked the deer’s fur while the sun fell lower. The game warden still hadn’t come.

“Sometimes it takes hours for them to show up,” the man said. “This ain’t an emergency to them.”

I thought about how terrifying this must have been for the deer. She’d stopped struggling, but she was probably just in shock and too exhausted to move. Her pain was obvious.

“We have to do something,” I said.

“I wish I had my knife,” the man said. Then he had an idea: “We could collapse her lungs. It sounds horrible, but it’s quick.”

I remembered a story my father had once told me of having watched two Masai warriors kill a goat in Tanzania: One knelt on its ribcage to press the air from its lungs while the other folded the goat’s neck into its chest like a green sapling. My father was amazed at the ease with which the men killed the animal. He said there was no feeling of violence, just respect and necessity.

“Can you hold her down?” the man asked.

I nodded and tightened my grasp around the deer’s neck, folding her chin into her chest, one hand over her mouth and nostrils. “I’m sorry. I’m so sorry,” I whispered to her.

The man knelt on her ribcage, and the doe let out a bawling gasp as the air was forced from her lungs. Bloody froth oozed from her nostrils and seeped through my fingers. A hot surge of love and pain and determination welled up inside my chest.

“Goddamn, the will to live is so strong,” the man said. There were droplets of sweat on his face and bits of grass in his sandy beard. “You have to let go, girl. You ain’t gonna make it. We’re trying to help you.”

The doe’s sides pulsed feverishly with the last swallow of air left inside. Blood trailed from her splintered hind leg. Her heartbeat pulsed against my arms. Finally I felt the life leave her body, and I sat back. Her eye was a glossy orb of marble, the life that had danced there now gone. I laid her head down in the autumn grass.

The man and I stood up, covered in blood and saliva and dirt, and he brushed his hands on his sweat shirt. My arm hurt where the deer’s broken leg bone had struck it. People sped by in their cars, not knowing what had just happened. The sun was setting on top of a purple ridge in the west, and the wind rustled the dry oak leaves. How long had we been there with the deer?

Suddenly the man and I were aware of one another. “Buzz Potter,” he said, extending his hand. I shook it.

I felt exhausted and relieved at the same time. I breathed deeply. The air smelled sweet. I looked at the deer lying motionless on the grass and thought about the sheer physical strength it had taken to kill the animal. It was one of the hardest things I’d ever done.

Carly Reitsma’s essay “Taking a Life” [September 2009], about a deer that was hit by a car, prompted me to recall the moments in my life when I was indifferent to the suffering of animals.

In high school I was responsible for the deaths of two mice during a science project that went awry. I sometimes showed an uncaring attitude toward the family cat growing up, and when we sent her to the vet to be euthanized because she was too old and sick to climb the stairs, I didn’t go along to comfort her. I mourn the pet rabbit my brother brought home from a friend’s house; my parents, deciding we couldn’t keep it, abandoned it to the elements.

I know my place on earth is not above that of my fellow creatures but right alongside them. If I find bugs in the house, I carry them outside. I trap mice humanely and turn them loose, and I drive slowly to try to avoid harming any animal.

I did run over a squirrel a few years back, though. Feeling it thump against the car’s underside, I pulled over and got out. It lay motionless in the street. Thinking I could give it a proper burial at my house, I gingerly picked up the squirrel and placed it in the trunk. When I opened the trunk at home, I was startled to find the squirrel alive. It practically flew at me in its eagerness to escape, then raced up a nearby tree, the only visible sign of injury an odd bend in its tail. I haven’t seen it since.

It is not that I do not feel compassion for fish. It is my deep caring for animals that inspires me to catch fish, raise and slaughter chickens, and grow vegetables using practices that do not harm the environment. This fall, for the first time, I will go deer hunting on my land. I know that it will not be easy for me to kill, if and when the time comes. It is never easy to take a life, even though death is a necessary part of living.

I choose to know that the animals I am feeding my family were not disrespected or forced to live in pain, unlike the majority of animals raised for food in America. Rather than become a vegetarian, I strive to be a part of this wild community, taking from it only what I need. In return I do all I can to protect this land and every creature on it.

I was moved by Carly Reitsma’s description of how hard it was to kill an injured deer. Her compassion for that animal was beautiful. When I went to the Contributors page to find out what else she had written, I was surprised to learn that Reitsma fishes for brown bullheads.

Why does her deep caring about animals end at the shore? Each fish values its own life as much as any deer does — or any human, for that matter. Watching fish writhe and die when taken out of water was my first experience of compassion for nonhuman animals. I hope Reitsma will extend her circle of caring to include fish.

Patti Breitman Fairfax, California
More Letters
Thank You Your donations helped to keep our ad-free, nonprofit magazine in circulation last year, funding everything from production to distribution. Learn how you made a difference last year. Learn More 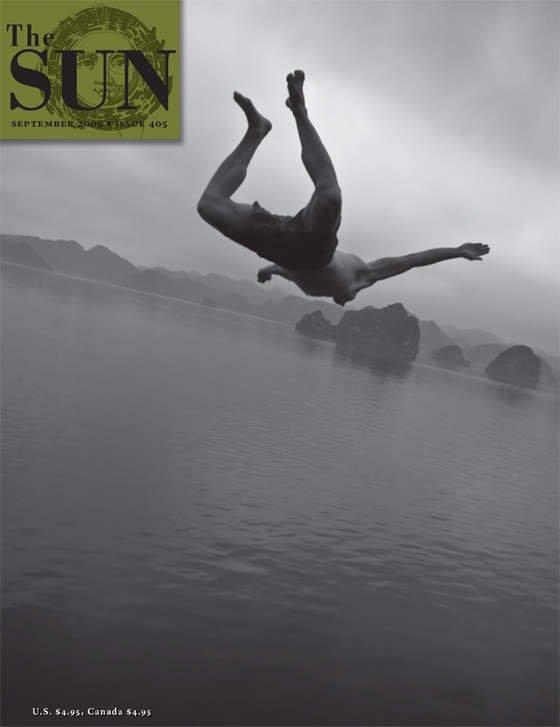 The Sincerest Form Of Flattery

Janine Benyus On The Virtues Of Imitating Nature