My name is Ramon. I am fifteen. One thing people don’t know about me is I saved one of the airplanes on September the eleven from hitting one of the towers. The south tower. No one knows this because I used my power to make everyone forget. There will be people who say I say it now to get credit for this paper due in school but that is not the reason, the reason is people should know what I can do so they don’t mess with me. People did mess with me before and that is how I develop my power. It is a strong power as you will hear now.

What happened was I was walking to school when a plane flew right above me and I knew immediately it was flying wrong because I am sensitive. I laser my ears on it and hear the screaming of passengers inside and the cursing of the bad pilots. Two pilots, they cursing at each other fierce. I hear what they are saying, I understand all the languages with my power, they cursing each other about who gets to be the one who drives the plane into the tower and so be the hero and go to heaven. No time to lose! I drop my backpack and zoom right up and catch the plane. Have to use both hands! It is traveling I estimate one thousand miles per hour. Pilots looking out the window see me catch the plane and are shocked. Eight-year-old boy is catching the plane! They start cursing worse than before but I have heard every kind of cursing, no cursing or hitting can hurt me, I have a secret shield, curses and punches just bounce off me, my mother’s boyfriend he learned that lesson finally, no matter what he tried he could not hurt me. You should have seen his face! He cursed and cursed until I atomized him with my mind and made him vanish. That was the first time I had done that and I was scared but then I realized it was a gift.

The airplane is still moving slowly, even I cannot stop a whole plane just like that, and it bangs me against a building, I think it is a hotel or a television building, but no hitting or banging can hurt me anymore, I use my mind to send the pain far away like a letter in the airmail. Then I turn the plane around and get ready to throw it where it was supposed to go, which was Chicago, I can tell from the brains of the passengers, but before I do that I feel for the real pilot with my mind. He is knocked out, so I wake him up with my mind, and I take the two bad pilots out of the plane by atomizing them through the window, and then I make everyone on the plane forget what happened and the real pilot thinks he had like an electric stroke or something for a second but recovered, and then I shove the plane toward Chicago, so everything it goes back to normal. Then I take the two bad pilots who are hanging in the air cursing and I vision them to a jail in Tanzania, which is a country we were just studying in school so the name is right there in my mind, and I atomize them to the jail. Then I quick land back in the street and get to school where I hear about the other four planes.

I was sad to hear about the other planes but there was nothing I could do, I was so busy with the fifth plane. I think it was a United but I am not sure, I was only eight years old at the time and just learning the power. That was the year I figured out how to make a cursing and hitting shield and how to make things happen by thinking about them. My mom cried for a while about her boyfriend being gone but I figured it was better to let her think he just walked out than to confess that I atomized him. And sometimes I think about the two bad pilots, they are probably still in the jail cursing at each other. Sometimes I lay in bed laughing and thinking about the jail boss in Tanzania thinking he had like ten people in jail and suddenly he has twelve and no one knows who the new guys are or how they got there, but no one actually knows how they get where they are really, so you just do the best you can. 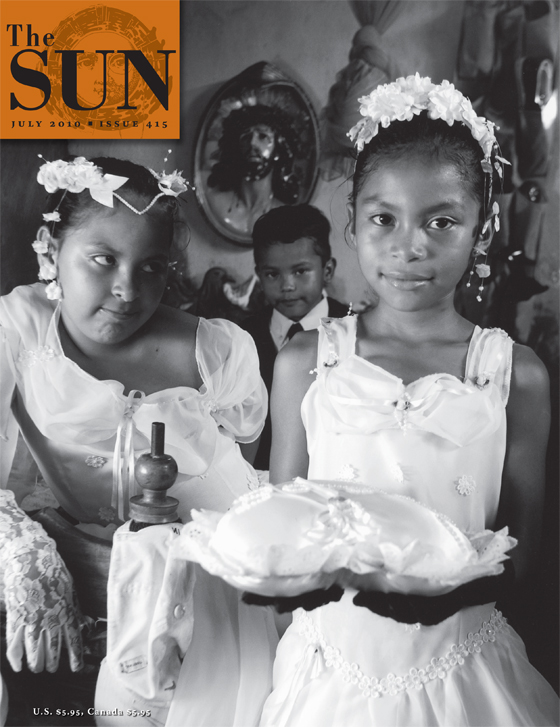 By Gillian Kendall
The Dog-Eared Page

excerpted from
The Doors Of Perception

Malidoma Somé On Rites Of Passage