Feb. 18, SNOWBOUND IN CHAPEL HILL — The pipes are frozen, there’s a half-inch of snow inside the door, and instead of the steady stream of visitors there’s only me, Betsy, and Richard, who braved a foot of snow on the roads to drive here (in North Carolina, that’s brave; schools here close at the threat of snow).

Despite the adversities of Winter, there’s a Spring-like optimism in the air. The long-range survival of THE SUN feels more certain. Last week, two letters arrived from magazine distributors in Wisconsin and New York who want to carry THE SUN. (In the past year, we’ve evolved from a local to a national publication, with one national distributor and several regional distributors, as well as subscribers in most of the country.) The response to the last issue has been favorable. We’re happy with our new printer, Benson Newspaper Printing Company, located in a modern plant about 30 miles from the state capital in Raleigh and about a half-mile from a rundown house with a mountain of beer cans in the front yard and a sign that says, “Stay Out or Get Kill.” What really killed us, though, were the huge presses disgorging thousands of SUNs in a half-hour; on the old-fashioned press we used here, this would have taken a couple of days, under the best of circumstances, and circumstances never were.

Gladdening my own heart is that for the first time in months, I’m caught up at my desk. A sigh of relief — then the abyss. Without that handy mountain of letters and manuscripts to answer, I lack a handy excuse not to write. I hate to write. It means tearing myself away from all my distractions — work, friends, books — and stopping my world long enough to describe it. Which is like describing the unmade bed. Why bother? Why not tuck in the blankets and smooth out the spread? Why search for words for the rumpled face of dreams, or the way blankets curl to the body’s flight and the body’s smell, telling their own story?

Once, I “covered” stories — strikes, murders, the uneasy sleep of a city dreaming itself — covered them with a patchwork of “facts” that passed for truth. Then I discovered a deeper truth: that the reality I struggled to report, objectively was one of many realities, that the world was not a dead thing to which the ambitions and follies of statesmen gave meaning. I found my own power, rooted in my eyes and my heart, in the garden of my mind. The vine of comprehension grew through the cracks; the wall itself crumbled.

In this issue, Jimmy Baca knocks down walls. Aden Field plants flowers in the rubble. Enjoy. 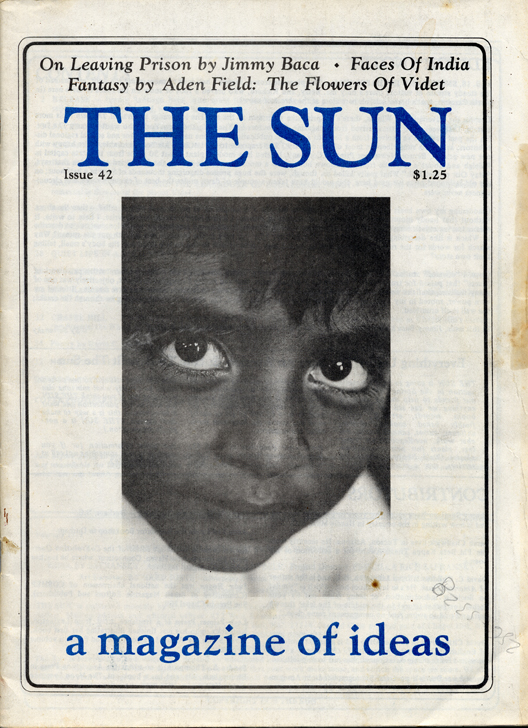