The Book Of Job: A Quiz

Recently I came up with the idea of writing a series of personal essays on biblical events. First, of course, I had to read the Bible. But the Bible and I did not hit it off. Children’s Bibles proved to be more my speed, particularly one by Seymour Rossel. With its review questions, word-search puzzles, and colorful illustrations like those I remembered from Hebrew school, it perfectly addressed my case of spiritual arrested development. The following fill-in-the-blank review questions are from the chapter on Job in A Child’s Bible: Lessons from the Prophets and Writings, by Seymour Rossel.

If the prophet Ezekiel comes to my house, I will show him my home mausoleum, located on top of the bookshelf in my living room. Look, Ezekiel, here’s my mother in the silver ice bucket that she won with my dad in the 1965 Husband and Wife Tournament at Hollywood Golf Club in Deal, New Jersey. I would have mixed a little of my father in there with her, but robbers stole him, in his hermetically sealed brown plastic box, out of my mother’s jewelry drawer back in the eighties.

I also have my first husband, Tony, and our stillborn son, whom we called Peewee. Originally each was in a red, covered urn with a heartlike shape, a big one and a little one, but Peewee’s was smashed when my second husband threw a ball for the dog. I tracked down the young potter who’d made the urn — he was older by then — and he kindly made a replacement. It was much larger than the first, as if the ashes might have grown by age seventeen.

2. “All your children are dead,” said the messenger.

All ten of Job’s kids, seven boys and three girls, whom he worried about constantly, were having dinner at his oldest son’s house when it was hit by a tornado. Four years ago my friend Ellen received a similar message about her sixteen-year-old daughter, Audrey: a car accident in a thunderstorm on the way to a birthday party. Every day Ellen wakes up and gets this news again. Audrey’s dogs, Mocha and Cookie, are still waiting for her to walk in the door.

None of my children are dead, except Peewee, and I have let him go. I could not hold on to a sadness that size for very long. Now it is absorbed in the bones and the fluids of my body. I have three other children, who have all survived their lives so far, and I have my dachshund, who is exactly the size of a baby. In the morning, when we are rolling around and nosing each other, I say, “I love you,” over and over, and he puts his paw — big for such a short leg, with roughened pads and curved black nails — on my cheek as gently as if it were a hand.

Job’s wife is a nudnik renegade, at the end of her rope after watching her husband’s reaction to the loss of their children, their possessions, and his livelihood. He just sits there on the floor, scratching his oozing sores with broken shards of pottery, like the pieces of Peewee’s urn. What happens to her after that is not totally clear. It seems she sticks with him. I have a tattoo of my second husband’s initials on my right shoulder blade. It turns out I made a more permanent decision when I got the tattoo than I did when I married him. We were able to undo our marriage, but I cannot undo this tattoo. It has been absorbed into the tissues of my body. After considering having layers of my skin removed by laser, or having the tattoo somewhat hidden by a much larger tattoo, I began an affair with him.

4. “People should be happy when God punishes them for doing wrong,” said Elihu.

Since I started having health problems and had to quit drinking, my fantasies of indulgence have become more and more extravagant. I want to stay up all night doing cocaine and drinking Veuve Clicquot. Or have carloads of OxyContin delivered from pharmacies in Canada and wash it down with hits of Ecstasy and tumblers of gin and grapefruit juice. I think this is approximately what Job feels, although he expresses it somewhat differently — at least, in the King James Version. But instead of being allowed to climb back up into his mother’s womb and sleep forever, or even wash himself clean with snow water, what he gets is a parade of moronic friends like Elihu coming over to make insensitive comments. Which just shows you how realistic the Bible can be.

5. “If you were really good, God would answer your prayers,” said Bildad.

6. “You are being punished even less than you deserve,” said Zophar.

You are being punished even less than you deserve? This is not straight, not just, not God or good; it sounds more like Old Testament sadism to me. Why do we always want to make people’s suffering their own fault? He was drinking. She was careless. He refused the operation. They were not wearing seat belts. Enough, pals. Find someone else to torture with your theories and your chitchat. Job, did you think of getting a dog?

Of course, he would have said anything at that point. Apparently it all worked out well for him in the end. He got a new house and new kids and patched things up with the wife. His boils healed, and he lived 140 more years. What I think is, he just could not hold on to a sadness that size for very long. That is the one gift we have against all this trouble: our weakness. Things go wrong, people are dopes, your body is fragile, the ones you love can’t help you, even your children are crushed in the unfeeling vise of time. But if you don’t kill yourself or become a hopeless addict or die some other way, you go on, and more things happen. Eventually some of them are good things. Ask the Jews. Ask anyone. Someday, when we are 140 years old, I will ask my friend Ellen. 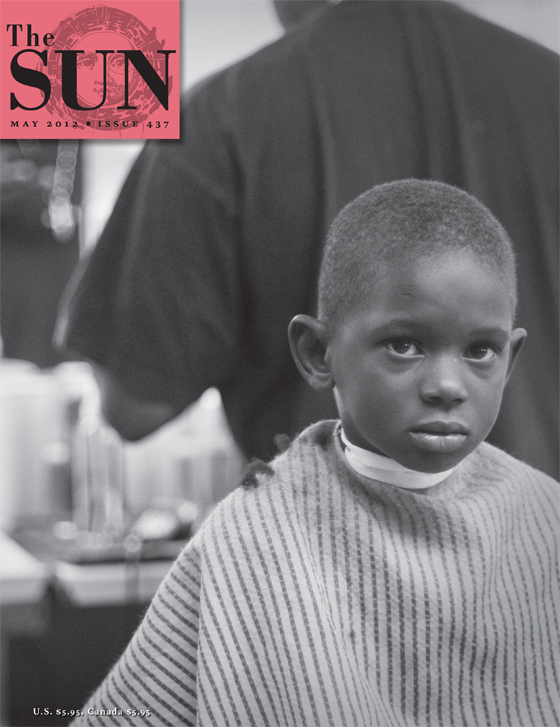 Faithful Over A Few Things

We Will Sing All Six Verses