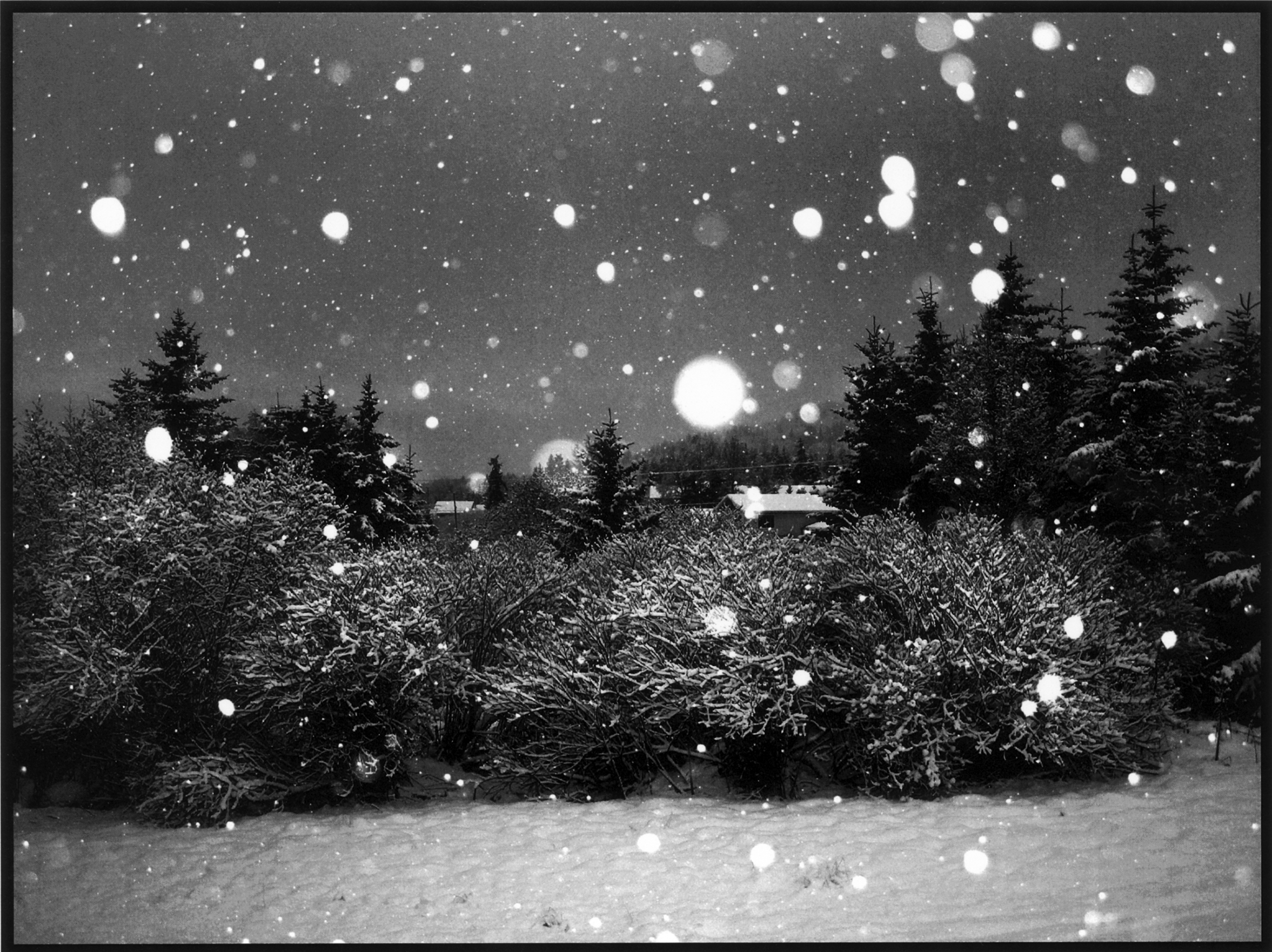 The Winter Of My Discontent

January 10
My wife and I recently moved from suburban New Jersey back to the heart of New York’s Catskill Mountains: the town of Phoenicia. It’s difficult returning here in winter. Everyone we meet has a lost, distracted look, as if they’ve already watched their entire video collection twice and now spend their evenings staring up at the spot where two walls meet the ceiling.

January 11
To prevent seasonal affective disorder I force myself to take a short walk every hour. (Actually I skip most of these walks and generally complete about three a day.) As I walk our road, I talk to myself: “It’s as cold as a barber pole in Patagonia!”

When I was a child, everyone said, “It’s as cold as a witch’s tit.” I suspect that phrase is leaving the language. For a brief time in the early seventies my hippie friends would declare, “It’s as cold as Nixon’s heart.”

January 13
When we first moved to Phoenicia in 1998, wise friends advised me to find a winter sport I enjoyed. I never found one, unless you count complaining.

January 15
Snow is falling on snow that fell on snow. God is like an artist who paints over one painting with another.

January 24
After several years of living in Phoenicia, I began to wave at every car — because every driver was waving at me. People in the deep country wave at everyone. It’s the rural-U.S. version of a Buddhist practice: “I honor each being who passes.”

January 27
One of the benefits of having facial hair is that I always know when the temperature falls below fifteen degrees, because my mustache hairs freeze immediately.

February 6
God attempted to destroy the world with rain but never with snow. Why? Because the Bible was written in the Middle East.

February 10
Is it possible, by an act of imagination, to see winter as a physical-fitness regimen, like joining a gym or the Marines? “Winter is my personal trainer!” one might boast.

February 11
Snow, when it gently wafts, makes rain look positively militaristic. Today the snowflakes are falling in seventeen directions at once.

February 12
One of my fears is that I will be murdered by a snowplow. These massive machines cruise the back roads with impunity, oblivious to pedestrians, ungoverned by law. If they knock over a mailbox, everyone grins.

February 14
The snow in the driveway melted and refroze, becoming a sheet of ice. No matter how carefully you stand on it, you almost fall over. Walking down our driveway is like taking an African-dance lesson.

February 17
Today I am traveling to New York City to celebrate my father’s ninety-second birthday. Riding the subway to my parents’ apartment in Brooklyn, I’m ecstatic to be surrounded by people rather than frozen water. This is what I love: hurtling through darkness with a crowd of strangers. It feels sexy and courageous.

I want to kiss the floor of the F train.

February 19
During winter you find out who’s really poor. A woman I know who works seventeen hours a week in a health-food store moves to Hawaii every January and February. Perhaps a trust fund is involved? The people who remain in Phoenicia are impoverished, like me.

February 20
Driveways are the true dangers of winter. Roads are scrupulously plowed and salted, but a driveway easily transforms into a sheet of ice. The greatest threat is three feet from your house!

February 21
I grew up in a housing project in Manhattan where winters were hot because you couldn’t turn down the radiators. Only in my forties did I realize that the poor are warmer than the rich.

February 22
With a winter like this it’s hard to be frightened of hell. I don’t crave eternal damnation, but it does sound wonderfully warm.

February 28
Few people build snowmen anymore. The children are all inside playing World of Warcraft.

March 1
It’s March, the month containing the propitious first day of spring. The gods of winter are relenting. Over the last two days the snow has begun to liquefy. On my walk I notice that the side of the road is glorious mud. Perhaps each day this month will be gentler, until the heroic equinox.

March 3
My friend Rachel gives me a ride to New York City. She once lived two doors down from me in Phoenicia but now has moved back to Manhattan.

“Winter is a lot easier in the city,” I remark.

“Yeah,” Rachel says. “Winter is something you walk through on the way to the subway.”

March 9
In an ATM vestibule I see an ant — the first ant of spring! We are delivered!

March 18
For the first time in weeks I can venture into the backyard without falling into a snowdrift. I stand by the foot of the mountain and stretch. I raise my arms out to my sides, lift one leg, then the other, and twist my hips. Suddenly I realize: I’m dancing! All winter I walk outdoors but forget to dance.

March 23
It snowed this morning, long and wearily. “The rumors of my death have been greatly exaggerated,” growls Winter.

March 25
Phoenicians speak of winter as if it were an illness. “It’s been a hard one,” they say quietly. “I’m just waiting for it to end.”

March 26
When the Buddha was a child, according to the texts, his parents withheld from him the knowledge of disease, old age, and death. Had the scriptures been written in upstate New York, they would have added winter.

“Can you believe we’re supposed to get fourteen inches of snow tomorrow?” my friend Laura asks me at lunch.

Yes, I can believe it.

I just received my first issue [March 2013] of The Sun after a five-year hiatus. I find it reassuring that the magazine is almost the same but a little different than I remember.

I’m pleased to see that Sparrow is still a contributor. I have been enjoying his work since he wrote for a free monthly magazine in the Hudson Valley more than ten years ago, though I don’t always see eye to eye with him. For instance, after experiencing five virtually snowless winters in Virginia, I miss the weather he describes in his essay “The Winter of My Discontent.” The snow sounds comforting to me, not insanity causing. The temperature here usually stays above freezing, but the wind and moisture from the Chesapeake Bay chill me to the bone. The thought of being blanketed by snow warms my heart. Perhaps Sparrow would consider a housing swap?

I must take exception to the letter in the June 2013 Correspondence from someone called “Raven” who would not renew his or her subscription because of occasional essays by Sparrow.

I have to say I like Sparrow and am always glad to see him in The Sun. His writing is humorous and thought provoking.

I don’t enjoy every essay or story in The Sun equally, but I appreciate the diversity of voices, styles, and perspectives. I would never discontinue my subscription because of one writer’s contribution.

The Magic Of Macy’s