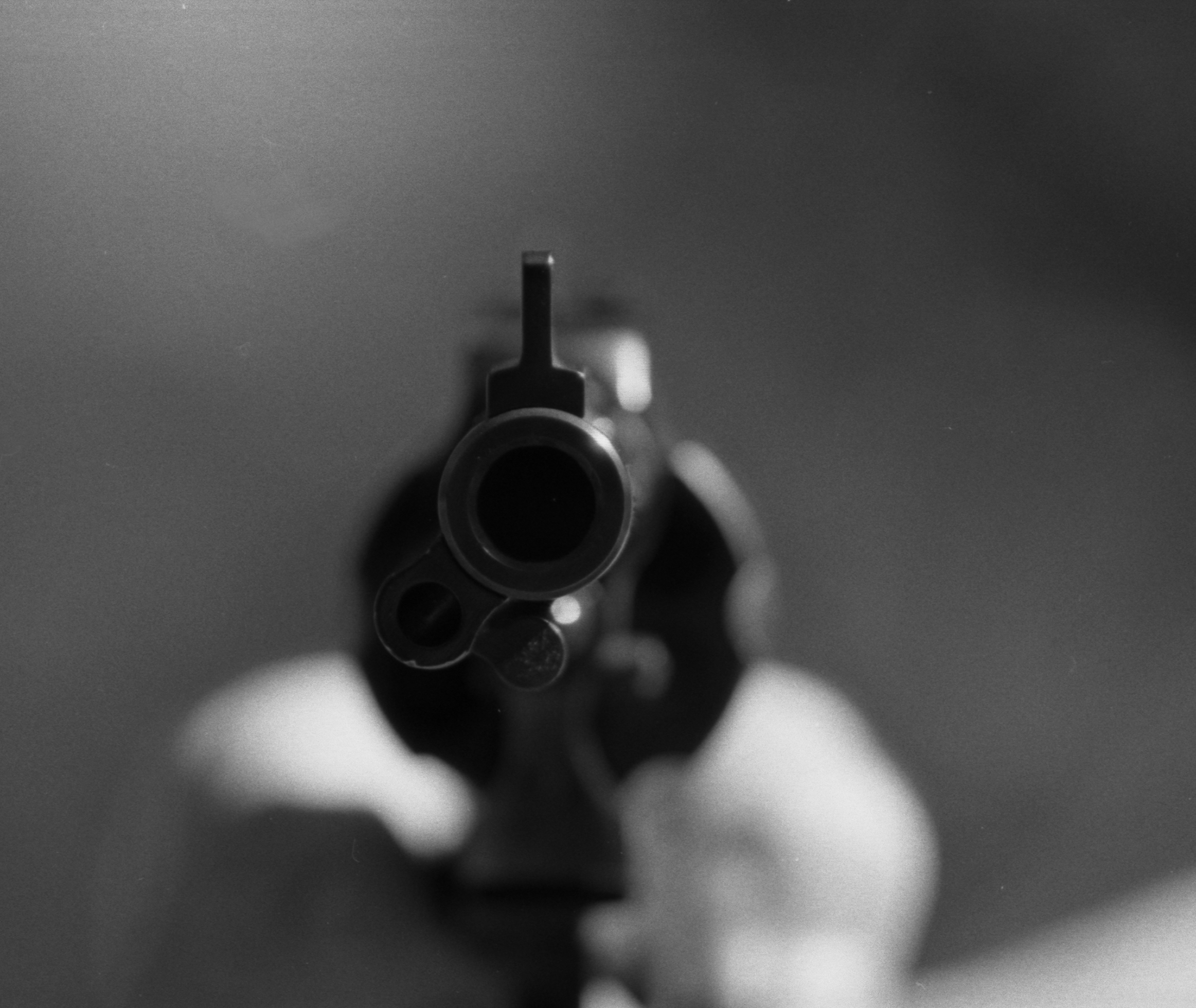 When I was sixteen, I worked at an all-you-can-eat buffet as the roast-beef carver. The restaurant manager taught me how to use a sharpening steel to give my carving knife a razor’s edge. I held the metal rod at an angle and then brought the knife down and across it. The blade sang as it came off. After a few strokes on one side, I would hone the other.

Once he was satisfied that I could keep my tool keen, the manager taught me to carve paper-thin slices of beef. I could cover half a customer’s plate with hardly any meat at all. If someone asked for more, I was to deliver a second handkerchief of beef. If the diner asked again, I was to tell him he was free to come back through the line later.

Customers’ reactions to my nearly transparent slices varied from acquiescence to ridicule to rage. I could see the issue from both sides. Before being promoted to carver, I had been a busboy, so I knew how much food we threw away with every table cleared. Into the trash went chicken legs with one bite taken out and whole untouched desserts. I don’t know what roast beef cost the restaurant, but from the manager’s perspective it was too expensive to let customers serve themselves. They would have taken too much, just as they took too much of everything.

On the other hand, I understood the point of view of customers who, coming to where I stood at the end of the buffet line, would show me with their fingers how thick they wanted their meat cut. Like them, I loved roast beef. If we ended the night with just an inch or two of roast remaining, I’d wrap it up and put it away in the walk-in refrigerator, then steal it on my way out. I’d eat that cold slab while watching TV in the basement before I went to bed. I was the only diner whose gluttony for beef was ever satisfied.

My friend Joe is full of metal — most of it shrapnel from a land mine. He was shot with a .50 caliber machine gun, too. In war you’re not likely to see the soldier who fires the bullet that hits you. You don’t know his story or how he felt, whether he was cool with purpose or full of rage. It’s nothing personal.

Joe doesn’t know anything about the guy who shot him in Florida either. Joe was bicycling home from the grocery store, and a car slowed down beside him as if to ask directions. Just as Joe turned to see who it was, he heard the pop and felt the pain in his hip.

Joe has a theory: The shooter was a kid with a new handgun, and he wanted to try it out. It was nothing personal.

Usually I could see them coming, the customers who were going to give me the most grief. They were always big guys — big with muscle or fat, or some of both. They’d come to my carving station, and they’d tell me what they wanted, and instead I’d give them only what I was supposed to. More than one man, when told he could come through the line again later for more, picked up the slices I had already carved, stuffed them into his mouth, and said, still chewing, “Now give me some more.” Sometimes a wife or girlfriend would chide him or silently pick up her tray and walk away from the scene.

I was supposed to tell these men that they couldn’t eat in the buffet line because it was against health code. I wouldn’t, though. I’d just keep cutting thin slices for them until they felt they had won.

Walking home from the restaurant late one Saturday night, I followed the train tracks for a few blocks to where the empty boxcars were parked. My mother had asked me not to go that way. She wanted me to walk home by a route that was well lit.

The tracks ended at Simms Street, and from there I walked down the median of a wide but quiet road. A car slowed alongside me. I heard a rhythmic thump, thump, thump, and I looked over. It was a muscle car — a Mustang or a Camaro maybe. A back-seat passenger hung his arm out the window, and in his hand he held a mallet, the sort you’d use to bang dents out of a car body. He was thumping it against the door.

I was wearing a white button-up shirt and black pants and holding a rolled-up apron in my hand. My hair was cut short for my job. Everything about me said prey.

I turned and ran, dodging through traffic on Simms. Tires squealed as the muscle car made its turn. I stumbled along the train tracks, the headlights behind me bobbing and glaring, coming closer. By the time the car stopped at the intersection, I was hidden in the darkness underneath a parked boxcar, behind the wheels, where not even my white shirt would give me away. The car idled, then roared off.

There were at least two people in that car: the driver and the guy in back. There was probably a front-seat passenger too. There could have been a fourth. I was alone. I knew nothing about fighting. Running was the smart thing to do. But I was ashamed.

I fantasized about what I could have done differently. What if I’d always carried, rolled up in my apron, the tools of my trade: the big fork with two sharp tines and my carving knife? Then I could have been standing under the streetlight waiting while the car made its turn and raced back. The blade would flash and sing as I expertly sharpened it. I would feel compelled to warn my would-be attackers — as they sat in their car, reconsidering — that I used the knife for many hours every week.

It’s probably no surprise to anyone that at sixteen I fantasized about power and revenge. What surprises me, though, is that I haven’t outgrown the fantasy. A few times every year, when something reminds me of that summer or when I feel abused, I revisit that night and picture myself swinging the knife like a samurai sword, the severed hand still holding the mallet, the arterial spray. As I have rehearsed the scene in my mind over the decades, many of the details have changed, but one endures: the satisfaction I feel when I imagine standing my ground.

Before our divorce was even final, my ex-wife was breaking up with her lover. One night he was angry that she wouldn’t come outside to talk to him, and he tried to break into her home. Afraid he might try again, my ex asked if I would help her buy a gun and show her how to load and shoot it.

Together we picked out a .38 revolver and hollow-point bullets. The dealer recommended the hollow points, saying, “That way, if you only hit him in the arm or the leg, it doesn’t matter. He’s going down.” On the range we took turns shooting at a paper silhouette of a man.

As I aimed and fired, the paper target was sometimes just a target, but sometimes it was my ex-wife’s ex-lover.

When I think about those guys in the muscle car, I don’t always imagine having my carving knife inside the apron. Occasionally I think of standing under the streetlight with that .38. I keep it concealed until they jump out and come for me. I don’t want them to know about the gun until it’s too late.

My father taught me to shoot when I was a boy. He said it was something every man should know how to do, and I agree.

I don’t own a gun, though. Somehow I don’t think it would be a good idea for me to have one. 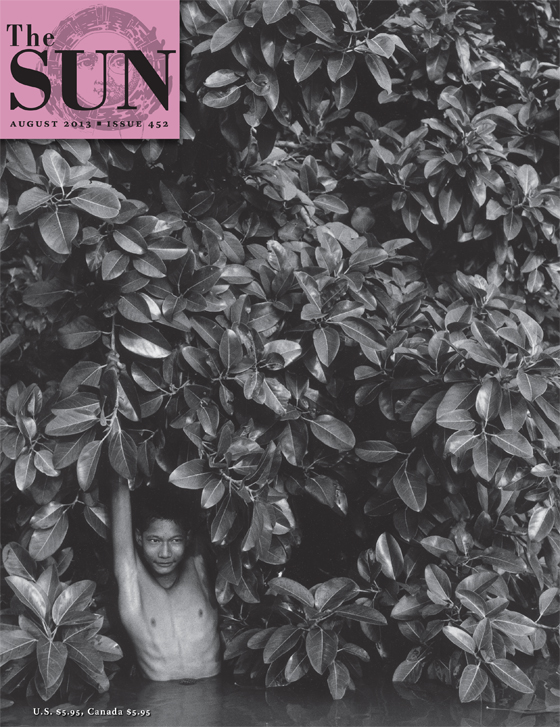 No Day At The Beach

The Hour And The Day