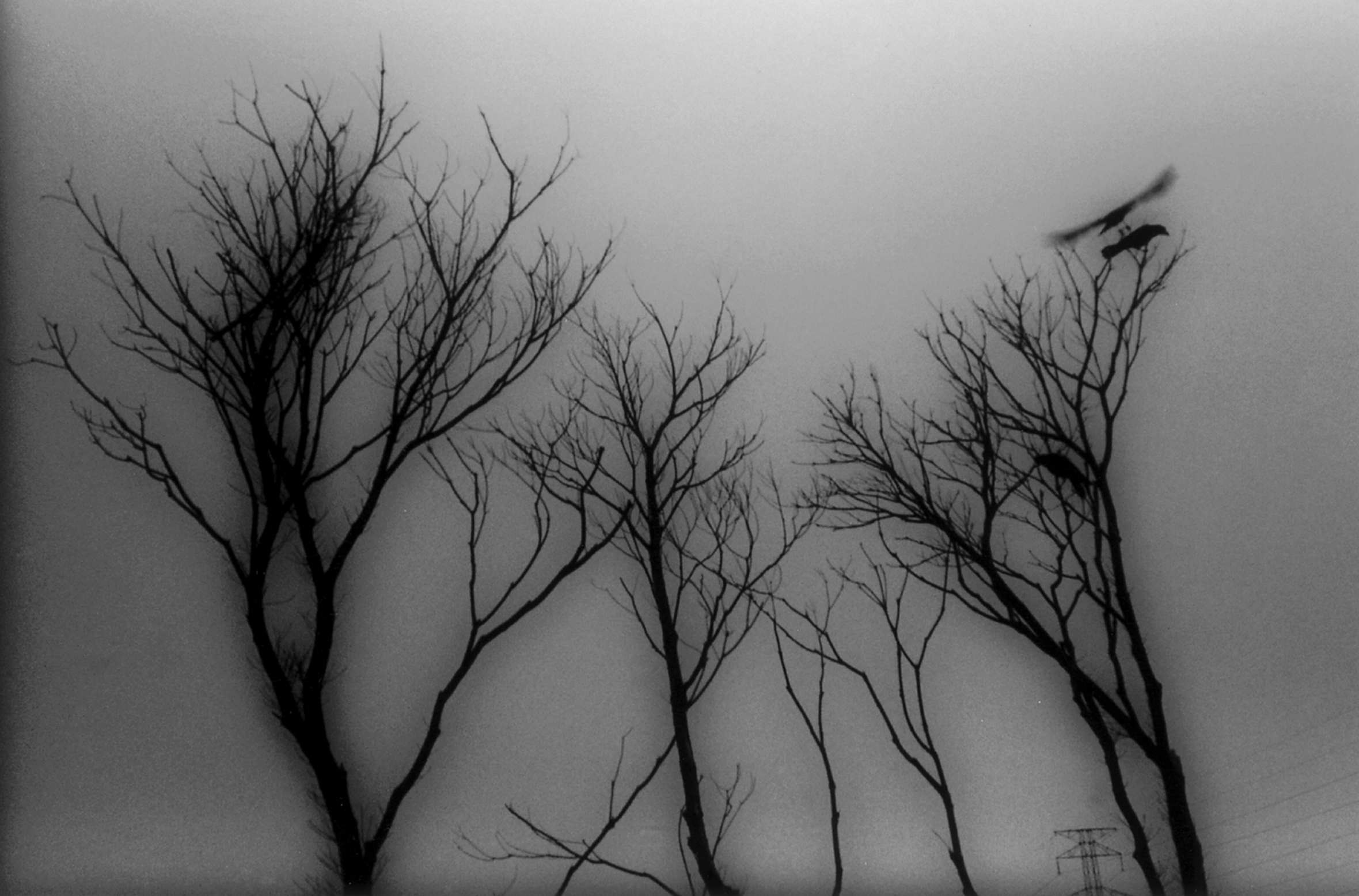 To which I answer, I haven’t the slightest idea. But here I am, driving to his funeral in rural Connecticut, and there is my uncle Eddy in the passenger seat, companionably sipping on a Schlitz, as usual. His hair is swept up in its usual wave, and he is wearing his telephone lineman’s uniform. I think he is wearing his work boots too, but I cannot see his feet. I want to ask him if drinking a beer is a particularly good idea at eleven in the morning, but who am I to question a guy on the way to his own funeral? So I don’t say anything, but it’s like he can read my mind, because he says, Look: (a) it’s not like I have to give a speech at this event, and (b) it’s only one beer, and (c) you would think that if ever a man could be excused from what is and isn’t proper, it would be on the way to his funeral. Plus didn’t you have two cups of coffee this morning? Why is one kind of stimulation better than another? Plus your aunt will be in high dudgeon, and I want to be relaxed.

He’s right about my aunt, who is an excitable person, and also dudgeon is a lovely word, and just then a big hawk floats right over the road in front of us, so neither of us says anything for a while. After it’s gone, my uncle talks about hawks: As a lineman, you know, you enter their world to some degree, he says. I have been dogged by hawks, sure, and seen thousands of them floating by, some of them carrying kittens or snakes or mice. I have explored a few nests, yes. The company wants us to dismantle the nests, but I never had the heart to do such a thing. Who wants to take apart someone else’s domicile? Not me. The first time I was up there with a nest and thought about taking it apart, I thought of my own house. If two big gloved hands took down my walls and the kids’ bunk beds and my workshop in the garage, wouldn’t I be annoyed? Sure I would.

This is the turn to Waccabuc, and there is no reason on earth that we should go to Waccabuc, but who am I to argue with Uncle Eddy? He was such a quiet guy that I always gave him the benefit of the doubt, even when he was cooking and put all that vodka into the tomato sauce — what kind of sauce needs all that vodka?

He points out the telephone poles as we drive and says, These are the old-style poles, you see, with all the creosote; nowadays they coat them with some other stuff that’s not as foul and hard on your lungs. Probably that’s why I got cancer, but what’s the difference now? I had a good run. Didn’t get shot to death in the war. I really liked your aunt, despite all her melodrama, and we had the kids. Sure, they had their problems, but who doesn’t have problems — am I right? We held the family together. We had a great dog. And one daughter became a nun. We were so proud. I will say it was hard to watch her walk into the convent that day. It’s supposed to be the best day of your life as a dad, but was it, really? My baby girl walking into a sort of prison, and the gate closing behind her with a clang. You have these moments when you are supposed to feel one way, and you feel another way altogether, and you don’t know if you are a fool or what. Then my son went off to the war, and some of him didn’t come back, as you know. We never really talked about that in the family. Probably your aunt did with your mother, them being sisters, but certainly the rest of us didn’t. Talking about my feelings — what would be the point? It’s not like my feelings are going to help the kids get jobs — am I right? Go left here.

On the east side of Waccabuc, right on the Connecticut border, there are two little lakes, and we stop to stretch. Just as we get out of the car, a heron flies over. Herons sure look like dinosaurs to me, says my uncle. I bet they have been around for millions of years. You have to admire a species that gets it right and just stays with the program like that. I don’t know if we are ever going to get it right, but I suppose it could happen. It didn’t happen in my lifetime, but maybe in yours if someone speeds up the program.

He is wearing his telephone lineman’s boots, I notice, and I screw up the courage to ask him if it’s appropriate, wearing his uniform to his funeral, and he says, Ah, what’s the difference? For one thing I will be in a closed casket, and for another I was never much for dressing up, as you know. I never looked good in a suit. In my army uniform or my lineman’s uniform, not so bad, but in a suit, no. I had to wear a suit the day your cousin entered the convent, and it added to the discomfort of the situation. Poor girl. She said she was happy, but was she really? I don’t know. She switched orders, you know. That should have been a sign to us that something was wrong. But there were so many fires to put out back at the domicile.

The rest of the way to Danbury we continue to make detours to see lakes. There’s Mamanasco and Naraneka and Waubeeka, plus various small lakes that are basically large ponds. At each one Uncle Eddy wants to get out and stretch and skip stones and look for birds. I point out that the funeral is supposed to start exactly thirty minutes after the last Mass, and he says, Well, first of all, the last Mass will get out late, because it’s Father Curran, and he has never met a word he didn’t like. He will perorate thirty minutes easy on the sermon. And second of all, it’s not like you can have a funeral for a guy if the guy is not actually present. And third, this is the last time I am going to see lakes. So ease up.

THERE ARE A WHOPPING seven Catholic churches in Danbury, and when we get there, I realize that I forgot to ask where the funeral is being held, but my uncle knows, of course, and it turns out he was right about Father Curran’s sermon, because Mass is just letting out when we arrive. I drive around the corner and park next to the church playground, and Uncle Eddy and I just talk for a while. I tell him I always liked him, although I didn’t know him very well, and he says he appreciates that, and that I shouldn’t feel bad, because what kid really knows, or even cares to know, the old people in his family — am I right? And he says he liked my family, too, and he wishes us the best, and it would be a favor to him if we would stay in touch with his wife and kids. It’s not like you have to be their best friends, he says, but just keep apprised, you know? Your aunt is not going to last much longer. Be kind to her. She can get on your nerves with all the melodrama, but she’s really a sweetheart.

The last thing we talk about is his beer can. He smiles and says, I can’t leave an empty in your car, or your mother will worry. And he gets out to drop it in the garbage. I am waiting for him to come back, because I want to ask him about fatherhood and children and joy — I think because we are parked by the playground — but after a minute I realize he is gone. So I put on my suit jacket and go to the funeral. It’s a closed casket, as Uncle Eddy said, and I am awfully tempted to crack it open and look in, but I don’t. One of my brothers will say later that we should have slipped a can of Schlitz into the casket, but people would have taken it the wrong way if they’d found out. People would have thought we were being idiots or making a snide comment about his drinking, but it wouldn’t have been like that at all, not for us. It would have been a way to say thanks.

I loved Brian Doyle’s “Essay in Which My Uncle Eddy and I Attend His Funeral” [October 2013]. What an eloquent piece of writing. In a mere page and a half he touches on all the conditions of the human heart with a perfect blend of poignancy and humor.

Ginny B. George Lahaina, Hawaii
More Letters
What Do You Think? We love getting letters to the editor for our Correspondence section.
Has something we published moved you? Fired you up? Did we miss the mark?
Send A Letter 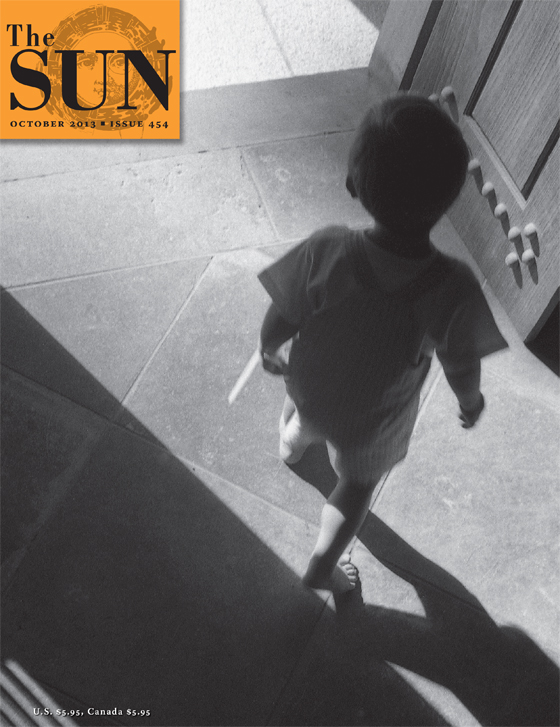 Virtue Of The Month