Menace Around The Edges | By David M. Guy | Issue 47 | The Sun Magazine
close

Menace Around The Edges

After an early false start as a poet and a substantial career as a composer, Paul Bowles began his career as a short story writer in his mid-thirties, when he was asked to edit an issue of a magazine on Central and South American culture and felt an urge to invent some myths of his own. He hoped to inhabit the primitive mind, and resolved to adopt “the old Surrealist method of abandoning conscious control and writing whatever words came from the pen.” In “By the Water,” for instance, a young man enters the baths of a strange and unfriendly town, and after following the long dark corridors to the pools, happens to run into the proprietor of the place: “The creature’s head was large; its body was small and it had no legs or arms. The lower part of the trunk ended in two flipper-like pieces of flesh. From the shoulders grew short pincers.” These early stories contain the stuff of myth, all right, but can seem a little fragmented and unsatisfactory: one can sense around the outlines the highly intelligent writer who has invented these myths.

It was when Bowles allowed this side of himself to enter the stories that he found his real theme, the conflict between the civilized and the primitive, the intellect and the unconscious. A language professor visits Ain Tadourit, in the “warm country” (the settings, for the most part in Mexico and North Africa, are alien and unknown to me) and after trusting a native falls among a band of thieves; they beat and mutilate him — “When the Professor opened his mouth to breathe, the man swiftly seized his tongue and pulled on it with all his might. The Professor . . . could not distinguish the pain of the brutal yanking from that of the sharp knife” — dress him in a grotesque suit of metal, and make him perform as a kind of dancing bear until he loses nearly all memory of language. The action, of course, is wonderfully symbolic, but seems as one reads it simply stark naturalism, a compelling narrative. In “Under the Sky,” a boy leaves his mountain village for his yearly visit to the town, and under the influence of kif rapes a white woman, threatening her by gesturing to the sky, an image to him of death; one can imagine the terrifying experience that it was for the woman, but for the boy it held a kind of beauty, and in subsequent years he wept, as if for his mother, when she did not return.

In the quintessential early Bowles story the protagonist is a traveler, often a kind of innocent, at least innocent of the extraordinary situation he is entering. The physical conditions are extreme, and generally the extreme of climate is an overwhelming heat. The protagonist finds himself at the edge of things, the border where a town gives over to a forest or desert, the edge of a ravine, the section of town where the lights give way to darkness. There is an overwhelming sense of menace. Something apparently unnatural, irrational, takes place — harm might be done to some harmless thing — and we enter a world that is starkly primitive beyond anything we had imagined. A Bowles story is a journey to an alien place, but also into the depths of a human being, as the linguist, for instance, discovers what sort of man he is without speech.

What comes as a surprise is that Bowles was eventually able to abandon this early vein for a much different kind of story. The stories in the second half of the volume are lighter in tone, generally comic, often anecdotal. A cluster of short pieces at the back seems more like a collection of fables. Some of these stories can seem less substantial than the early work, but others, and particularly the longer ones, seem to me his best, in that they present a fuller view of existence. “The Hours After Noon,” simple in its form and method, is an acute study of an innocent girl, her repressed mother, a cold brainy archaeologist, and an aging lover of young girls: they come together as might be expected, but emerge as far different from what they had seemed, and move on to the kind of violent ending that one might have found in an early Bowles piece. “The Frozen Fields” is a study of a family on its Christmas holiday; with its picture of a frustrated, unhappy, and violent father, an abused and enduring son, it is perhaps the most touching of Bowles’ stories, and the last thing one might have expected from the author of the early exotic desert scenes.

Thus the Bowles who held our attention with striking and almost mythical action in the early stories holds it toward the end in more subtle ways. Even a late story like “You Have Left Your Lotus Pods on the Bus,” while almost wholly anecdotal, is enormously funny in its treatment of the gulfs that separate people. A clean simple stylist, an acute observer, Bowles has no solution to bridge those gaps. Like a learned geographer surveying the landscape, he simply records them. 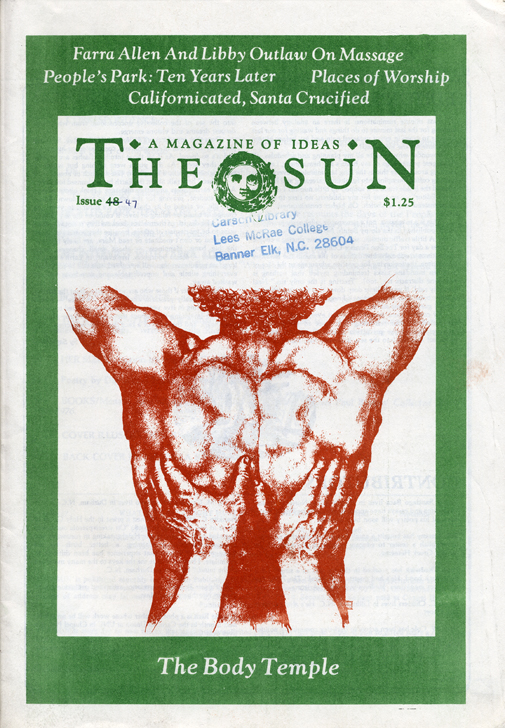 At The Other Edge