After being married to Norma for thirty-one years, I still have such sexy dreams about her. This morning I considered waking Norma to finish what my dream Norma had started. Common sense prevailed, however, so I got up quietly, took a cold shower, rolled naked in the snow, did a thousand one-arm pushups, then switched arms and did a thousand more.

I dreamt that my dead mother insisted we have a “serious talk.” It was obvious to her, she said, that I think too much about sex. “Mom,” I blurted out, “you’ve got to be kidding. I’m sixty-nine years old, and you’re lecturing me about sex?”

What does a good marriage have in common with good writing? Consider these rules from Strunk and White’s The Elements of Style: “Place yourself in the background.” “Avoid the use of qualifiers.” “Do not take shortcuts at the cost of clarity.” “Do not overstate.” “Do not explain too much.” To which I’d add: Show, don’t tell — though an occasional “I love you” never hurts. And avoid the passive voice — especially of the passive-aggressive variety.

I dreamt that I ran into a friend at a party. He introduced me to his new lover, then said he was tired and needed to lie down. His lover and I began to dance, and we got carried away, and my hands wandered. Maybe my friend wouldn’t mind, I thought. After all, his lover was married to someone else. And so was my friend. And so was I.

Why do I become such a reprobate in my dream life? Who is the real Sy: the happily married man who keeps his hands to himself, or the serial adulterer who can’t wait for the other guy to fall asleep?

The comedian Henny Youngman’s most famous one-liner was “Take my wife — please.” But he and his wife, Sadie Cohen, were apparently very close. She didn’t mind being the butt of his jokes and often accompanied him on his tours. I read recently that Sadie was terrified of hospitals and, during the prolonged illness that led to her death, Youngman had an intensive-care unit built in their bedroom so she could be looked after at home. When she died, they’d been married more than sixty years.

Norma leaves town today to attend another weeklong conference. As usual, I don’t want her to go. I never want her to go. This isn’t just because I love her. It’s because, right before she leaves, storm clouds gather, the wind picks up, and my fear of abandonment sweeps over me like a giant wave. I’m practiced at drowning by now. I excel at gasping. My flailing technique is the envy of lesser men. Therapy has helped — a little. So has learning not to blame Norma for leaving. I still blame myself — for what, I can’t exactly say. I might as well condemn myself for choosing the wrong parents, or the wrong planet. Yet here I am, Harry and Rosie’s son, waiting for the sun to rise on the world I call home. There’s a moon in the sky, just one, fickle in its phases but a constant companion, and stars everywhere — stars I can see and stars I can’t see, stars dying and stars being born, light pouring out of every window in the known universe — and, just to keep things interesting, massive black holes with their shades drawn tight, reminding me I understand as little about the heavens as I do about the darkness inside me.

I drove Norma to the airport yesterday, then stayed up late moving furniture around, hoping to make our house feel more like a home. In bed, unable to fall asleep, I tried to rearrange some of the furniture in my head: pieces I’ve never been able to budge, ornate creations from the Old World, family heirlooms I seem to be stuck with.

Did I once imagine that the love of a woman would save me? After more than three decades with Norma, am I saved? If I were living with ten Normas, would I be saved then? So much love, from ten different directions. Five Normas could go to the conference, and five Normas could stay here with me, laughing at my jokes, paying close attention to the surprising twists and turns of my late-night philosophical ruminations, wrapping their arms around me as I drift off to sleep. Five Normas, ten arms — and wouldn’t I be yearning for the five Normas who weren’t here? Look, this should be an embarrassment to all the gurus whose teachings I’ve studied and whose blessings I’ve sought; and to all the pharmaceutical companies that can’t seem to pin the tail on the donkey without inadvertently poking the donkey in the eye; and to our first African American president, who promised real and unmistakable change. Sorry, Barack, but I expected more from you. I’m still glad there’s a black man in the White House. I’m not glad that, for the next week, I’m going to be an old white man rattling around alone at night in his own house.

I dreamt last night that I couldn’t reach Norma on her cellphone. When I mentioned it to Norma this morning, she laughed. Last night she dreamt that we were trying to make love but kept being interrupted by her ringing cellphone. 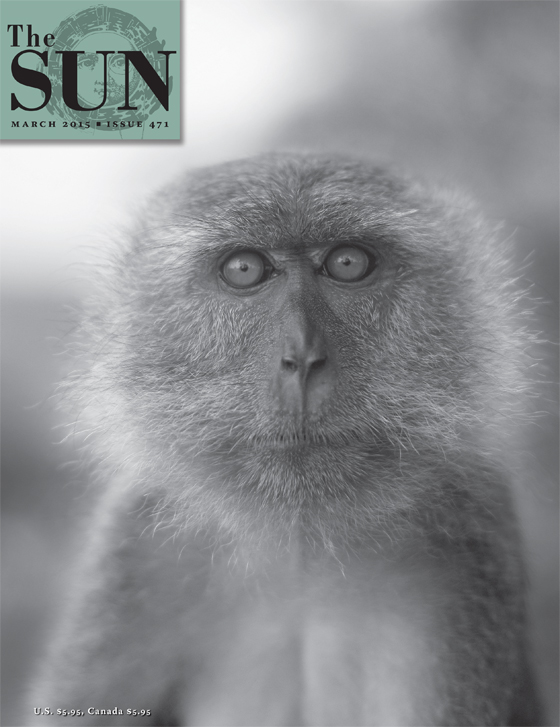